Is Latvia going to correct the demography by inviting an additional NATO contingent?

31 May 2016
37
Bodies of the Latvian state statistics published information on the state of demography in the country. Amid rising birth rates around 200, people in 2015 compared to 2014 year, the country continues to slide into the demographic pit. There is an aging Latvian population (from 23% in 2014 to 23,2% in 2015) amid a general decline in the number of inhabitants in the country.


Baltic Information Resource BNS With reference to the Central Statistical Office reports that in Latvia that year in a row there is a natural decline in population. Last year, the natural population decline rate in the Baltic republic reached a five-year maximum - “minus” 0,86% per year. This is on 17,1 thousand people more than, for example, in 2014 year. For Latvia, in which a constant number of inhabitants does not reach 1,969 million, there are quite serious negative indicators, which once again speak of "democratic prosperity" in the country of the victorious Western ideology.

To date, the population of the European Union of Latvia is at the level of 1951 (!) Of the year. And the Latvian statistics say that all the years of the state sovereignty of Latvia, multiplied by Russophobic bucking and manners, the population of the country is falling. From year to year ... From year to year ... Only in the last 12 years (years of Latvia being in the European Union), the number of the Latvian population has decreased by 350 thousand people (this is 15,1%) - more per cent per year. The deterioration of the demographic situation in Latvia is due to both the migration outflow and the decline in the birth rate against the background of increasing infant mortality rates.

And so ... the Latvian authorities decided to cut the Gordian knot of the country's demographic problems. How? Maybe they decided to develop medicine? - No ... Then maybe they created an institution of financial support for large families? - Also no. Well, maybe you decided to contribute to the interest in the intra-Latvian employment of those who go as guest workers outside of Latvia - to the Netherlands, Ireland or Britain? - Again slip ...

But what then is the “breakthrough” decision of official Riga for a possible solution of the demographic collapse of the republic?
And it lies in the fact that instead of opening perinatal centers meeting European standards, creating new jobs and increasing the level of social guarantees for young families, the Latvian leadership decided to open the country’s doors wide for NATO “seekers”. Of course, no one says that NATO soldiers are considered as "inseminators" of the Latvian female population. But the facts themselves expose the "interesting" trend. Against the background of a decreasing percentage of the male population of Latvia, the next “point of reception” of NATO servicemen opens in the country. 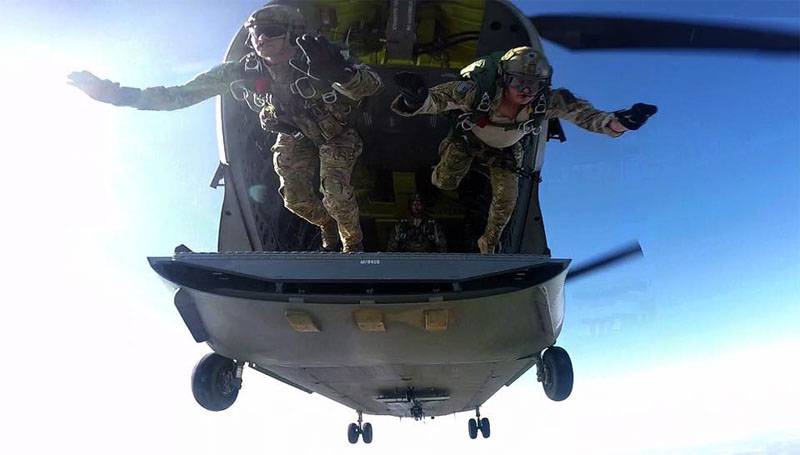 A garrison, designed for the simultaneous deployment of thousands of troops from various countries of the North Atlantic Alliance, is being commissioned in the Adazi area. In the current year, it is planned to commission the NATO military barracks on 2, and then implement a plan for the rest of the infrastructure of the next NATO military base in the Baltic States.

So that information about the construction of facilities for NATO needs does not provoke a wave of anger among those who believe that budget funds should be spent not on writing (in beds) soldiers, but on expanding social guarantees for the population, the official authorities of Latvia announced that built at the expense of those countries, the soldiers of the armies of which this object will be exploited. There are no specific countries from which the contingent will arrive, but the cost of construction and infrastructure works is called about EUR 68,5 million for two years.

It turns out that as early as next year, the Central Statistical Office of Latvia may report on a "significant increase in the country's permanent population." Why permanent? Because, according to the plans of Brussels, the NATO contingent in Latvia will be introduced, but will not be withdrawn. More precisely, one contingent will change to another within the framework of rotational measures, while maintaining (or even increasing) its number. Some will “seed”, then take turns others, because NATO sex tourism, as shown by a series of cases near American bases in Okinawa, is a phenomenon that, as they say, has yet to be assessed.

Although individual single Latvian women who hope that they can still participate in the improvement of the demographic situation in the country with the help of NATO brave warriors, it is necessary to treat this perspective with some doubt. Against the background of recent news that for the first time in stories The US land forces led by an open, sorry, homosexual, the hopes of individual Latvian citizens for "great and pure love" with a brave American corporal or lieutenant can break on the boulders of the military-sexual revolution that occurred in the West ...