Prosecutor General of Ukraine Lutsenko said that the Black Sea Fleet Commander Admiral Alexander Vitko will be convicted by a Ukrainian court, his property will be confiscated

30 May 2016
130
New Attorney General of Ukraine Yuriy Lutsenko объявил that, with the permission of the Ukrainian court, a pre-trial investigation "in the case" of the commander of the Black Sea begins fleet RF Admiral Alexander Vitko:
A few days ago, the military prosecutor's office received permission from the Pechersk District Court of Kiev for a special pre-trial investigation, for the correspondence conviction of the Black Sea Fleet commander Vitko. 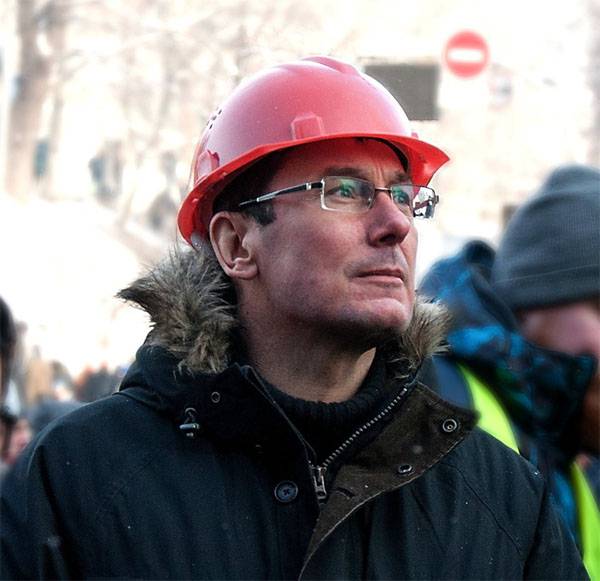 According to Lutsenko, an investigation has been launched into the 700 servicemen, prosecutors and judges serving in the Crimea, in the case of “high treason” as well.

The Prosecutor General of Ukraine said that by the end of the year "they will all be convicted and their property confiscated." The last statement draws special attention. Perhaps Ukraine today is one of the few countries in the world where the Attorney General, even before the start of court hearings, declares what their result will be. This once again speaks of the complete absence of even a hint of the legal system. And where does the legal system come from in the country, the current prosecutor general from among criminals, and the country itself a couple of years ago went through the blood of a coup d'état with money from oligarchs and western puppeteers.

Question: will Admiral Vitko Lutsenko himself go to Sevastopol for property? ..

Ctrl Enter
Noticed oshЫbku Highlight text and press. Ctrl + Enter
We are
The chief military prosecutor of Ukraine Matios said that the commander of the Black Sea Fleet of the Russian Federation, Admiral Alexander Vitko "is hiding from the Ukrainian investigating authorities"The action “Military service under the contract is your choice!” In Rostov-on-Don: future contract servicemen, exhibitions and “Russian Knights”
Military Reviewin Yandex News
Military Reviewin Google News
130 comments
Information
Dear reader, to leave comments on the publication, you must sign in.