Ankara plans to open a “second front” in Syria together with the United States, but without the participation of the Kurds

30 May 2016
30
Ankara offers Washington “unite efforts” in Syria, provided that Kurdish formations do not participate in the events of this alliance, reports RIA News statement by the head of the Turkish Foreign Ministry Mevlüt авavusoglu. 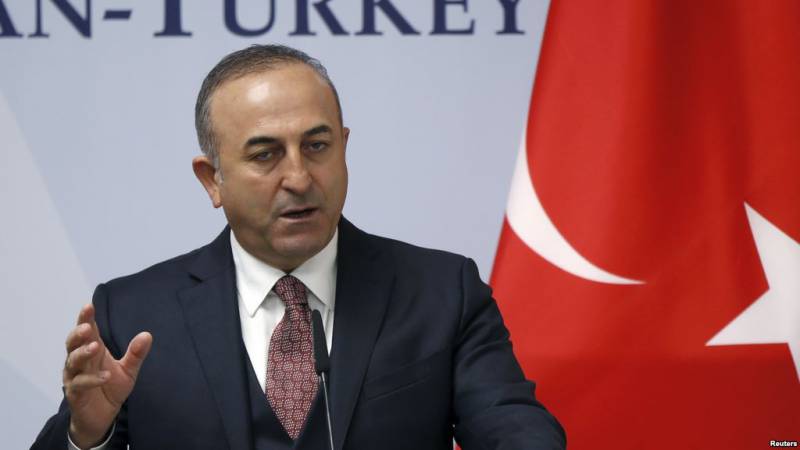 “If we combine our forces, they (the United States) have their own special forces, and we have our own,” said Чavusoglu.

“The question we are discussing with the Americans now is to close the area near the city of Manbidge as soon as possible ... and the opening of a second front. The second front should be, but without the participation of the Syrian Kurdish Party of the Democratic Union (PDS) ",
added on.

According to him, such a “second front can easily head towards the city of Rakka (the unofficial capital of the IG).

Currently, Rakku is being stormed by units of the Syrian Democratic Forces, which for the most part consist of Kurds. This offensive supports aviation Western coalition.

Recall, Erdogan has repeatedly criticized the United States for their support of the PDS, which, in his opinion, is associated with the Kurdistan Workers Party banned in Turkey.

Ctrl Enter
Noticed oshЫbku Highlight text and press. Ctrl + Enter
We are
Kurdish militia drove terrorists out of the city of Manbij in northern Syria"Army games 2015". Opening with our eyes. Reportage
Military Reviewin Yandex News
Military Reviewin Google News
30 comments
Information
Dear reader, to leave comments on the publication, you must sign in.