Putin warned about retaliatory measures for deploying a missile defense system in Romania and Poland (The Independent, United Kingdom) 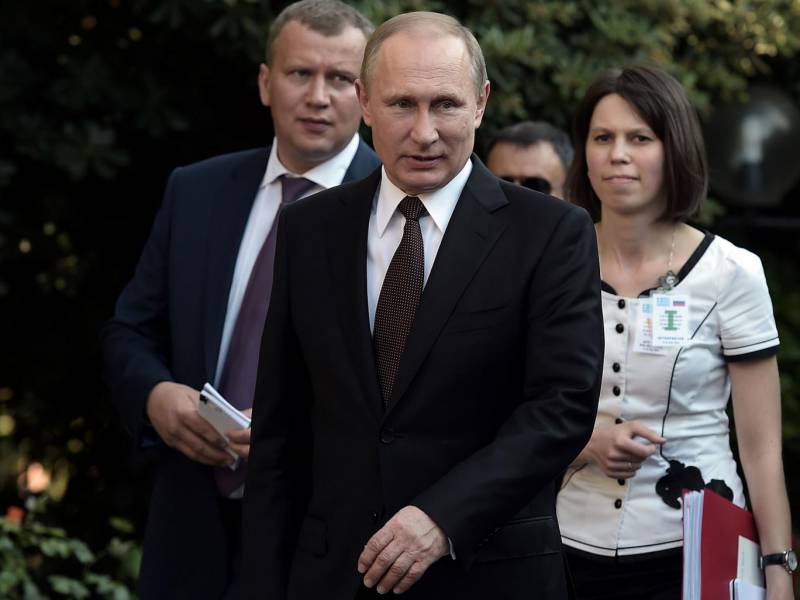 Russian President Vladimir Putin warned Romania and Poland that they could be under the gun of Russian missiles due to the fact that elements of the American missile defense system were deployed on their territory, which Moscow considers a threat to their own security.

Putin issued this tough warning about the deployment of the US missile defense system, saying that Moscow had repeatedly stressed that it would be forced to retaliate, but Washington and its allies ignored these warnings.

Earlier in May, the US military - claiming that missile defense is necessary to defend against Iran, and not to threaten Russia - put the Romanian missile defense base into operation. Currently, work is underway to deploy the second part of the missile defense system in Poland.

“Yesterday, some parts of the territory of Romania did not know what it was to be at gunpoint, but today we will have to take certain actions that will ensure our security,” Putin said at a joint press conference with Greek Prime Minister Alexis Tsipras (Alexis Tsipras ).

“The same will happen in Poland,” he added.

Putin did not go into details of exactly how the retaliatory measures will look, but he stressed that Russia is not taking the first step, but simply responding to the actions of Washington. "We will not do anything until we see missiles in the adjacent territory."

According to him, the statements that the missile defense system is necessary to protect against Iran are not tenable, since the six countries have already signed an agreement on the Iranian nuclear program. He added that the missiles that make up this system can easily strike at Russian cities.

“But how is this not threatening us?” Putin asked.

He expressed his disappointment that Russia's arguments about the American missile defense system were not heard.

“We have been persistently repeating, like a mantra, the same thing from the beginning of 2000's: we will have to somehow react to it. Nobody listens to us. Nobody wants to negotiate with us. ”

Putin spoke rather sharply on the issue of the Crimea, a Ukrainian region that Russia annexed in 2014. Moscow claimed that it was acting on behalf of the residents of Crimea, who voted to join Russia, but Western governments believe that it was an illegal seizure of territories.

“As for the Crimea, the issue, we believe, is finally closed,” Putin said. “No discussion on this issue with anyone Russia will not lead.”

The Russian leader also touched on the issue of relations with Turkey, in which serious tensions arose after the Turkish Air Force shot down a Russian bomber over the Turkish-Syrian border in November last year. Ankara claims that the plane violated the border of the Turkish airspace, and Moscow denies this.

Putin stressed that he is ready to consider restoring relations with Ankara, but for this, Turkey must take the first step. So far this has not been done.

Putin was also asked about the South Stream project - a gas pipeline that was supposed to run under the Black Sea, and through which Russian gas was to be delivered to Bulgaria, and then to the south of Europe. Russia froze this project after the refusal of Bulgaria.

Putin accused the US government and the European Commission of everything, saying that they were the ones who forced Sofia to abandon the project. But he added that Russia is engaged in the expansion of the “Nord Stream”, and expressed the hope that no one will interfere with it in this.

Ctrl Enter
Noticed oshЫbku Highlight text and press. Ctrl + Enter
We are
Situational analysis of the death of the MH17 flight (Malaysian Boeing 777), made on the basis of engineering analysis from 15.08.2014Results of the week. “To sell something unnecessary, you must first buy something unnecessary, but we have no money!”
Military Reviewin Yandex News
Military Reviewin Google News
42 comments
Information
Dear reader, to leave comments on the publication, you must sign in.