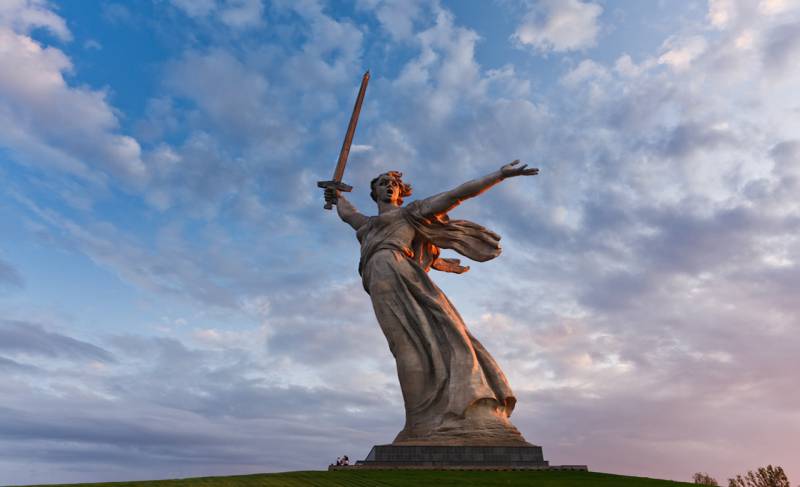 Recently, in the Western and in the liberal domestic journalism a lot has been written about Russian barbarism against the background of European civilization. But if you compare the moral ideals and the real life of nations, look through the heroic pages stories Russian people, then there is a completely different picture.

For example, in the Russian pagan pantheon there was never a god of war, while among European nations the concept of a warlike deity dominated, the whole epic was built around wars and conquests.

After the victory over the Gentiles, the Russian man never sought to forcibly convert them to his faith.

In the epic “Ilya Muromets and Idol,” the Russian hero liberates Tsargrad from the rotten Idol, but refuses to be the commander of the city and returns to his homeland.

In ancient Russian literature there is no topic of enrichment during conquests, robberies, while plots on this topic are common in Western European literature.

The heroes of the "Song of the Nibelungen" obsessed with finding a hidden treasure - the gold of the Rhine.

The protagonist of the ancient English poem "Beowulf" dies, "saturating the eyes with a game of gems and the glitter of gold ... In exchange for wealth, I laid down life."

None of the heroes of the Russian epic does not come to mind putting life in exchange for wealth. Moreover, Ilya Muromets is not capable of accepting the payoff offered by the robbers - “the golden treasury, the colored dress and the good horses as needed”. He, without doubting, rejects the way where the "rich be", but voluntarily tests the way where the "killed be."

The concept of revenge as such is generally absent in Russian folklore, as if it was not originally included in the “genetic code” of the people, and the Russian soldier has always been a soldier-liberator.

And this is the difference between the Russian person and the West European one.

The Russian historian and philosopher Ivan Ilyin wrote: “Europe does not know us ... because the Slavo-Russian contemplation of the world, nature and man is alien to it. Western European humanity is moving by the will and mind. Russian man lives above all in his heart and imagination, and only then in his mind and will. Therefore, the average European is ashamed of sincerity, conscience and kindness as "stupidity."

Russian people, on the contrary, expect from a person first of all kindness, conscience and sincerity.

The European, brought up by Rome, despises to himself other peoples and wants to rule over them.

Russian people have always enjoyed the natural freedom of their space ... He always “wondered” at other nations, kindly got along with them and hated only invading enslavers ... ”.

The good neighborly attitude towards the peoples of the annexed territories testifies to the mercy and justice of the Russian people. The Russian people did not do such atrocities as enlightened Europeans in the conquered lands.

In national psychology there was a certain restraining moral principle. By nature, a strong, resilient, dynamic people were endowed with amazing survival.

On the strength of the spirit based and famous Russian long-suffering, and tolerance for others.

Under continuous invasions from all sides, in incredibly harsh climatic conditions, the Russian people colonized vast territories without destroying, enslaving, robbing and not crossing any people by force.

The colonial policies of the Western European nations eradicated the aborigines of the three continents, turned into slaves the people of vast Africa and invariably metropolises grew rich through colonies.

The Russian people, leading not only defensive wars, annexing, like all large nations, large territories, never treated the conquered like Europeans. From the European conquests the European nations lived better, the robbery of the colonies enriched the metropolis.

The Russian people did not plunder neither Siberia, nor Central Asia, nor the Caucasus, nor the Baltic states. Russia has saved every nation that has entered it. She was their protector, provided them with the right to land, property, faith, customs, culture.

Russia has never been a nationalist state, it belonged simultaneously to everyone living in it. The Russian people had only one “advantage” - to bear the burden of state-building.

As a result, a unique state in world history was created, which the Russian people defended with their blood, not sparing their lives.

It was precisely because he suffered such sufferings and tremendous sacrifices to his share that my people accepted, as their own pain, the sufferings of other peoples under the yoke of the nazis fascists.

That was the heroism! This is the strength of the people’s spirit that gives birth to the Russian land!
And it seems to me that even a great people can decide on such a feat once a century.

Patriotism, which was demonstrated by a Russian soldier on the margins of the Great Patriotic War, is the patriotism of the highest standard, which neither world nor Russian history knew. And I will never agree with statements in the press about Russian “barbarism” and European “virtuousness”.

I am proud that our ancestors, our heroic ancestors were such beautiful, persistent, courageous and resilient, and we are their descendants!

Author:
Anna Zhdanova, 16 years, a student of the Radkovsk school of the Prokhorovsky district, a participant of the regional competition of cadets “Your voice”.
Originator:
https://www.facebook.com/paul.weiser111/posts/10208181932178116

Ctrl Enter
Noticed oshЫbku Highlight text and press. Ctrl + Enter
We are
Russian-Ukrainian comic "How Ilya Muromets helped the Cossacks get rid of the idol of the Maidan"Do not chop off the roots of Russian culture
Military Reviewin Yandex News
Military Reviewin Google News
248 comments
Information
Dear reader, to leave comments on the publication, you must sign in.