30 May 2016
201
Turkish Kurds have posted a video with the explosion on the land mine of the Kipri ​​type MRAP armored vehicles of the government security forces. 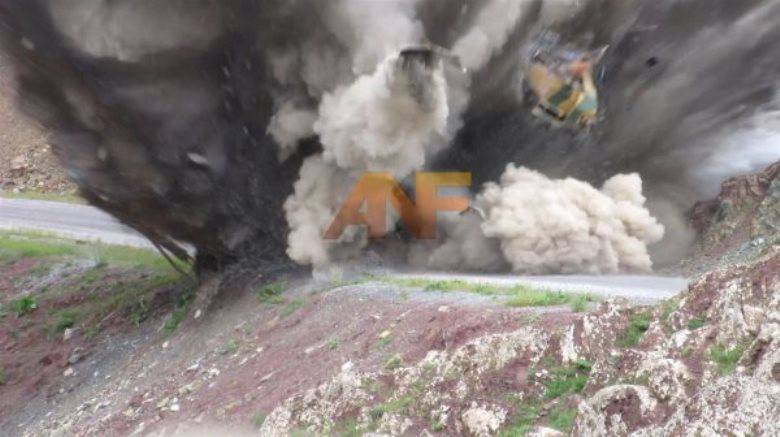 The video was filmed on May 18 in the southeast of Hakkari province (Turkey).

The Kipri ​​wheel armored vehicle (4х4) is produced in Turkey by BMC Otomotiv ve Savunma Sanayi. This is one of the versions of the car Navigator, developed by a small Israeli company Hatehof (now - Carmor). All rights to it were bought by the Turkish manufacturer.

A total of 2010 th to 2015 g was produced and delivered to the power structures of 620 machines. The Turkish military are actively using them in a special operation against local Kurds.

Ctrl Enter
Noticed oshЫbku Highlight text and press. Ctrl + Enter
We are
In the wake of IDEX 2015Review of special operation in Khasavyurt 5 May 2014
Military Reviewin Yandex News
Military Reviewin Google News
201 comment
Information
Dear reader, to leave comments on the publication, you must sign in.