30 May 2016
30
Sixteen years after the end of the Great Patriotic War, in the 1961 year, a pilot, Hero of the Soviet Union, Anna Egorova-Timofeev, was shown on television. Speaking about her military fate, Anna Alexandrovna said that in the Kyustrin concentration camp, the Russian doctor Georgy Sinyakov saved her from death.


Shortly thereafter, an interview with Anna Alexandrovna was published in several newspapers at once, and then an essay on Yegorushka. The pilot told in detail about the feat of a doctor who, being a prisoner of the same concentration camp, saved several thousand Soviet soldiers. “Georgy Fedorovich, fortunately, is alive,” said Yegorova-Timofeeva. “Now he works in the city of Chelyabinsk.”

Shortly thereafter, hundreds of letters flew to Chelyabinsk - news with words of gratitude from the fighters rescued once, former prisoners of the Kustrin camp. On the envelopes stood only “Chelyabinsk. Dr. Georgy Sinyakov ”- but the letters nevertheless found the addressee. What a surprise they experienced when they saw these piles of envelopes, hospital staff who had never heard that their doctor was a hero! After all, George Fedorovich never told anyone about his feat. He generally believed that the Victory was not forged in captivity.

... Sinyakov was born in April 1903 of the year in the village of Petrovskoye, Ivanovo Volost (today it is the territory of the Voronezh Region). In 1928, he graduated from the Medical Faculty of the University of Voronezh and volunteered 23 June 1941. He served on the South-Western Front, in the 119-m sanitary battalion of the 171-rifle division. Georgy Fedorovich was a surgeon and devoted every minute of his life in the war to the sick. However, the war on the South-Western Front did not last long: October 5 1941 near the village of Borschevka (it is located near Kiev), the doctor Sinyakov, along with many of his wounded, who were surrounded, was captured. And at this time he was literally under fire, in a dilapidated hospital, was doing an operation. At first, Georgy Fedorovich was in the Boryspil camp, then in Darnitsy. And in May, 1942 of the year - in the Küstrin International Camp (it was located in 90 kilometers from Berlin). The prisoner was assigned an 97625 number. 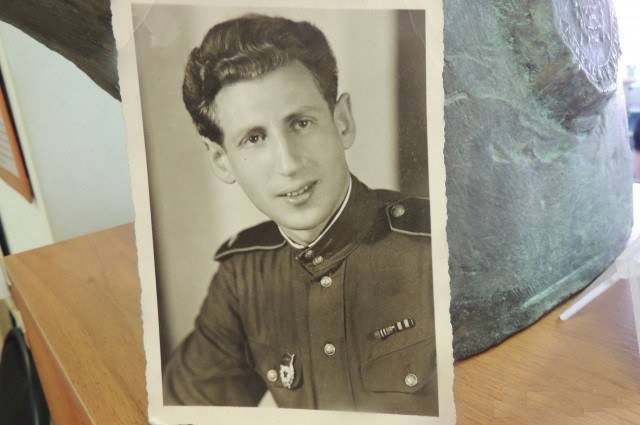 There were prisoners of war from many states. Hunger, terrible food, intolerable living conditions - all this made people so weak that prisoners could barely stand. But many of them were also injured. At first, the fascists didn’t pay attention to the terrible mortality. But they needed free hands, and therefore there was a need for the help of a doctor, which almost everyone needed. The news that there is a prisoner-doctor in the concentration camp quickly reached the fascists. To check the doctor for "professional suitability", the Germans arranged an exam: it was necessary to have a resection of the stomach. Several prisoners of war doctors from European countries and German camp doctors headed by Dr. Koshel were appointed as examiners. Barefoot, hungry, tired Russian doctor spent several hours following the operation. But he did it so clearly, confidently and competently, as if he was in the very good health and conditions of an excellent hospital. But his assistants trembled hands ...

More "professional suitability" of the Russian doctor, who previously, according to the fascists, "was not worth even one German orderly," was not in doubt. And soon there was such a case. The son of one of the Gestapo strangled with bone. His mother took the child first to a German doctor, but he could not do anything - the bone was stuck deep. The boy gasped, fainted. In desperation, a woman brought him to a concentration camp. Led Sinyakov. He instantly realized that he could not do without an operation. And he spent it, and brilliantly. Then the mother knelt before the Russian doctor ...

After that, the fascists provided Georgi Fedorovich with an additional ration and allowed him to move freely around the territory of the concentration camp. Sinyakov used the privileges in his own way. The ration was divided between the wounded, and when it was given out fat, it was exchanged for potatoes and bread, so that it would be enough for more people. He distributed leaflets where he spoke about the advancement of the Red Army - Georgy Fedorovich understood: we must not allow the prisoners to lose heart. He did not for a moment let go the thought of how to help people escape. And he came up with a way that, perhaps, someone will recall the famous novel by Alexander Dumas ...

Bruises literally from improvised means created ointments that perfectly tightened the wounds, but at the same time created such a terrible appearance and gave off such a strong smell that it never occurred to anyone that the wound was actually already healed. He taught his patients to imitate agony and death of their own: to hold the breath, to keep muscles at rest, to monitor the position of the eyes, and so on. The escape scheme was most often the same: the patient “died away”, Sinyakov announced to the fascists about his death. Together with others, really dead, the fighter was thrown into a large ditch - the Germans did not bother to bury the soldiers. This ditch was unguarded, behind the keys with wire. At night, the "dead" got up, got out of it and left. 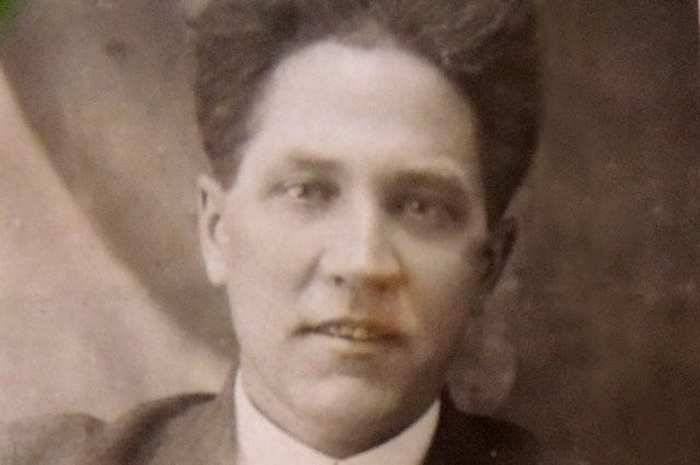 This is how the pilot Anna Egorova was saved, which the Nazis shot down near Warsaw in August 1944 of the year during her 277 departure. “All the prisoners were herded into a convoy,” the pilot recalled. - Surrounded by brutal German escorts and shepherd dogs, this column reached for Kostryukinsky camp. I was carried on a stretcher, like dead men in a cemetery, comrades in distress. And suddenly I heard the voice of one of the carriers of a stretcher: “Hang on, sis! Russian doctor Sinyakov resurrects from the dead! ”

Although Sinyakov managed to hide the awards and Anna Alexandrovna’s party membership card, the Germans knew that they had captured the “flying witch” and wanted to arrange an exemplary execution to scare the rest. But Sinyakov intervened. He managed to convince the Germans that the execution of a sick, tormented pilot would look like a brutal massacre, not a victory of fascism. Therefore, it was first necessary to cure Anna Alexandrovna. However, the treatment "did not bring any benefit", the patient "died" in front of her eyes ... And "died", but in fact she was saved. But there, at the front, the legendary pilot was already considered dead.

For a long time, Georgy Fedorovich hid ten Soviet pilots among officers who were wounded, who would have been threatened with immediate execution. Among them was the attack aircraft Nikolai Mayorov with a broken jaw in several places. Moreover, the pilot started gas gangrene on his arm. Sinyakov gathered his jaw literally piece by piece, saved his hand. And all ten of them in turn placed in the infectious disease ward (here the Germans didn’t get involved), where they “died” ...

... Our Victory was drawing near. In January 1945, the underground (Sinyakov led the underground organization in the camp) were already prepared to start an uprising. Soviet Tanks (The 5th shock army of General Berzarin) were on their way to Kustrin. And the Nazis made a quick and unexpected decision. Prisoners who were on their feet were driven into trains at night and sent to Germany. Those who were sick but could walk were driven on foot through the frozen Oder. But seriously ill - three thousand people - decided to shoot in the camp. Sinyakova Germans were not going to touch. And he was not going to give them his patients. And he committed an act before which one can kneel. Georgy Fedorovich took an interpreter and went to the fascist authorities. He said words of approximately the following content: “Soon Soviet tanks will come here, this is certain. Do not take another sin into your soul, do not increase self-hatred. At least somehow soften your fate - release the prisoners. ”

And the incredible happened - the Nazis released the wounded without a single shot!

... Sinyakov was again among his own. But even when the terrible ordeals of the conclusion were left behind, the doctor did not give himself a single day of rest. On the very first day, he operated on more than seventy tankers!

... He reached Berlin, signed on the Reichstag building. After the war he moved to Chelyabinsk, got married (Sinyakov’s wife, Tamara Sergeyevna, also a doctor). Adopted son George Fedorovich raised as his own. For almost thirty years he worked as head of the surgical department of the medical unit of the Chelyabinsk Tractor Plant, became an honored doctor of the RSFSR. He taught at the Chelyabinsk Medical Institute. And he did not tell anyone about what he experienced in the war. 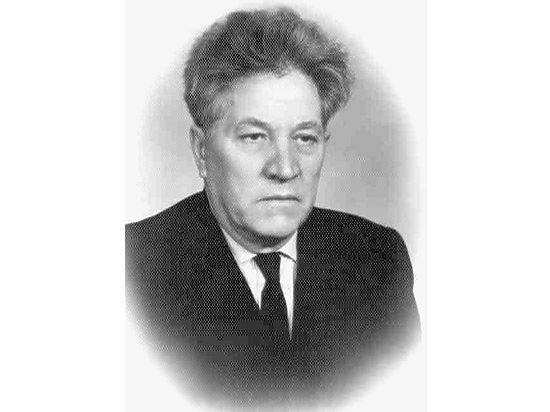