The West still tolerates new power in Kiev, but Ukraine is no longer holding back its disappointment

30 May 2016
36
Last week in the center of the world News Ukraine was again. True, the Western media was carried away by reports of the return to Kiev of the former artillery gunner of the nationalist battalion "Aidar" Nadezhda Savchenko. In the shadow of this event, there was a scandal with UN experts, whom the Ukrainian authorities did not allow in places where the Security Service of Ukraine could illegally detain people. Western experts sluggishly commented on the concentration of Ukrainian armored vehicles on the border with the Crimea, more frequent shelling of the Donbass, problems in the operation of Ukrainian nuclear power plants, but drew attention to recent polls. 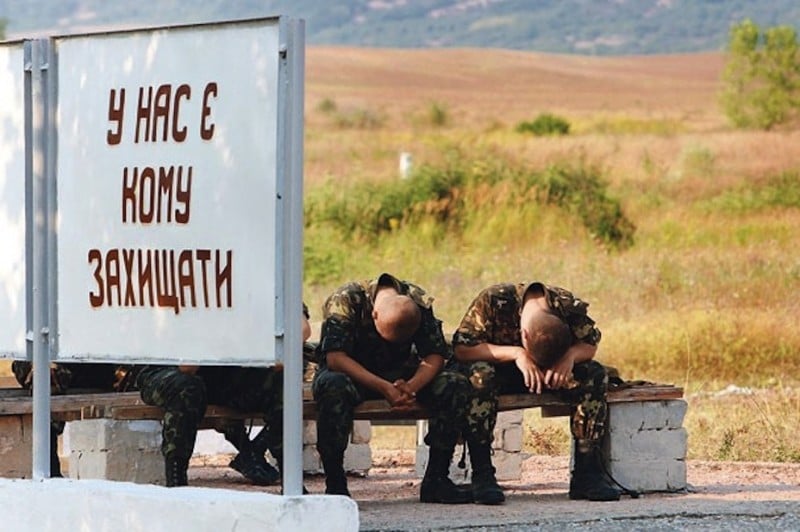 Ukrainians refuse to trust the authorities

The results of these surveys are very revealing. On Thursday, they were published by the Kiev International Institute of Sociology (KIIS). According to a study conducted by the Institute from 13 to 18 in May, only 3,9% of Ukrainians surveyed believe that the president and the government protect the interests of ordinary citizens. Another 8,4% of respondents saw protection of national interests in the activities of the head of state and the cabinet of ministers. But 78,5% of respondents noted that today the main function of the President of Ukraine and its government is “to provide conditions for the enrichment of oligarchs and officials.”

The remaining participants in the study did not decide on the answers, but this does not change the whole picture. The overwhelming majority of the respondents, in essence, expressed a lack of confidence in the authorities, which two years ago, with boom and exultation, were glorified by the crowd on the streets of Kiev.

KIIS conducted its research not only in the capital, but also in 110 settlements in all regions of Ukraine. First of all, people make claims to Petro Poroshenko. This is due to the well-known offshore scandal, which finally alienated many Ukrainians from its president, and now they understand that the head of state has not fulfilled his election promises and must resign.

48,6 percent of the polled Ukrainians are convinced of this. They noted that Petro Poroshenko "certainly should" leave the presidency, and another 17,5 percent responded, "rather, should." Poroshenko’s strong support was expressed only by the 6,3 percentage of respondents.

The Western media published the results of the polls, but so far refrained from commenting, although such results have very good reasons. Sometimes they even appear in the statements of Ukrainian officials. During the week, the Minister of Social Policy of Ukraine, Andrei Reva, was worried that the situation with non-payment of pensions was catastrophic. According to Reva, at present the pension fund deficit has grown to 145 billion hryvnia. If we consider that the entire budget of Ukraine for 2016 is planned for the year in the amount of 595 billion hryvnia, the hole in the pension fund pulls on a quarter of the state budget. There is simply no money in retirement.

The statement of Minister Reva in Kiev was quick to refute, but did not bring any clear figures, but only promised to provide pension payments. Today they are so small. The average Ukrainian pension is now just 1670 hryvnia (4462 rubles). It is very small. After all, only housing and communal services rates in Ukraine have increased so that utility payments during the heating season for a one-room apartment jumped on average to 2388 hryvnias.

Alexander Koltunovich, an expert of the Ukrainian Choice, calculated: “a lonely pensioner who receives a minimum pension in the amount of 1130 UAH, having paid the above-mentioned utility payments, owes the state more 1258 UAH.”. But besides paying for an apartment, you still need to buy food, medicine, etc. In the eyes of such a pensioner, the money sent by Petro Poroshenko to offshore instead of the state treasury acquires special meaning. It is difficult to expect from such people a different attitude towards the current government, which was recorded in its research by the KIIS.

The attitude of the West towards Ukraine began to change. Before, the media openly turned a blind eye to the crimes of the new Ukrainian government. Now, little by little, they began to restore informational failures about events that had previously been silenced or simply distorted. Recently, the most popular German newspaper Bild has published a video on its website. An active participant of the Maidan named Veronika says that “snipers from the roof of the Ukraine hotel shot at people on Institutskaya Street. So Bild presented a sensation to the Germans that conscientious experts and everyone in Russia had long been aware of it - the hotel was controlled by militants-nationalists. They were led by the current speaker of the Verkhovna Rada, Andrei Paruby. The Heavenly Hundreds were shot by nationalist snipers.

Unpleasant for Western patrons of Maidan, the truth has now reached the readers of Bild. How did the UN officials get information about the illegal detention of citizens in Ukraine, their torture in the security service? The UN High Commissioner for Human Rights (OHCHR) even sent a special mission to Kiev led by the British Malcolm Evans, the head of the UN Subcommittee on the Prevention of Torture. The company was made up of Estonian Marie Amos, a representative of the Philippines June Saridad Pagaduan Lopez and Victor Zacharia from Moldova.

In Kiev, the mission did not particularly stand on ceremony and simply did not allow UN experts to the places where, according to Malcolm Evans, “there are illegally detained people where torture and ill-treatment can be used.” The experts determined these places “according to the numerous and serious allegations they heard”, and, apparently, hit the mark once they received such a categorical refusal.

The mission, with scandal, interrupted its work and returned to the headquarters of OHCHR - to Geneva. At parting, Evans said: “The Subcommittee expects Ukraine to comply with its international obligations and enter into a constructive dialogue so that the subcommittee can resume its visit in the near future.”

Judging by the fact that other high-ranking UN officials, who often patronized Kiev, refrained from assessing and commenting, this time the new demarche of the Ukrainian authorities would get away with them again. Meanwhile, according to human rights activists, in Ukraine illegally held up to 6000 people. And the world will still face this problem.

In the meantime, he is observing the numbers with which the Bank of Ukraine is juggling in the hope of receiving money from the International Monetary Fund. On Tuesday, the Ukrainian media spread the National Bank’s forecast that by the end of 2016, inflation in Ukraine would fall to 12% and would meet the requirements of the IMF.

Experts from the Blazer International Foundation made their analysis and also predicted a decrease in inflation by the end of the year, but on a completely different scale: “the price jump will be not two times (as it is now), but 1,75 times.” This will happen "not against the background of too good life, but against the background of the fact that there is a decline in incomes of the population."

But the main thing that experts at the Blazer Foundation emphasize is that “we should not forget that when it comes to increasing the level of inflation, it is unevenly distributed among different segments of the population. For those who receive minimal incomes, inflation beats much more than for those who have higher incomes, so in a consumer basket of a person or family, low-income households, as a rule, inflation is a more painful thing. ”

This is well aware of the IMF. The recent mission of the foundation in Kiev also did not find progress in the economy and postponed the next tranche of 1,7 billion dollars, promised last fall, until July. At the headquarters of the IMF in Washington, they no longer hide their irritation at the lack of serious reforms in Ukraine.

Most likely, the money this time will give, experts say, but it will be the last tranche of the IMF. The patience of the West is coming to an end. This is a month ago, said political scientist Rostislav Ishchenko. He concluded: “The West is trying to leave Ukraine, it is preparing public opinion for this.” This concept fits well with the sensational article in Bild, the failed mission of the UN Subcommittee on Prevention of Torture, the economic expertise of the Blazer International Foundation and even the study of the Kiev International Institute of Sociology, known for its links with the European research organization ESOMAR and working under grants from the USA and Germany.

The Kiev authorities felt the mood of their Western partners and decided to get their attention back. The cannonade in the Donbass rumbled again, armored vehicles were pulled to the border with the Crimea. Only this has not made a proper impression on the American curators. They transferred their confrontation with Russia to Syria, where a new tension has now arisen. The Ukrainian conflict is still moving to the periphery of world events. However, he has not exhausted himself and will still bleed and disturb everyone for a long time ...

Ctrl Enter
Noticed oshЫbku Highlight text and press. Ctrl + Enter
We are
The release of Savchenko. Implications for Russia and UkraineThe trial of Nadezhda Savchenko. Will the sentence be strict?
Military Reviewin Yandex News
Military Reviewin Google News
36 comments
Information
Dear reader, to leave comments on the publication, you must sign in.