200-day "campaign of loyalty" will be held in the DPRK

29 May 2016
141
For two days in a row, the DPRK citizens will demonstrate loyalty to their leadership, working diligently and looking for internal reserves that will help solve the tasks set by the party for the next five years in conditions of tough sanctions, reports TASS. 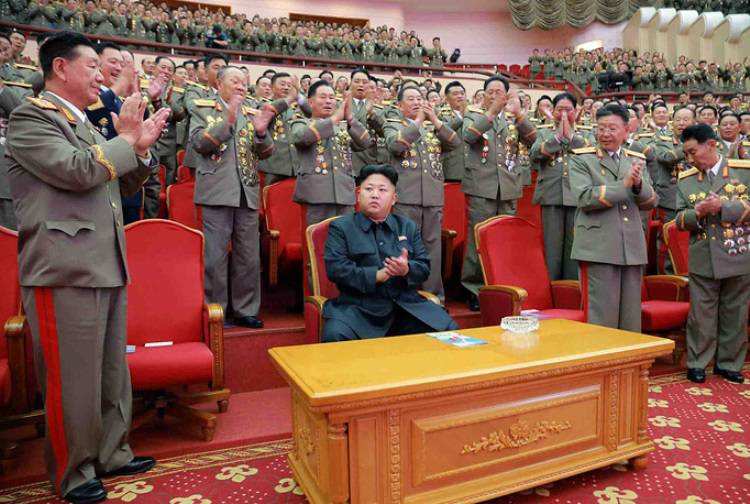 This decision was made at a conference held in Pyongyang with the participation of the country's party and state leaders.

At the conference, Prime Minister Pack Bon Du said that the leadership had decided to “launch a 200-day campaign of dedication in the country to implement the five-year strategy for the economic development of the DPRK, which was approved in order to create a powerful socialist power and improve the welfare of the population.”

The company will be held in the conditions of sanctions imposed on the DPRK of the UN Security Council, the United States, South Korea and Japan.

Earlier, on the eve of the party congress, an 70-day support campaign was held in the DPRK.

"It is necessary to actively participate in the construction of a prosperous state in order to prove the greatness of the party leadership at a time when the United States is making desperate attempts to strangle the people's republic," said the Politburo's decision.

Ctrl Enter
Noticed oshЫbku Highlight text and press. Ctrl + Enter
We are
Report on the results of the survey-2013 "Evaluation of state political figures"
Military Reviewin Yandex News
Military Reviewin Google News
141 comment
Information
Dear reader, to leave comments on the publication, you must sign in.