28 May 2016
23
Syrian Ambassador to Russia Riyad Haddad in an interview RIA News spoke about the successes of Russian aviation in the fight against the illegal export of oil from Syria and on difficulties in the negotiation process with the opposition. 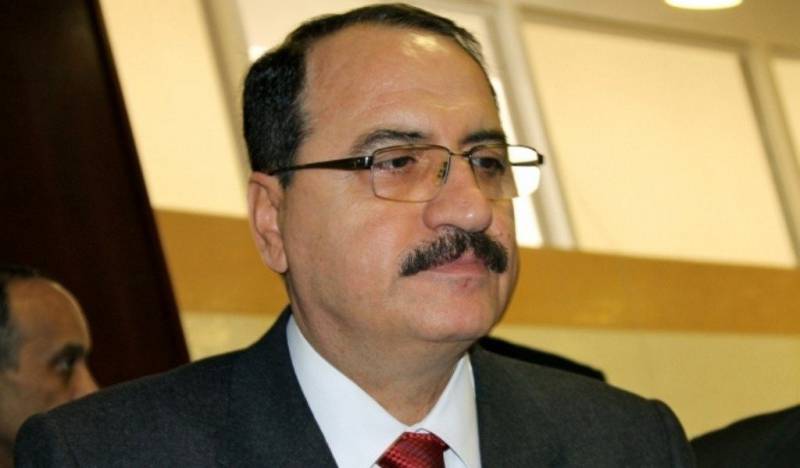 Correspondent: “Mr. Ambassador, recently there has been a lot of different information in the media regarding the possible dates for the resumption of inter-Syrian negotiations. The Russian side has repeatedly stated that it is in favor of their resumption by the end of May in order to accelerate the political process. On the eve of a source close to the negotiations, told our agency that the next round could begin on June 15. Can you confirm this date?

Riyadh Haddad: Undoubtedly, this question should be addressed to the UN Special Representative for Syria Staffan de Mistura, as well as leading international players, such as Russia and the United States. However, if you ask whether Damascus is ready today for the resumption of negotiations, then my answer is yes. He is ready for any negotiations, and the leadership of our country regularly confirms the need for a political settlement, since only the people of Syria have the right to determine their future destiny.

However, today the question is not whether Damascus is ready for this, but who hinders the process of political settlement in the country. The answer is a number of countries, which include Saudi Arabia, Qatar, Turkey and Jordan. They all act on instructions from the United States. One of the main problems of the current crisis in Syria is still the open border with Turkey in the north of the country. Through these borders, the militants continue to penetrate into Syria, but through it they receive funding and supply arms. Now they penetrate to us, after receiving a very good preparation, and not as before - by untrained militias.

The United States also impedes the launch of the political process because it does not keep promises made by them. The American side does not consider it compulsory to implement any of the agreements and agreements on Syria that exist between the United States and Russia.

Washington must end its double standard policy. They promised Russia to draw a clear line between those whom they consider to be terrorist groups, and whom the so-called moderate opposition. They also promised to put pressure on the groups operating in Syria, so that they join the "silence regime", but did not keep their word. In addition, they refused to supplement the UN sanctions list with a number of factions, most notably Ahrar al-Sham and Jaish al-Islam.

Instead, they took advantage of the February 27 initiative (on a ceasefire regime) to bring thousands of militants to the territory of Syria along with huge amounts of weapons. Thus, the United States used the cessation of hostilities to achieve its goals.

- You have already touched on the topic of smuggling of oil, which, as you know, was carried out by militants from Syria to Turkey. Has it been possible with the assistance of the Russian videoconferencing systems to completely cut off these supplies? If not, by how many percent did you manage to reduce them?

- I can say that the Air and Space Forces of the Russian Federation were able to almost completely cut off the supply of contraband oil to Turkey. In addition, all tanks in which this fuel was stored were destroyed. However, there are still a few small wells that ISIL uses for illegal oil sales, including to Turkey.

- Returning to the inter-Syrian settlement, is Damascus ready today for direct negotiations with the opposition?

- We can not answer this question. Ultimately, everything depends not on us, but on the so-called opposition, which still uses the language of threats and allows itself to leave the negotiations. There is still no unity in their ranks - this, in turn, does not allow the government delegation to declare its readiness to begin a direct dialogue.

We declare: it is necessary to form such a delegation from the opposition, which would represent the interests of all segments of the Syrian society. The opposition that exists today does not satisfy this demand, and this is wrong.

- Let's talk about the Kurdish problem. Garib Heso, the representative of the Syrian Kurdish Democratic Union Party in Iraqi Kurdistan, told our agency that after being freed from terrorists, Rakka will enter the "federal system" created in northern Syria. If the Kurds declare their geographical autonomy under international law, will it recognize Damascus? If so, under what conditions?

- We constantly repeat that the solution to this crisis can only be mezhsiriyskim, it should be the result of an agreement between the country's leadership and its people. The political settlement is based on several points: preserving the integrity of the people, the country and its sovereignty. All this excludes the possibility of dividing the country and does not allow us to agree with the creation of a federal region that the Kurds offer. Therefore, any negotiations outside such a justification are unacceptable to our government.

- Mr. Ambassador, how effective, in your opinion, has the "silence mode", which operates in some regions of Syria, proved to be? Is the question of expanding its zone of action to other areas besides Damascus, Lattakia and Aleppo being considered?

“The Syrian army is the only party to keep quiet.” Any decision made by the commander-in-chief of the republic is binding on her. In turn, the armed groups not only do not adhere to a truce, but continue to continue shelling civilians. For example, only in Aleppo, over the past two days, about 118 people died. In addition, they shelled Dabbit hospital in the same city.

After the "Er-Riad" delegation left the negotiations, their patrons in Saudi Arabia ordered the fighting in Syria to continue. In response, they declared their intention to "burn the Syrian cities." After that, these groups began shelling Aleppo. And the shelling was not sighting, but chaotic. They began firing mortars and exploding gas cylinders. The victims of these actions were almost 120 people, among the dead - women and children, another 206 people suffered. These are the actions of "moderate opposition" that kill people and destroy cities.

I want to say that Saudi Arabia’s policy is aggressive, it is based on interference in the internal affairs of other countries. Over the past five years, Riyadh has been waging a war aimed at eliminating the Syrian leadership. The kingdom’s foreign minister repeats every day the outdated thesis that President Assad "must leave, either peacefully or by force." They are not worried about the sovereignty of the country, nor its people, nor any independent decision.

Thus, what kind of extension of the armistice can we talk about when it is violated daily by the armed formations?

- Over the past five years at least several times an agreement was reached on the cessation of hostilities in Syria. Do you think there are forces among the opposition with which the authorities can really negotiate?

“Anyone raising weapons against the Syrian army is a terrorist.” Anyone aiming at civilians from their weapons is also a terrorist. Therefore, the armed forces have the right to wage war against these people in order to protect the people. With this exception, we are ready to negotiate with anyone.

I am a candidate of political sciences and have never in my life met the term "armed opposition" in literature. Yes, there is also opposition in Russia, but has it ever taken to the streets with a weapon? The Syrian leadership responded positively to all earlier initiatives to resolve the crisis in Syria, participated in all meetings: Moscow-1, Moscow-2, in the Geneva talks. Our government is counting on a political settlement, and we rely on this, but it must be inseparable from countering terrorism on a military track. I understand what the oppositionists say, but do those who destroy power stations, bridges, roads, and water treatment plants really belong to the opposition? Against whom is this war being waged: against the government of Syria or against the people? What is happening in Syria today is an antiterrorist war imposed on it.

- Following the meeting, the International Support Group for Syria issued a statement in which, in particular, it pointed out the need to ensure access for the delivery of humanitarian aid to hard-to-reach and besieged settlements in Syria. In the event that the UN is not given the opportunity to send a humanitarian convoy, starting from 1 June, assistance will have to be dropped from the air. What is the position of Damascus on this issue?

- First, I would like to say that the Syrian government provides all regions of Syria with humanitarian aid. By maintaining regular contacts with humanitarian organizations under the auspices of the UN, it has created a plan for the delivery of aid to all regions. Any operation of this kind is carried out in coordination with our government, and in case of its absence is unacceptable. Therefore, we agree to conduct any operations, provided that they are agreed with us.

I want to ask: if they want to deliver aid to the Syrian regions, then why did they impose sanctions on my people? One of the reasons for the suffering the Syrian people are experiencing is the economic sanctions of the West. If they really want to help the people of Syria, they should at least lift these sanctions. If they do not want to do this, there can be only one reason - the desire to assist the armed groups.

- From your words, it becomes clear that Damascus refuses to accept humanitarian aid if this operation is not coordinated with the authorities of the country. What will be the official response in this case?

- We do not set any conditions for the supply of humanitarian aid in any of the regions of our country, we agree to negotiate. However, international and regional forces should know: in Syria there is a legitimate government with which you need to negotiate if they want to conduct any operations in the country. We don’t want someone from outside to think for us and make decisions for us. ”