29 May 2016
29
May is a month rich in military holidays. On the eve of their professional holiday celebrated border guards, and today - May 29 - a significant day for the domestic military motorists. Officially, this holiday entered the army calendar of modern Russia in February 2000 of the year. The then Minister of Defense of the country Marshal of the Russian Federation, Igor Sergeyev, signed the order with the number 100, which marked the day of the annual celebration of the Day of the military motorist 29 in May. 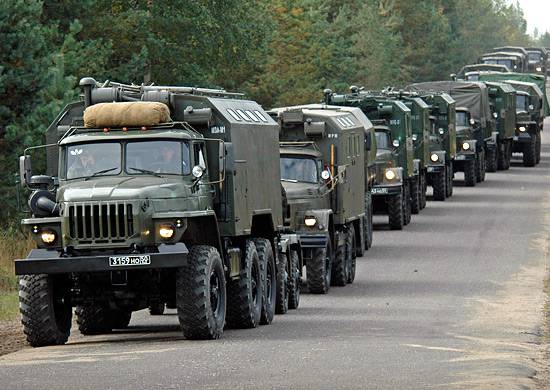 By and large, the Day of the military motorist can be considered universal for all types and types of troops. Automotive technology is used in almost any parts, whether land, airborne or naval. Transportation of personnel, military equipment, weapons and ammunition, the evacuation of the wounded, the delivery of special cargoes — all this is part of the tasks of military motorists, the importance of which in the military is difficult to overestimate.

Modern Russian military cars are not only essential reliability, but also an increasing level of comfort and ease of operation. Widespread implementation of automation systems, electric drive, electronic systems of navigation equipment, able to lay the most optimal route with less fuel and time. Modern electronics allows military drivers to manage individual segments of even special cars without leaving the car, which is very important both in terms of safety and in terms of accomplishing the tasks set in a short time.

If we talk about stories military motorists in our country, it can be noted that this year marks the 106 anniversary of the formation in St. Petersburg of the first in our country training automotive company. Incidentally, this happened on May 29, on the basis of which the date of the holiday of military motorists was chosen. The tasks of the division of that time included the implementation of measures for the training of driver-mechanics for automotive parts. The special diligence and professionalism of the personnel of the first training autorotim became the basis for a research and testing center to be formed on the basis of the unit. This center is now considered to be a kind of foundation for the entire automobile service of the Armed Forces of the country, as well as a prototype of the domestic technical support system.

Automotive technology was widely used by the Russian army during the First World War. Military motorists, having by far not the most impressive fleet of motor vehicles, transported hundreds of thousands of tons of various cargoes as part of the tasks.

During World War II, the volume of cargo carried by military motorists exceeded the level of 100 million tons. The vehicles were used for towing artillery pieces, supply and sanitary transportation, the movement of rocket launchers, and the personnel of all fronts without exception. This feat was accomplished by motorists who carried out daily routes along the Road of Life, which provided supplies to besieged Leningrad.

19 November 1941, the commander of the Leningrad Front, signed an order on the organization of a highway on the ice of Lake Ladoga. In the documents, the road had the name "autotractor". According to the plans, the daily volume of freight traffic on the formed road according to plans should be 4 thousand tons. Direction of the route: Cape Osinovets - Zelentsy Islands with further ramification into two branches. 26 November 1941, the ice road through Ladoga received the name military road number 101. The main workhorse of the Road of Life, which periodically changed the route line was the famous “lorry” - GAZ-AA - the truck of the Gorky Automobile Plant. 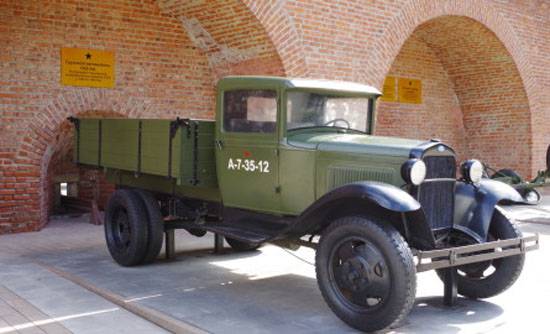 In fact, the "Lorry" became the workhorse not only of the Road of Life, but of the entire Great Patriotic War. Military motorists, without sparing their lives, performed seemingly the most impracticable tasks, making their invaluable contribution to the Great Victory.

For courage, heroism and professional performance of the tasks assigned during the Great Patriotic War, 77 automotive connections were awarded with orders, 15 received honorary titles. 14 military motorists were awarded the title Hero of the Soviet Union.
In Moscow, near the metro station "Troparyovo" today is a monument in honor of the hero-motorists. On the wall of the memorial complex are the names 26 of Heroes of the Soviet Union and 49 of Heroes of Socialist Labor. 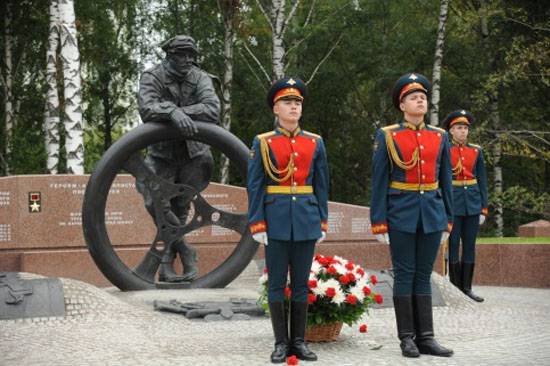 Military motorists performed their duty during local conflicts. One of the pages of the history of participation in armed conflicts abroad is the war in Afghanistan, where hundreds of military drivers received medals and orders for their courage and heroism.

And today, motorists of the Armed Forces of Russia worthily continue the traditions of their predecessors, improving their skills and training, mastering new equipment that enters the army as part of the state defense order.

"Military Review" congratulates all military motorists of the country on the holiday!