28 May 2016
129
28 May people celebrate their holiday, whose military duty is to protect the state border of the Fatherland. These people are border guards. The Day of the Border Guard (also known as the Day of the Border Troops) is officially celebrated in Russia on the basis of a presidential decree numbered 1011 of 23 in May of 1994. Although this does not mean that before the Day of the border guard in the calendar of domestic military dates did not exist. With a remote border scope, it was also noted in the Soviet era.


By the way, it was during the years of Soviet Russia that the date of the celebration appeared, which is sacred to the border guards today. 28 May 1918, the Council of People's Commissars established a decree on the Border Guard of the borders of the Soviet Republic. In the same year, the Border Guard Department was created, which included many officers of tsarist Russia who decided to swear allegiance to the Soviet government.

The full text of the decree on the creation of the Border Guard was published in June 1918 of the year in the next issue of the publication, which at that time was called the News of the All-Russian Central Executive Committee of the Soviets.

We present the full text of the decree signed by the Chairman of the Council of People's Commissars V.I. Ulyanov (Lenin) and Sovnarkom managers V. Bonch-Bruevich.

The Council of People's Commissars decided:
1.
In the Office of the People's Commissariat for Financial Affairs, the Border Guard is established.
2.
The Border Guard Guard is charged with protecting the border interests of the Russian Socialist Federative Soviet Republic, and within the border area - protecting the identity and property of citizens, in particular:
a) preventing the secret transport of goods and the secret passage of persons across the land and sea borders of the Russian Socialist Federative Soviet Republic;
b) protection against the plundering of aquatic riches in our frontier and territorial waters;
c) supervision of the observance of the rules of international navigation on the border rivers;
d) protection of our fishermen and industrialists in the border seas, lakes and rivers;
e) protection of our border villages from the attacks of robbers and nomadic tribes;
e) implementation in necessary cases of border quarantine and so on.
3.
Border Guard is located in one or more lines. The People's Commissar for Financial Affairs is granted to allow, at his discretion, the location of the outposts of the Border Guard and the railway stations.
4.
The space from the borderline to the location of the first line outposts and the seven-hearted space from these outposts inside the Republic is considered to be a border strip.
5.
Twelve nautical miles of water from the high seas of the Russian Socialist Federal Soviet Republic, both on the mainland and on the islands, is recognized as a sea customs zone, within which all Russian and foreign ships are subject to supervision by the Border Guard.
6.
The Border Guard must observe that along the entire borderline there is a free passage to 6 arshin wide, why all buildings, arable land and gardens should be some distance from the border.
7.
Citizens of the Russian Socialist Federative Soviet Republic are hired for free in the Border Guard Service on the same basis as for admission to the Red Army. The reception of border guards is carried out by commissions organized by a decree of the Council of the Border Guard, each of which includes one representative of local Councils of Workers 'and Peasants' Deputies with a decisive vote in each commission.
8.
The direct management of the Frontier Guard is in all respects entrusted to the General Directorate of the Border Guard. When it is formed, the Border Guard Council is composed of two commissioners and one military leader.
9.
The weapons and uniforms of the Border Guard officers, as well as the provision of medical and sanitary assistance to them, are carried out on the bases adopted for the Red Army. Leave from the stocks of the military department to employees of the Border Guard of armaments, equipment, items of clothing and food, as well as engineering and medical-sanitary means is made according to the requirements of the Main Directorate of the Border Guard sent by it to the relevant military district institutions.

One of the first leaders of the new service was the military commissioner of the Border Guard, NF Fedotov, and the military leader from the General Staff, AL Pevnev. In October 1918 of the year they signed an order to organize a course training system for junior officers.
By September, 1918, the border guards appear and a special form with a defining color of hats. These are caps and hats (for high command personnel) with a green top. The green color of headdresses and stripes as one of the symbols of the frontier troops in fact remains to this day. At one time, the green color “reached” the stripes of the vest, making this shaped object the property of not only sailors or paratroopers, but also border guards.

Attention is drawn to the fact that from the first days of the formation of the Soviet Border Service, the authorities took into account the presence of political connotations in the protection of the state border. It was determined that people who were called up to guard the frontiers of the Motherland should have been included in special structures. On this basis, less than 2 after the formation of the security agency, the Border Guard is transferred to the special department of the Cheka.

In 1923, the first Higher Border School appeared on the territory of the USSR. In fact, this is the Soviet successor to the Separate Corps of the frontier guard that existed in the Russian Empire, which had its own deep traditions of guarding the borders of the Fatherland. From the directive on the need to create a Border Guard School:

In order to unite the service and management of the border guards at the OGPU, the Central School is being created, which should become the training apparatus for border guards who can simultaneously perform the functions of military commanders and supervise the work of the agent staff. 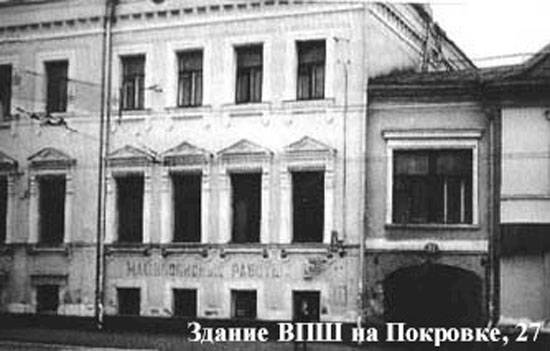 Those wishing to become cadets of the new school had to go through a series of exams. These are examinations on knowledge of the border guard memo, political charter, constitution. In addition, the entrance exams in the Russian language, mathematics and political economy were taken. However, this is not all. As additional requirements were: knowledge of military regulations, the basics of combat and fire training. Preference for enrollment was given to members of the RCP (b) who passed through the so-called credentials committee. 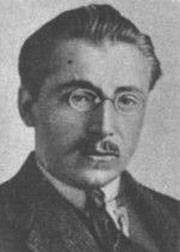 The first head of the Higher School of the Border Guard of the USSR was Joseph Kazimirovich Opansky. It is interesting to consider the fact that earlier Opansky actually had no direct relation to the frontier service. He was a representative of the editorial board of the newspaper Pravda, he worked in an underground party field in the Baltic States and in Belarus. In 1920, Opansky was appointed head of the special department of the 16 Army. And two years later he received a position in the Cheka of the Petrograd Military District.

Over time, the OGPU Higher Border School was transformed into the KGB Military Institute under the USSR Council of Ministers. Today, future border guard officers are being trained at the Moscow Border Institute of the Federal Security Service of Russia.

The border troops of Russia are one of the reliable components of the security of the Russian Federation. Border guards stand guard over the borders of the Fatherland from the shores of the Kaliningrad region to the Kamchatka hills, from Magaramkent in the south to Kandalaksha in the north. 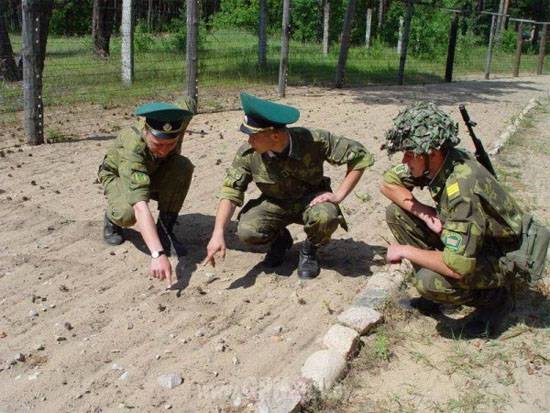 Today, “Military Review” congratulates all personnel border guards and veterans of the Border Troops on the holiday!