In Ingushetia, destroyed the bandits associated with the IG

27 May 2016
24
In Ingushetia, the FSB and the Ministry of Internal Affairs carried out a complex operation, during which five militants were killed and three militants connected to the IG were captured alive, reports RIA News Post Anti-Terrorism Committee (NAC). 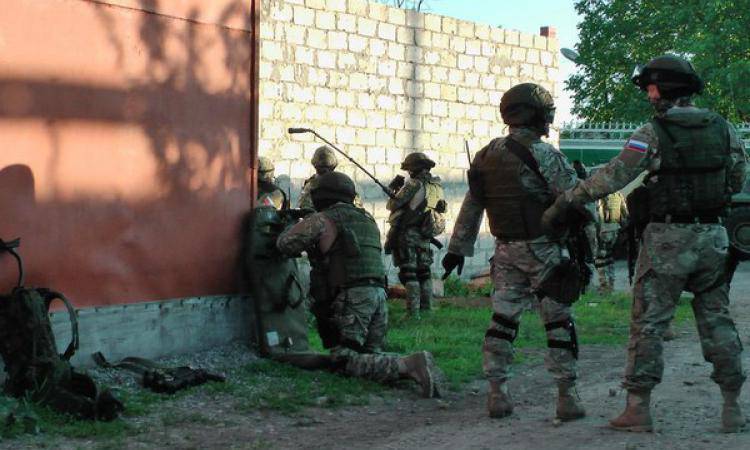 "According to the results of last Saturday's suppression of the activities of the gang associated with ISIS, and the elimination of nine caches with weapons and ammunition, FSB and Interior Ministry units received information on the location of the bandits and their accomplices in the Malgobek and Nazran districts. As a result of a complex special operation in the city of Malgobek and the counter-terrorist operation in the city of Nazran, while rendering fierce armed resistance, five bandits were neutralized, three were detained "
says release.

It is also reported on the discovery of small arms and a powerful explosive device in Nazran.

“The unfinished building in Nazran, where the thugs were hiding, neutralized today (May 26) during the counter-terrorist operation, was intended for religious use. After thoroughly inspecting it, in one of the rooms, in addition to weapons and ammunition, a powerful improvised explosive device was discovered, ”the NAC said.