314 years ago, 25 in May 1702 of the year (although some historians call other dates) Tula artisan and factory owner Nikita Demidovich Antyufeev, better known as Nikita Demidov, received from the tsar Peter the state-owned Verkhoturye ironworks in the Urals, and at the same time - the right to build new factories and the purchase of serfs to work on them.

Thanks to this "feudal privatization", a unique phenomenon of industrial industrial civilization based on de facto slave labor of serfs appeared in Russia. Workers of Demidov factories and mines were considered private property, and their free labor was a complete analog of peasant serfdom, with the only difference that serfdom was seasonal due to the specifics of agriculture, and year-round work at factories and mines, 12-14 hours per day , six days a week, without holidays.

At the same time, the workers usually received only salt, flour for baking bread and some household products from the owner, and everything else was grown in their gardens where their wives, children and old people worked. However, the houses in which they lived, and vegetable gardens, and livestock (who he had) belonged to the factory owner, as well as the serf proletarians themselves, as well as all their family members. The price of serf workers was not very high, for example, one water hammer in the XVIII century in the Urals was worth as much as the factory souls 35, and the blast furnace 100.

Contrary to allegations of the ineffectiveness of servitude, the Demidovs имп industrial empire ’has successfully expanded and developed over the course of a century, bringing huge profits to its owners. Starting from one factory, by the end of the century, the Demidovs had hundreds of enterprises in the Urals, including 33 iron foundries, ironworks and copper smelters, as well as dozens of mines, stone-cutting, carpentry, metalworking, blacksmithing, jewelry and other workshops, which employed more than 38 thousands serf workers. The Demidov clan, which had its "power structures", was in fact the full owner of the Ural region, in which the tsarist power was purely nominal.

Such a fact may indicate the wealth of this clan: in 1768, due to the beginning of the next Russian-Turkish war, the grandson of the founder of the Demidov "empire" Procopius Demidov donated four million rubles for military needs and was not impoverished at all. For comparison, the house in the center of St. Petersburg then cost 70-100 rubles, the average annual income of a Russian citizen did not exceed one ruble, and the overwhelming majority of the population never held money in their hands.

By 1780, the Demidov factories produced 40% of Russian iron. Thanks in large part to them, Russia, which imported iron and cast iron under Peter the Great, came to number one in the world in their production in a few decades. Russian ferrous metals were shipped to Europe and even to America, bringing a substantial income to the treasury. However, at the beginning of the XIX century, the picture began to change dramatically. The industrial revolution, which began in England and soon spread to other European countries, threw Russian metallurgy first to second, and to fifth place by mid-century. And it did not rise above this place until the revolution, despite attempts at re-industrialization, no longer on a feudal, but on a capitalist basis.

On the screen saver - serfs, bought Demidov, driven to one of his Ural factories. Picture from the Udmurt museum of local lore. 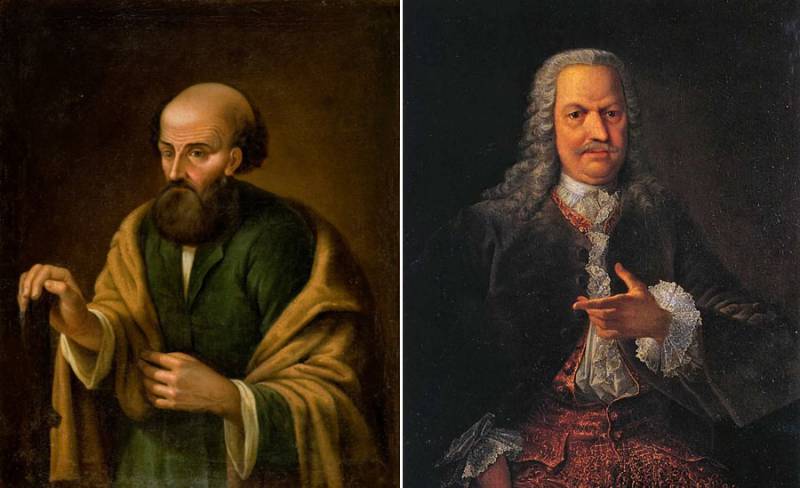 Left: the founder of the dynasty Nikita Antyufeev (Demidov). On the right is his son Akinfy, who was raised from a merchant to the nobility. As they say, feel the difference. 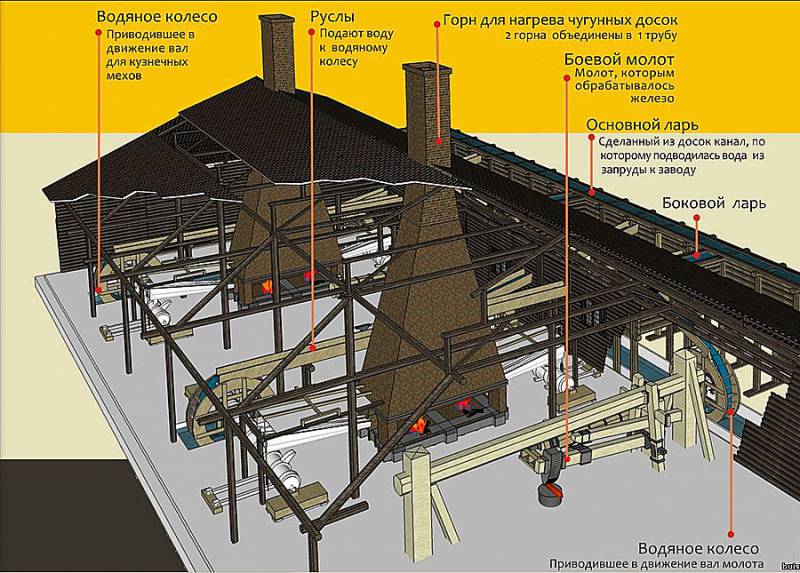 "Molotov factory" - so in the XVIII century, enterprises for the production of iron from cast iron were called, by knocking out slags from hot iron ingots. For this purpose, "combat" hammers, working from water wheels, were used. Something like this in the 18th century looked like most of the Ural Iron Plants of the Demidovs. 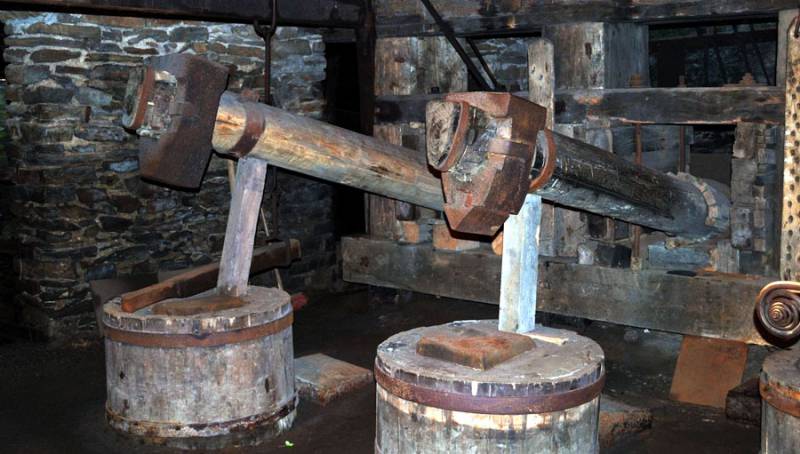 Water hammer forges of the 18th century. The picture was taken in Germany, but in Russia they looked exactly the same. 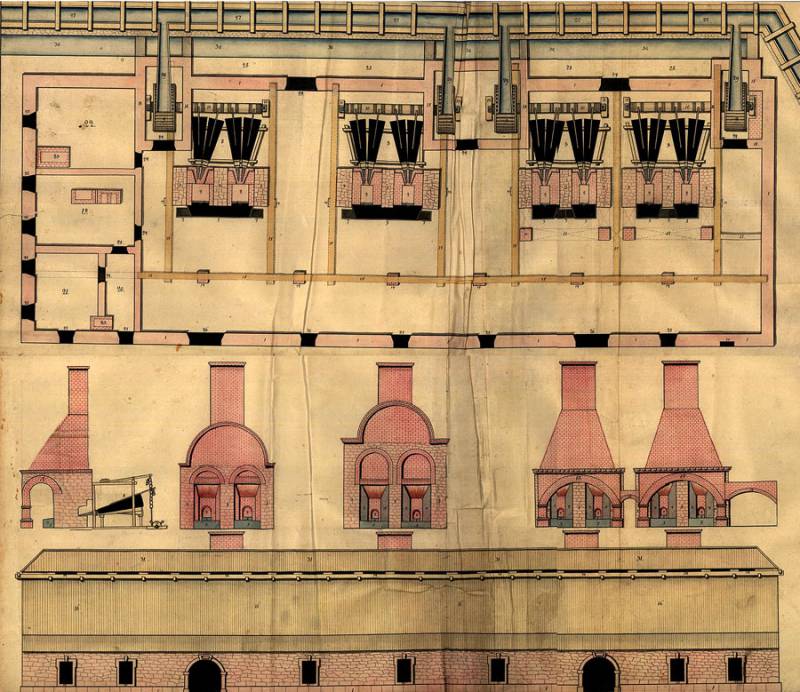 Drawing of a large iron foundry for eight blast furnaces with four water wheels, built in Nizhny Tagil in 1782 year. 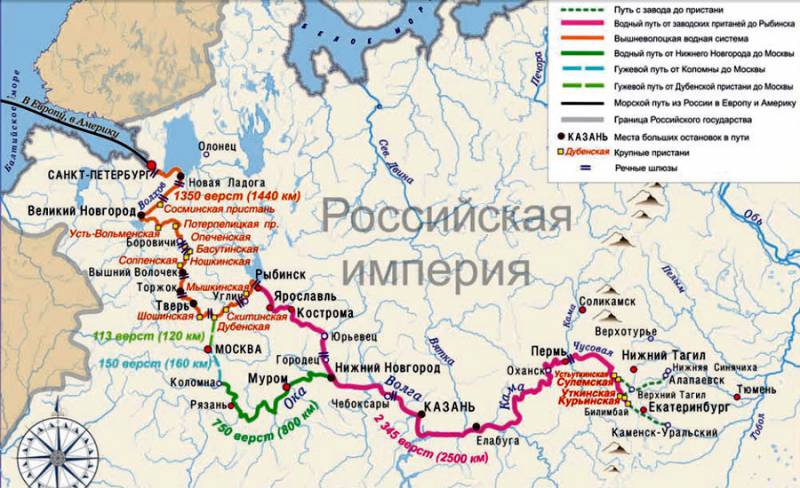 Ways of transportation of products of the Ural mining plants. 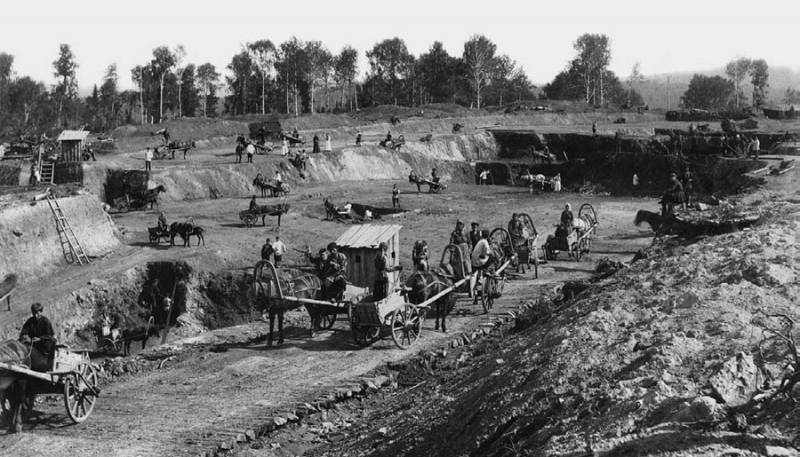 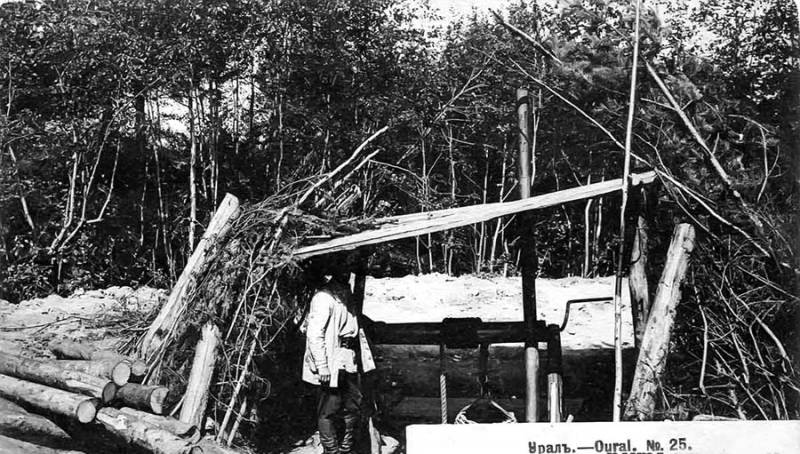 Mine miner with well collar from the same places. And also over the 200 years, nothing has changed. 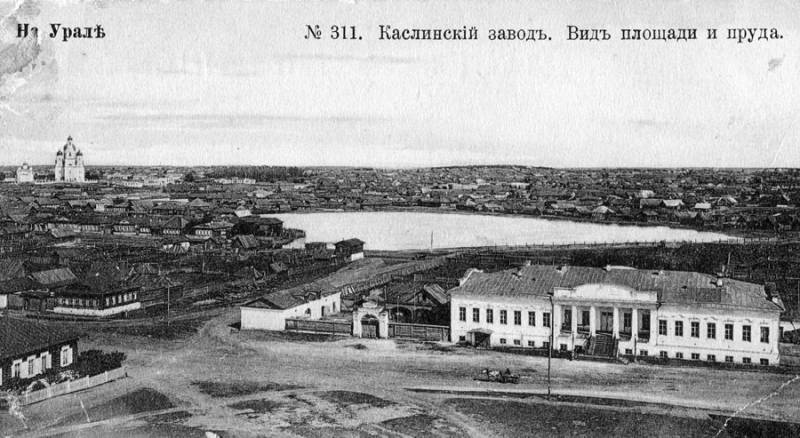 The working village Kasli Ironworks. It is clearly seen that even at the beginning of the last century, the life of the workers remained purely rural, although, they were no longer serfs. 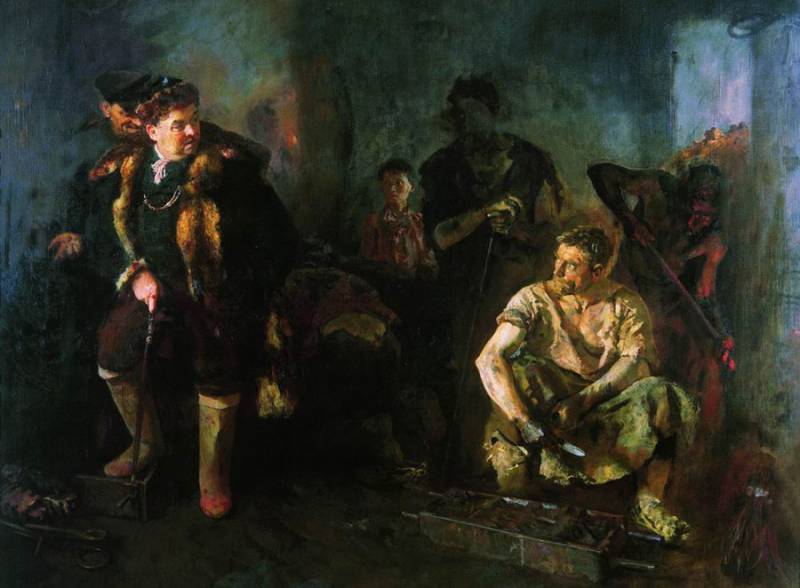 Painting by Boris Ioganson "At the old Ural factory".