Experience is first of all an analysis ... or "catch it, fish, big and small" 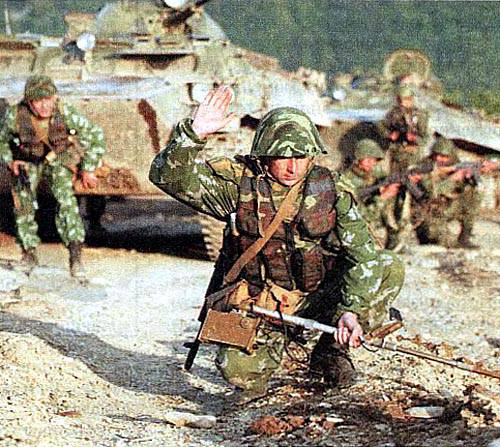 I would like to talk about one small episode, which can be useful for the "Book of combat experience."

... May 2002 of the year. Urus-Martan district of Chechnya. We were in the village police station (POM) of the village of Alkhazurovo temporary department of internal affairs (VOVD) of the specified area.

Before proceeding to the description of the specific situation in which we once fell, I would like to share my thoughts on the work of the village police stations as a whole. (Pay attention to the following text very carefully, since this is the most pressing topic - the prevention of terrorist acts. - Ed.)

The work of the POMs, of course, with proper organization of the service, had its positive aspects for almost all areas of law enforcement, because we constantly lived and worked among the local population. At the time of writing, I served in various departments of the internal affairs agencies of 26 for years, and I believe that I can objectively assert - the FSB, the military prosecutor's office, internal troops, etc. they often received initial information from us or rechecked their sources of information about changes or complications in the operational situation, illegal armed groups, people involved in them, the mood of the population, etc.

That is why the sudden transfer of POMs to the Chechen militia at that time, in my opinion, was a somewhat premature step. Only in the administrative district we serve remained one precinct commissioner whose police service was less than a year and four interns from among the local youth. All of these employees have a knowledge of the regulatory and legal framework - zero ...

Of course, orders are not discussed, but faithfully executed ... But after all, practically before our eyes, there were changes in a positive direction in relation to us, to our work, ordinary Chechens. This was especially evident after systematic performances in schools in front of students and at the so-called citizens' gatherings. As a rule, after the prayer at the mosque, the head of the local administration, together with the imam and the council of elders, organized meetings at our request. That is, our work became transparent in certain areas of activity, which ensured the fulfillment of one of the main tasks of the police - finding contact with the population, gaining some degree of trust in it, being able to get the necessary information and eventually preventing what happened in Nazran in the summer 2004 of the year ... (The material was written by the author before the events in Beslan. - Ed.)

It becomes obvious that the time of direct clashes is receding and more and more often gives way to ambushes, raids and local residents participate in them. I am sure that none of the services, except for the district police officer or the criminal investigation department operative, can quickly get information about, for example, suddenly disappeared locals from among the men, etc. Well, if you learn in time about the impending illegal action, I’ll say this: the detected ambush is no longer an ambush, but a trap that can be avoided.

In fairness, it should be noted that with the help of the local population, we found a considerable amount weapons and ammunition.

Now let me turn to a specific description of the episode, which may be useful for the "Book of combat experience."

The day before our withdrawal, in the morning, several Chechen taxis arrived at the POM and publicly (first oddity) reported that in 50 meters from the T-junction Alkhazurovo - Urus-Martan - Komsomolskoye (that is, on our way ) a mine was installed on the side of the road at night.

When we arrived at the indicated place — naturally, with preliminary engineering reconnaissance — we actually saw a mine and several pieces of wrapping wrapping paper nearby. And the mine itself was clearly visible from the road (the second oddity), but, unfortunately, I did not attach any importance to it - that is, I acted unprofessionally ... After reviewing the situation on the radio, we blocked the road, cordoned off the place and waited for military sappers. After a while they arrived in the convoy of one of the BTR, "Ural" and two UAZ. All this technique stopped directly at the intersection. Out of the car came the senior sappers in the rank of major. I showed him where the mine was installed and explained the situation, after which I went to my employees who made the cordon. Minutes through 20-25, the sappers blew up the mine, and we all went to their places of deployment.

Literally the next morning, it was reported that a mine was again installed at the same place! Upon arrival at the scene, the whole of yesterday’s picture repeated one by one. I also paid attention to that - on a rather busy highway, all movement of the local population stopped (third oddity) ...

When, after our report to the Urus-Martan VOVD, a column with military sappers appeared on the highway, I stopped it approximately 100 meters from the specified intersection. Coming to the same major who came yesterday, I expressed to him my fears that perhaps this section of the road was shot by snipers (then I thought only of snipers ...) But the major replied to me that the fear had big eyes and the police, as always, exaggerates, and that in this situation he defused hundreds of mines, etc.

Then I told him that the police officers subordinate to me would not enter the intersection, and we would block the roads at a safe distance from him. The major replied: "As you wish." The entire military convoy drove into the intersection and got on it to yesterday's place - well, just like a blueprint!

And only the servicemen began to get out of the cars, as one after another, six explosions thundered directly under the vehicles ...

As it turned out, these were radio-controlled land mines - then they found the remains of small batteries. 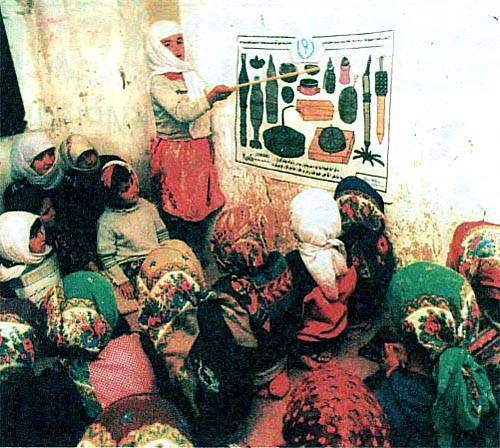 The consequences were injuries, contusion and damage to equipment ...

This leads to the fact that I analyze all the above-mentioned oddities on the very first day, then on the following night (during the mine installation) certain operational measures could be carried out at the specified intersection.

So what are my mistakes? The following why were not immediately analyzed.

1. Why was the discovery of mines reported openly and publicly at the same time several Chechens? (While the previously found ammunition was spoken confidentially).

2. Why was the mine not even a little bit disguised, but, on the contrary, everything was done so that it could be seen? (Scraps of paper packaging around, etc.)

3. Why was the second mine installed in the same place and also not disguised?

4. Why suddenly in a certain period the movement of the local population on the specified section of the road stopped?

This is what the absence of combat experience means. Conclusion: CONSTANTLY, ROUND-THE-DOOR to collect information, think, analyze.

Ctrl Enter
Noticed oshЫbku Highlight text and press. Ctrl + Enter
We are
Born of revolution. The first steps of the Soviet policeBismarck Hunt (May 1941)
Military Reviewin Yandex News
Military Reviewin Google News
2 comments
Information
Dear reader, to leave comments on the publication, you must sign in.