The serial version of the aircraft, which will replace the An-2, should appear in the Russian Federation in 2017 g

26 May 2016
237
Specialists of the Siberian NIA them. Chaplygin will present the serial version of the aircraft, which will replace the legendary "Kukuruznik", in 2017 g, reports TASS The message of the leading engineer of the enterprise Sergey Ivantsov. 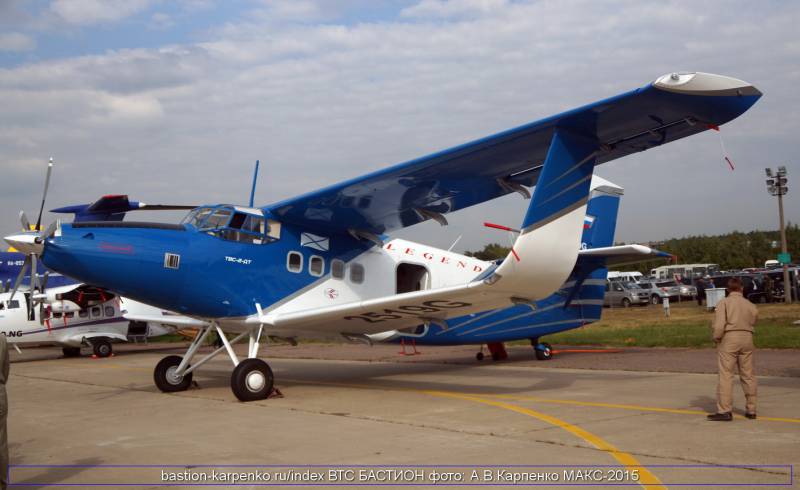 “We expect that we will approach the serial version by 2017 year. At the end of this year, we have to provide a demonstrator with a composite fuselage ",
said Ivantsov.

He recalled that "last year, SibNIA experts assembled an experimental copy of the aircraft, in which they tested new technologies, including elements made of composite materials."

“The car showed itself well and is now being improved to the serial version. A prototype of an entirely new aircraft is being manufactured, which we will already introduce to replace the An-2, ”said a leading engineer.

Earlier, the deputy director of SibNIA, Grigory Anyukhin, told the agency: “The characteristics of the new aircraft far exceed the capabilities of An-2. In particular, it can carry twice as much cargo - up to three tons. The cruising speed (up to 350 km per hour) and the flight range (up to 3,5 thousand km) increase twice. In this case, the aircraft retains the traditional advantages of An-2, for example, the ability to take off and land from a short runway. ”