26 May 2016
14
According to the order, the Russian military will receive in the current and next year 5 helicopters Mi-8AMTSH-VA in the Arctic version, reports MIC with reference to the press service of the association "Russian Helicopters." 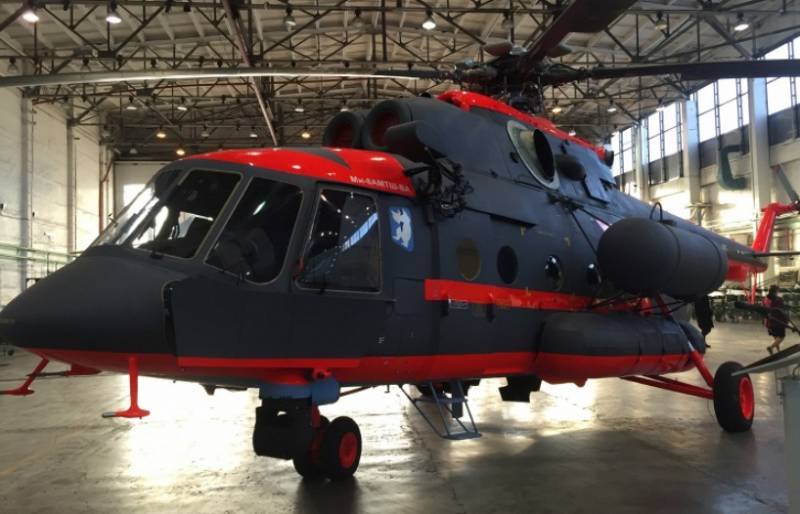 “According to the placed State Defense Order, the Russian Helicopters holding in 2016-2017 will transfer five more Mi-8AMTSH-VA helicopters to the Russian Defense Ministry,”
the report said.

It is noted that "at present, at the request of the Ministry of Defense, two such helicopters are being manufactured at an aircraft factory in Ulan-Ude, one of these machines will be relocated to the Tiksi airfield in the Polar Region."

The certificate of the holding: “Mi-8AMTSH-VA is based on the military transport helicopter Mi-8AMTSH-V, also known as the“ Terminator ”. The machine was adapted to low temperatures, limited visibility and other features of work in the Far North. "

Ctrl Enter
Noticed oshЫbku Highlight text and press. Ctrl + Enter
We are
Mi-8AMTSH-VA helicopter will be exportedU-UAZ continues to build helicopters and is also preparing to test a new car.
Military Reviewin Yandex News
Military Reviewin Google News
14 comments
Information
Dear reader, to leave comments on the publication, you must sign in.