27 May 2016
46
Moscow’s military machine has not yet achieved “global superiority,” foreign experts say. On the other hand, “representatives of the Pentagon” are constantly aggravating the situation, speaking of the “threat” of Russia, which is increasing its military potential. The Pentagon recognizes the modernization of the Russian Armed Forces as a threat to US national security and states that it is necessary to respond to the challenges. 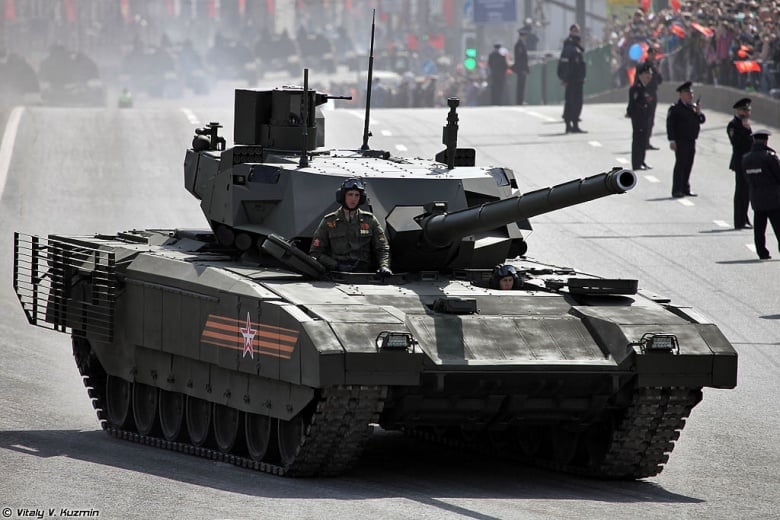 About turning Russia "into a powerful military power" and "a serious threat to the United States," said Dan Gur (Dan Goure) in a magazine "The National Interest".

“Fortunately,” the author writes with irony, “Russian soldiers are not yet ten-foot giants.” Yes, no one says that they are.

However, some unnamed "high-ranking Pentagon officials" often express concern about the accelerated modernization of the Russian armed forces. Many take seriously the growing threats to US national security and the security of American allies.

The military modernization of Russia and the challenge that it throws the United States has been publicly recognized by the US military at the highest level - the Department of Defense. Explaining the need for a deterrent strategy, Deputy Secretary of Defense Robert Wark explained that one of the motivations was the need to respond to the challenges posed by the Russian military machine. Russia's naval and air forces are modernizing at an unprecedented pace.

The United States is losing technological advantage over China and Russia in the air and at sea, in the areas of electronic warfare, space means, communications, intelligence, surveillance and reconnaissance.

General Joseph Dunford once declared that Russia is the number one military threat to the United States. Recently, in March 2016, he went even further, noting that "the Russian military poses the greatest range of threats to US interests." According to him, despite the decline in population and the economic downturn, Russia has made significant investments in military capabilities, namely in systems for launching new intercontinental ballistic missiles, aircraft, nuclear submarines, Tanks and air defense systems. Demonstration of modern weapons "took place" recently in Syria.

The new chief of staff of the ground forces, General Mark Milli, made similar statements.

Obviously, General of the Air Force Philip Breedlove (now former), commander of the combined US forces in Europe, spoke on this topic. According to him, Russia continues long-term military efforts to modernize, and its actions in Ukraine and Syria demonstrate an increase in the projection of force and combat capabilities to remote areas.

No, the Russian military has not yet grown to ten feet, the author notes. But they have grown to five feet and ten inches and continue to grow!

The “leap” in growth that has occurred since the “almost unsuccessful” operation against Georgia in 2008 is “impressive”. The Russian Ministry of Defense regularly demonstrates its new capabilities, conducts large-scale military exercises, in which tens of thousands of soldiers participate. “In actions against Crimea and Ukraine, Russian forces have so far demonstrated an underestimated ability to coordinate tank, artillery and aviation parts along with highly successful electronic warfare, the use of unmanned aerial vehicles and long-range artillery ... ”- the analyst points out. The Russians have already reached the point that they do not reject the preventive use of nuclear weapons.

The National Commission for the Development of the Armed Forces of the United States concluded that the Russian military doctrine and the threatening potential of the Russian army imply the need for appropriate capabilities for the US Army as an element of the combined forces of NATO or other multinational military structures.

Statements about the "threat", constantly distributed from American officials, lead to an increase in diplomatic tensions. 12 May Russia and the United States exchanged claims on the European missile defense issue against the background of the deployment of system elements in Eastern Europe.

In the Kremlin and the Russian Foreign Ministry, notes RIA News", said that the actions of the United States and its NATO allies pose a threat to Russia's national security and could undermine strategic stability in the region.

“We have previously made it clear that the deployment of Aegis systems in Romania and Poland is in full compliance with the Treaty on Medium and Short Range Missiles (INF). The purpose of the deployment of the anti-missile system is to ensure the full protection of NATO partners in Europe from the growing missile threat, "said RIA"News»William Stephens, spokesman for the US Embassy in Moscow.

US Deputy Secretary of Defense Robert Wark said that the US missile defense system in Europe will not be used against any potential missile threat from Russia.

In response, the Permanent Representative of the Russian Federation to NATO, Alexander Grushko, said that "declarative assurances" about the non-directional missile defense of the United States and NATO against Moscow "cannot be convinced".

He stressed that the deployment of missile defense facilities in Romania and Poland is a manifestation of NATO’s overall activity in the eastern direction, “as a result of which the military infrastructure is approaching the Russian borders.”

16 may become aware of something else on the subject of European missile defense and the likely Russian response.

"We agreed that together we will develop appropriate and appropriate response measures", - quotes him Interfax.

According to Makei, Minsk and Moscow share concerns about the US missile defense system in Europe.

Observed and commented on Oleg Chuvakin
- especially for topwar.ru
Ctrl Enter
Noticed oshЫbku Highlight text and press. Ctrl + Enter
We are
Acknowledge the facts: the Russian army is being modernized and becoming a deadly military vehicle (The National Interest, USA)The National Interest: four weapons systems that should be abandoned
Military Reviewin Yandex News
Military Reviewin Google News
46 comments
Information
Dear reader, to leave comments on the publication, you must sign in.