Kerry: Savchenko's release is a stimulus for the implementation of the Minsk agreements

26 May 2016
61
The US State Department is satisfied with the release of the Ukrainian pilot Nadezhda Savchenko in Russia and two Russians in Ukraine, reports REGNUM with reference to the head of department, John Kerry. 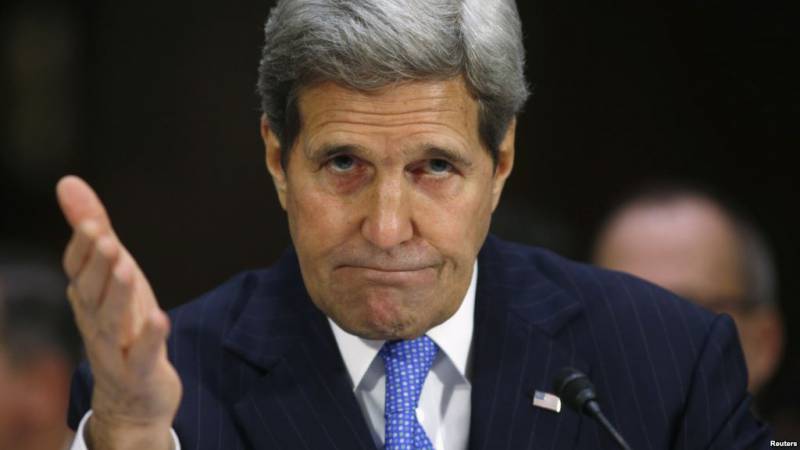 According to the Secretary of State, “Savchenko’s release after long ordeals, which included solitary confinement, is an important part of the fulfillment of Russia's obligations under the Minsk treaties.”

Her “release now should serve as an incentive for their (Minsk agreements) full implementation,” said Kerry.

The agency recalls that “on May 25, Russian President Vladimir Putin signed a decree pardoning Ukrainian citizen Nadezhda Savchenko. She was exchanged for citizens of the Russian Federation Alexander Alexandrov and Yevgeny Yerofeyev. ”

Ctrl Enter
Noticed oshЫbku Highlight text and press. Ctrl + Enter
We are
Mass media: there are no requests from Kiev to exchange N. Savchenko for A. Alexandrov and E. YerofeyevMedia: Savchenko will be exchanged for Aleksandrov and Yerofeyev until the end of May
Military Reviewin Yandex News
Military Reviewin Google News
61 comment
Information
Dear reader, to leave comments on the publication, you must sign in.