26 May 2016
13
One of the main international News In recent days, the US authorities have decided to lift the embargo on the supply of arms and military equipment to Vietnam. For about half a century there was a ban on the supply of US-made military products to the Vietnamese army. In 2014, the terms of the ban were slightly relaxed. Relations between the two countries are now normalizing, which, among other things, leads to the complete lifting of the previous sanctions. At the same time, possible deliveries of certain products have not yet been announced.


The news of the lifting of the embargo is interesting not only in light of the relationship between the two countries, but also in terms of prospects. The lifting of the ban on the supply of American systems may well affect further purchases of the Vietnamese armed forces, which will lead to a noticeable change in the current state of affairs in the international arms and equipment market. Vietnam is currently one of the largest buyers of foreign military products and may be of interest to all manufacturers. Keeping the first place in the list of the largest arms sellers for several years in a row, the United States is unlikely to miss the opportunity to offer its products to Vietnam.

In need of modernization of the armed forces and having the ability to carry it out, Vietnam has been increasing defense spending over the past few years compared to previous periods, including increasing spending on the purchase of new weapons and equipment. According to the Stockholm Peace Research Institute (SIPRI), spending growth has allowed Vietnam in recent years to rise significantly in the list of the largest buyers of weapons. So, in 2014 and 2015, this country was held in 7 and 8 places, respectively. In 2014, the Vietnamese military bought weapons and equipment on 1,078 billion US dollars, and in 2015-m - on 870 million. During the period from 2011 to 2015, a total of 4,723 billion was spent. This allows the Vietnamese armed forces to massively update their material part, as well as to maintain fairly high positions in the ratings. 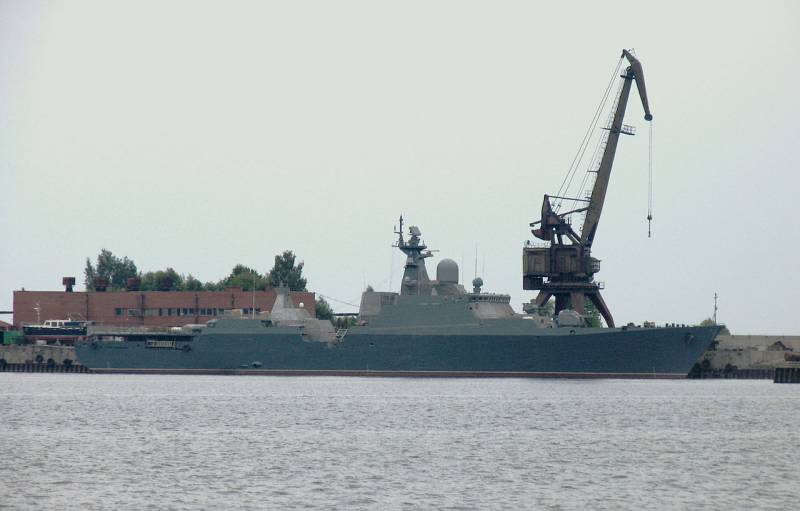 The frigate HQ-011 Đinh Tiên Hoàng during the completion of the construction. Photo of Wikimedia Commons

Due to the lack of a developed defense industry, Vietnam has to buy weapons and equipment from foreign countries. In addition, the modernization of the army is mainly in the purchase of foreign systems. According to the UN Register of Conventional Arms, in the period from 1995 to 2015, the Vietnamese People’s Army received from foreign suppliers 5 armored combat vehicles, 8 ships and submarines, 69 aircraft of various types and 143 missile systems of various classes.

Due to the established traditions and specifics of relations with foreign countries, the Vietnamese military prefer some suppliers to others. As a result, in the structure of military imports of Vietnam there is a specific situation with the issuance of about 90% of orders of only one foreign country. The remaining tenth of the spending goes to pay for contracts with all other suppliers.

Over the past few decades, official Hanoi has maintained good relations with the USSR / Russia. Soviet-Vietnamese cooperation began a long time ago and continues to this day. At the same time, the Vietnamese authorities are purchasing from our country the overwhelming number of necessary weapons and equipment. As a result, for many years Russia has been ranked first on the list of importers of weapons for Vietnam, leaving no chance to competitors.

According to SIPRI, in the 2011-15 years, Vietnam bought military products from Russia for a total value of 3,8 billion US dollars. The Vietnamese armed forces acquire from Russia weapons and equipment of various classes for all combat arms. For example, since the beginning of the two thousand years, several dozen Su-30MK2 fighters were purchased. The last cars under the current contract should be transferred this year. Several contracts for the supply of ground systems, including air defense systems, were also executed.

A special place in the military-technical cooperation between Russia and Vietnam is occupied by the construction of ships and submarines. Thus, in the 2006 and 2013 years, the Vietnamese Navy ordered four frigates of the 11661 project “Cheetah-3.9”. Two ships for which the contract was signed in 2006 year, have already entered service. Two other frigates have recently come to the test and in the foreseeable future will be transferred to the customer. 2100 t displacement ships are capable of destroying surface, coastal, submarine and aerial targets using the Uran-E missile system, AK-176М and AK-630М artillery, anti-submarine RPK-8 and other weapons. For four ships, Vietnam has to pay over 1 billion dollars.

In 2009, Vietnam ordered six diesel-electric submarines from the 06361 Varshavyanka project. Four boats have already been handed over to the customer and have begun their service. Another was recently delivered to Vietnam and is preparing to enter service. The sixth submarine of the series is currently being tested. Submarines "Varshavyanka" are mine-torpedo and missile weapons. For the attack of various surface and coastal targets, they receive the Club-S missile system, which is an export version of the domestic Caliber system. According to some reports, the purchase of six diesel-electric submarines, crew training and the construction of the necessary infrastructure cost Vietnam about 4 billion dollars.

Of particular interest is the Vietnamese-Russian contract concerning the supply of rocket boats of the 12418 project. Two such boats were built in Russia. In addition, Russian specialists helped their Vietnamese colleagues build six more boats. Now the last two boats of the series are being tested in Vietnam. Boats of the 12418 project have a displacement of about 515 T and carry the Uran-E missile system. The construction of eight rocket boats cost Vietnam approximately 1 billion dollars.

Russia is the largest supplier of weapons and equipment for the Vietnamese People’s Army. Nevertheless, Hanoi buys similar products from other countries, although similar contracts differ in much smaller volumes. In 2011-15, Ukraine took second place in terms of military supplies to Vietnam, which won contracts for 107 million dollars. On the third line was Israel with orders for 85 millions. The top five leaders are Spain and the Czech Republic, which have earned 38 and 30 million dollars in Vietnamese contracts, respectively.

According to available data, Vietnam buys from Russia weapons and equipment of almost all the necessary classes. A new material part is purchased for the ground forces, air force and naval forces. Other supplier states that do not have the required share in Vietnamese imports are limited to only a few positions. For example, Israel supplied Vietnam with radar stations and anti-aircraft missile systems, and the Netherlands negotiated the construction of warships. Also last year, Vietnam received a Polish-built motor-sailing training ship.

Interestingly, in recent years, Vietnam has been buying from third countries not only new models, but also used equipment. Thus, in the second half of the last decade, Ukraine and Romania sold a number of Su-22 fighter-bombers and Yak-52 training aircraft to the Vietnamese air force.

Various contracts for the supply of certain products of Vietnam are one of the factors due to which Russia over the past few years retains the second place in the world ranking of arms dealers. First place, with some margin, is occupied by the United States. The complete lifting of the arms embargo on Vietnam allows American manufacturers of weapons and equipment to hope for new lucrative contracts. Interestingly, the first information about the possible appearance of such agreements leaked to the press several years ago, shortly before the partial lifting of restrictions on supplies to Vietnam.

In the 2013, there were reports of Vietnamese command interest in the Lockheed Martin P-3 Orion patrol aircraft. However, the matter has not progressed beyond information about interest. Last year, the US government issued a loan to Vietnam for the purchase of several patrol boats being built in the United States. The appearance of other similar agreements is also not excluded.

One of the main reasons for the recent decisions of official Washington may be the desire to support Vietnam in the context of disputes over the islands of the South China Sea. Several states apply for these territories at once, including Vietnam. Among others, China wants to join these islands, which is currently viewed by the United States as a serious and dangerous rival. Thus, to fight a political rival, the United States can provide some assistance to its competitors, among whom Vietnam is present.

Last year’s contract shows that the United States is ready not only to sell Vietnam the necessary products, but also to help it with financing such orders. In addition, we should not forget that the hypothetical contracts with Vietnam are related to making a profit. Thus, in the current situation, official Washington has a chance to simultaneously solve two tasks: to support its defense industry with new export contracts, and also to interfere with the actions of the main competitor in the region, and putting the main work to third countries.

Any information about the negotiations of the American industry with the Vietnamese armed forces are not yet available. The decision to lift the embargo was announced just a few days ago, and, probably, both sides have not yet had time to decide on future plans in the new conditions. However, negotiations on new contracts can begin at any time.

The honorary title of the largest supplier of weapons and equipment belonging to the United States is confirmed not only by sales, but also by the widest range of products. American companies are able to build equipment for all types of armed forces and produce a variety of weapons, as well as ammunition. What types of American products may be of interest to the Vietnamese military - is still unknown. Also, the possible expansion of military-technical cooperation between the two countries remains in question.

Various versions are already being voiced about the possible consequences of the recent decision of the official Washington. Predicted as a possible development of military-technical cooperation between the United States and Vietnam, and the preservation of the current situation without major changes. At the moment, both versions look plausible, but only further developments can show their correctness.