"Antonov" management: "In Russia," only the Sukhoi Design Bureau remained afloat, and we retained all our intellectual potential "


All the rest of his statement on the Ukrainian aircraft industry, apparently, should be linked precisely with the campaign for "aggressive marketing." So Kotsyuba announced that “the world has not produced anything more perfect than“ Ruslan ”and“ Mriya ”.

"Antonov":
Our "Mriya" has not left for the third week news releases around the world. The plane is solemnly greeted in Europe, Asia, Australia, and the Middle East. 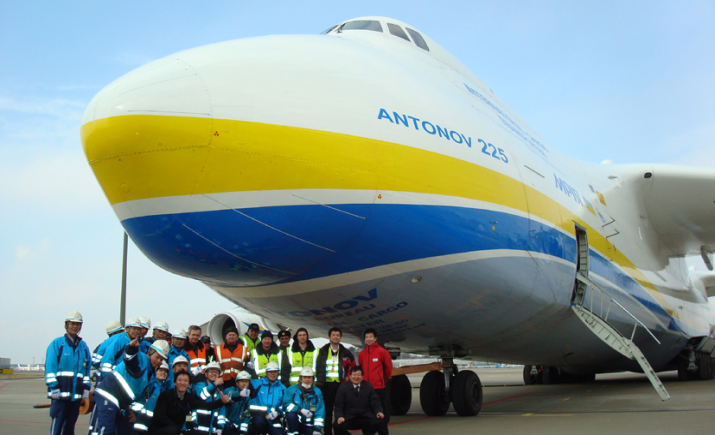 From the statement Kotsyuby:
We can offer our customers transport aircraft with a payload from 2,5 t to 250 t, regional passenger planes in a niche to 100 seats and special-purpose aircraft. From the "new products" - An-132, light cargo, very promising aircraft, which we are creating with partners from Saudi Arabia.

At the same time Kotsyuba announced that “Antonov” continues to develop after the break of ties with Russia. But, according to Kotsyuba, the Russian aircraft building industry "is in decline":
In the same Russia, only the Sukhoi Design Bureau remained “afloat” - thanks to, basically, the military-technical segment. We, in spite of everything, have retained all the intellectual potential, the company employs about 13 thousand people.

The interview with Mr. Kotsyuba looks more like a strange advertisement of an enterprise, which is sawn by the authorities of Ukraine under the guise of "strategic development of the industry".

Ctrl Enter
Noticed oshЫbku Highlight text and press. Ctrl + Enter
We are
What does F-35 not like in Australia?
Military Reviewin Yandex News
Military Reviewin Google News
129 comments
Information
Dear reader, to leave comments on the publication, you must sign in.