Project "ZZ". The worse the better

25 May 2016
145
At the ASEAN summit, President Putin spoke about the sustainability of the Russian economy and the passing of the "bottom of the crisis." Later, advisor to the head of state Andrei Belousov said that since the beginning of the crisis in Russia, almost 5 millions of “new poor” had appeared, and this is a problem. However, one columnist in the Chicago Tribune suggests that Russia is recovering and even forms an economy outside the oil sector. The economic observer Die Welt thinks differently: he ridiculed the recent "failure" of Russia in world financial markets. 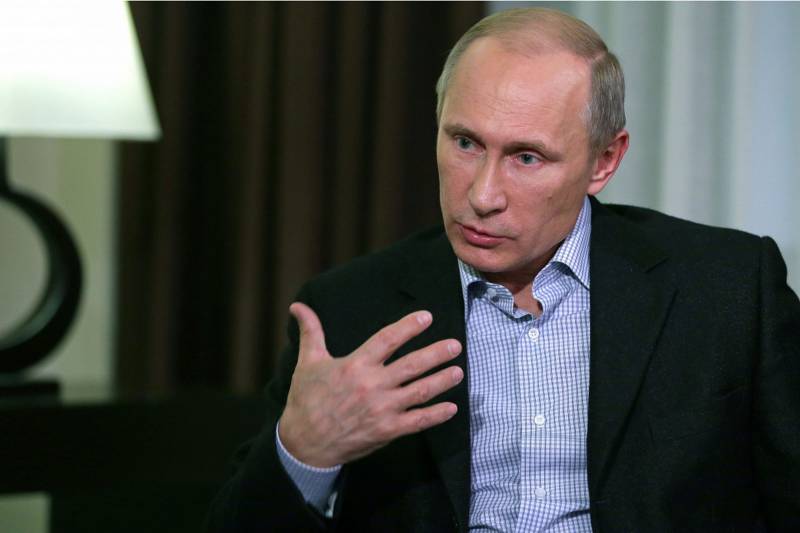 At the recent Russia-ASEAN summit in Sochi, it became known that ASEAN states need hydrocarbons and electricity, and Russia is ready to meet demand.

As noted by "Russian newspaper", President Putin spoke at the event about the stability of the Russian economy and the passage of the "bottom of the crisis."

“Our economy has proved its stability in the conditions of unfavorable external conjuncture,” V. Putin quotes the publication. “The bottom of the crisis in 2015 can be considered as passed.”

The president also praised the government’s anti-crisis measures and the actions of the Central Bank of the Russian Federation to introduce a flexible ruble exchange rate, the RG reports.

In parallel with Putin, another well-known optimist spoke out and a great specialist in bottom economics - Minister of Economic Development A. Ulyukayev. According to him, the Russian economy out of recession. However, in the first quarter of 2016, the GDP dynamics will be ... in the negative zone.

“But so close to zero that I do not change my position, that, starting from the third quarter of last year, we are out of recession,” Ulyukayev’s statement "Lenta.ru".

There were also other statements about the Russian crisis. Not so optimistic anymore.

On the eve of the presidium meeting of the Economic Council under the President of the Russian Federation, presidential adviser Andrei Belousov told the public about the appearance of nearly five million “new poor people” in the country since the beginning of the crisis.

“The number of citizens with incomes below the subsistence minimum is now 13 percent of the population, before the crisis there were 10 percent. These are almost five million new poor people ", - quotes the adviser "Lenta.ru".

Belousov believes that the increase in the number of citizens with incomes below the subsistence minimum has become a serious problem for the economy. The Russian economy as a whole overcame the crisis, although the number of poor people turned out to be much higher at the new equilibrium point. It may take several years to restore the population’s income, Belousov thinks.

Much more optimism about the Russian economy is shown by analysts, whose materials are published in the ... American press.

В "The Chicago Tribune" Russia is believed to be not only recovering, but even forming a non-oil economy based, apparently, on agriculture and information technology.

As Olga Tanas points out, the Russian economy is experiencing the time of the “biggest restructuring” that President Vladimir Putin has started.

Problems in the commodity industry led to the fact that some other sectors of the economy survived and even "found a way to flourish." The journalist quotes Deputy Finance Minister Maxim Oreshkin, who said that the “new growth drivers” in Russia were agriculture, the chemical industry, the food industry and domestic tourism. Of course, they have not “compensated” for the fall in non-commodity sectors, which was of a one-time and structural nature.

And yet the Russian economy is beginning to raise its head. The decline in QNUMX Q1 was less than the estimated values. The fall in gross domestic product by 2016 percent compared with the corresponding period of the previous year was the lowest since the decline that began in 1,2.

What was done with the ruble exchange rate at the end of 2014 of the year (the transition to a freely floating exchange rate), the journalist calls "shock therapy." This measure had to be taken because of the confrontation with the West, which arose after the Ukrainian conflict and the decline in oil prices. The ruble has fallen sharply, inflation has jumped, consumer demand has declined, which is connected with the fall in wages. However, with further stabilization of oil prices, inflation was only 7,3% compared to a year ago. The 13-year high inflation rate reached in March 2015 of the year (16,9 percent).

Further, the article reports on the achievements of agrarians: agriculture, whose share in GDP grew to 4,4% last year, demonstrated the highest indicator from 2003. The journalist attributes the success of farmers to the ruble weakening.

To improve “in other areas”, alas, the “source of vitality” still remains oil and gas.

Proceeds from the sale of energy to Russia gives about a third of budget revenues. This compares with 23 percent in 1996-1999. and on average with 50 percent in 2011-2014, according to Morgan Stanley.

Any profit will be short-lived, if there is no thorough modernization, followed by investment. Perhaps the biggest obstacle is the business climate in Russia. On the other hand, there is some progress: in the World Bank's index of ease of doing business, Russia has risen from 61-th place (2013) to 51-th in the current year.

First Deputy Head of the Central Bank Dmitry Tulin said that the economy is doomed to stagnation without reform. “The main factor for sustainable growth is an increase in investment,” the newspaper quotes Tulin. “At present, we cannot ensure the stability of the exchange rate due to the structure of our economy, its excessive dependence on commodity exports.”

Just one large German newspaper told something about investments.

Investors will stand in line, assured people of the Kremlin. What? It turns out that for the first time in ten years, Russia decided to sell dollar bonds again (Dollar-Anleihen). But already in the course of preparation, the project “crashed,” the editor notes.

The Kremlin simply flaunted: investors did not line up for Russian papers. The project failed at the preparatory stage. “Vladimir Putin probably imagined otherwise that the country was returning to the arena of world finance,” the journalist points out with unkind irony.

Putin was going to demonstrate to the world that Russia is acting on the international financial markets as a world power, and at the same time to get the money that is so necessary for the budget.

However, nothing happened. On Monday, the Russian Ministry of Finance was forced to announce that Moscow had difficulties with the placement, which will now be carried out by the forces of VTB Capital alone.

The reluctance of foreign investors to mess with Russian securities is explained very simply. In February and March 2016, the author recalls, European and American governments warned Western financial institutions from participating in the placement of Russian Eurobonds. The “warning” was allegedly tied to the existing sanctions. Therefore, Putin’s plan “failed miserably.”

What is waiting for Russia? Here is the forecast from the agency Fitch: the deficit in the budget of the Russian Federation will grow in 2016 year to 5% of GDP. The “hole” is explained by the low price of oil.

However, note that the “crack” with the Eurobonds was slightly exaggerated by the German.

As the RBCThe Ministry of Finance of the Russian Federation completed the placement of Eurobonds by closing the bid book of 24 in May at 20: 00 Moscow time. The volume of sold securities - 1,75 billion. Demand exceeded supply by several times. “More than 70% of the placement fell on foreign investors. It was this group that we focused on, ”the Ministry of Finance specified.

As for the sanctions mentioned, Europe is unlikely to abandon them. We are talking about those states that allegedly objected to restrictive measures against Russia.

If 23 February, 2016, Slovak Prime Minister Robert Fico called for the lifting of restrictions imposed on Russia as soon as possible, and a 20 on May 2016, a Brussels-based diplomatic source said that Slovakia, along with Hungary, Cyprus, Greece and Italy, supports the lifting of anti-Russian sanctions, in the evening 24 May suddenly it turned out that Slovakia does not intend to remove the sanctions. This was reported not by any European anonymous author, but by the head of the Ministry of Economic Development and Trade of the Russian Federation, Alexei Ulyukayev. He informed the public about it following the results of negotiations with Slovak Deputy Prime Minister for Investments Peter Pellegrini and the Minister of Economy of the country Peter Zhiga.

"The sanctions were discussed, the Slovak colleagues raised the question of what they consider to be an ineffective and unpromising sanction regime," Ulyukaeva quotes "Lenta.ru". Having said this, the interlocutors suddenly declared that they were “loyal members of the EU, therefore they would fulfill his demands.”

The emergence of millions of officially recorded “new poor people”, excessive dependence of the budget on the export of commodities and invigorating statements of the upper classes about the passing of the next bottom suggest the idea of ​​the bottomlessness of the Russian economy. Undoubtedly, the latter, under the guidance of optimist Ulyukayev, exists according to the principle discovered by Pushkin: the worse, the better.

“I wanted to talk with you about the change of the ministry,” wrote the poet P. A. Vyazemsky in June 1824. - What do you think about it? I'm happy and not. It has long been the motto of every Russian the worse the better».