Russian Eurobonds, or How to borrow in terms of sanctions

25 May 2016
63
Perhaps the main economic news in Russia in the week becomes news about the return of the "torn to pieces of the economy" of the Russian Federation to the market of foreign borrowing. Without any special announcements, after almost a 3-year break, Russia decided to announce the placement of Eurobonds totaling 3 billion dollars. The book of applications for Eurobonds opened on 23 in May and was supposed to close at 14: 00 (MSK) for the next day, however, with the closure of accepting applications, it was decided to wait a little, since the daily demand for Eurobonds exceeded two-fold their value. By the two o'clock in the afternoon of May 24, the proposals amounted to almost 6,4 billion dollars.


Now it is worthwhile to present the definition of Eurobonds (Eurobonds), which should be understandable to an ordinary person who is not particularly interested in economic cobwebs, but is still interested in the state of affairs in the domestic economy. So, what should be understood by Eurobonds? To put it simply, these are actually securities issued by large companies, banks, and governments of countries to attract loans for a fairly long period. The limit for Eurobond validity is 40 years, although in practice the borrowing period and its payment are much lower. At the same time, legal entities responsible for the distribution of Eurobonds when they are placed, undertake to guarantee profitability from the sale of such securities. The prefix "euro" in relation to bonds does not mean at all that the placement can be associated exclusively with the territory of Europe. The fact is that historically the first bonds of this nature appeared in Europe, hence the prefix "euro". But in fact - place it even in Asia, even in Africa - if only there are those who wish to invest in your debts, waiting for payment of interest dripping on them in your wallet.

In general, to put it more simply, Russia decided to borrow money on the foreign market, in fact promising a guaranteed return by deciding on the provision of funds. Guaranteed! Well, not Ukraine, after all ...

The amount was determined - 3 billion dollars (again, there are some numerical associations with the "Square" - it is possible that just a coincidence ...). The percentage of return is also determined - 4,65-4,9% per annum. And by international standards, this is a very attractive percentage, which, on the one hand, should seem to indicate risks, and on the other hand, that Russia is a “generous soul”. The placement period is also defined - 10 years.
An important question that many are asking today: but isn't Russia under sanctions? How can the Russian Federation place Eurobonds if the “good uncle” of Washington effectively prohibits working with “undemocratic Russians” to the leading international securities settlement systems of Washington?

For a long time, the main snag for Russia was that none of the major international “partners” found the willpower to try to place Russian Eurobonds on its own behalf, despite the relatively high interest rates that Russia pledged to pay. But the solution was found. If foreign "partners" cannot go against the directives of Washington, then you need to look for your own options. Found The organizer of the placement of Russian debt securities was VTB Capital, and the National Settlement Depository will serve the issue of Eurobonds. And one and the other has Russian jurisdiction, and therefore all "frightened by sanctions" can go to the forest, and the rest - if you want to invest. 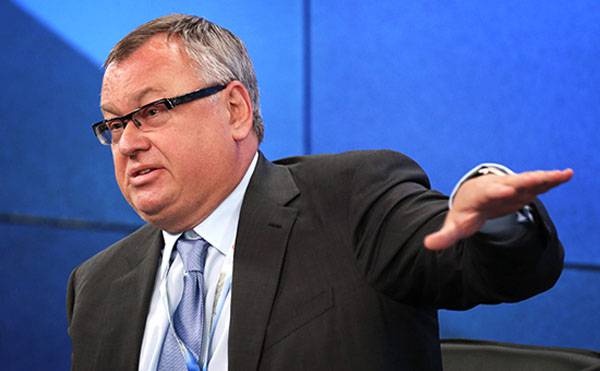 Among the "frightened" remain for the most part Western major "partners", including, for example, "Goldman Sachs" and "Deutsche Bank". But there is a steady increase in the number of Asian companies interested in acquiring Russian Eurobonds. The main reason for such an interest is that only in the first 4 months of the current year Russian Eurobonds brought their holders a substantial percentage - 7% (in dollar terms), which is one of the leading indicators in the world among countries with developed and developing economies . This proves that investing in the Russian economy, with all its problems, is beneficial, although investing precisely in the economy of the problematic period makes it possible for those who invest to make impressive profits. Although the risks, too, has not been canceled. However, with all the risks Russia is trusted. Well, Russia is not accustomed to imposing "unlimited vetoes" on payments on government bonds ... Even in much more difficult times, Russia paid off debts (for itself and for the "fraternal peoples of the former USSR").

In order to attract even more investors, Russia decided to go one more interesting step: it was announced that the funds received from the placement of Eurobonds would be directed to the currency account of the Federal Treasury at the Central Bank of Russia and would not be involved in projects that are under Western sanctions. Like, "know crime", - as our minister of sports would say.

This also added interest to the Eurobonds being placed, and even those who are among those supporting anti-Russian sanctions already licked their lips at the sight of interest. In fact, these comrades, who, as they say, are not comrades at all, received a signal: if you still support sanctions against the Russian Federation, then you can’t see even quite good interest rates on the possible acquisition of Eurobonds placed by the Russian Federation by today's standards. Are they upset about it? Well, on the one hand, 3 billion - not exactly the amount due to which large Western money bags will allow themselves to be upset, but on the other - not all bags in the West are exceptionally large.

Moreover, Russia is sending another signal: no one is going to stand on the porch with an outstretched hand and pleading “give credit”. And what should we stand for, if after the “most independent in the world” international rating agencies were quick to give the Russian economy a rating close to “trash” (or even directly “trash”), interest on loans for Russia (and all of them Equally give are not eager) turned into wild. Instead of wild interest, Russia offers potential lenders 4,9% per annum on the issued bonds, and after all, those who want to lend to these percentages fly together. So, the garbage rating of Russia has nothing to do with reality.

The profitability of work in the Russian market is confirmed by the “sanctionists” themselves. Thus, the publication of reports by a number of European banks that left the Russian market, indicates a drop in revenue.

Newspaper "News"referring to the data of the NRA (National Rating Agency) reports that the Belgian KBC Group (691 million dollars), Barclays Bank PLC (625 million dollars) and Bank of Cyprus (443,8 million dollars) suffered the greatest losses. Having abandoned the “daughters” who worked in Russia, these banks faced financial losses, which so far have nothing to cover. Now the main question for them is: how to come back and not annoy the "uncle from Washington" ...

Another thing is that one can be killed about the "inability of Russia to live without external borrowing." Well, this is already a separate conversation - kill yourself, do not kill yourself, this is all the “charms” of a market economy, in which the sacred cow has always been a swelling debt bubble and the repayment of interest on other borrowings alone. Moreover, the paradox of a market economy is that the volume of your debt de jure (in relation to at least the “elected” states) does not in any way affect your credit image. Well, if we have not built communism, we have to delve into the capitalist nuances and look for options for maneuver, even if it looks like it’s not even Komsomol-like.

Ctrl Enter
Noticed oshЫbku Highlight text and press. Ctrl + Enter
We are
Results of the week. "We did not study at universities .."Memory sake. In the Donetsk Museum of the Great Patriotic War, a diorama of the battle at Saur-Grave opened
Military Reviewin Yandex News
Military Reviewin Google News
63 comments
Information
Dear reader, to leave comments on the publication, you must sign in.