24 May 2016
15
The small anti-submarine ship "Naryan-Mar" of the White Sea Base of the Northern Fleet carried out practical shootings with naval artillery systems at air and sea targets, the press service reports Ministry of Defence. 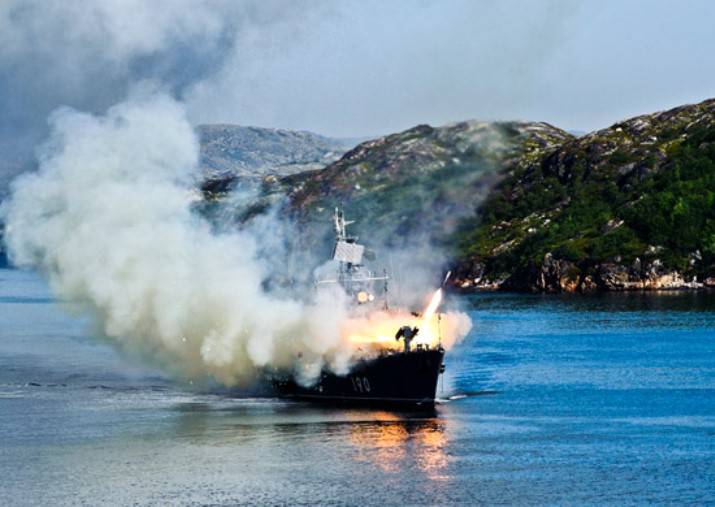 "During the artillery firing, the calculations of the AK-176 and AK-630 complexes successfully performed exercises in combat with a surface ship of the conditional enemy during intensive maneuvering and destruction of naval and air targets at various distances," the release said.

Also, the IPC "has worked the application weapons, the use of technical means and means of electronic warfare to repel a simultaneous attack of air attack weapons and speedboats of a conditional enemy. "

It is noted that “after artillery firing, anti-submarine sailors overcame a conditional minefield with a test shooting of a floating mine from the AK-630 complex”.

In addition, the crew of the ship “carried out practical bombing from a RBU-6000 rocket-propelled bombing unit and worked out a set of measures to combat submarine sabotage forces and equipment, including practical grenade launchers and firing from stationary and hand grenade launchers.

Help Press Service: “Project 1124 Albatross small anti-submarine ships are armed with AK-176M and AK-630M artillery systems, RBU-6000 rocket launchers and 533-mm torpedo tubes, as well as modern sonar systems. Designed for the protection of the water area of ​​force-based points fleetsearch and destruction of submarines in the near sea and coastal zone. "