Choosing the best of the available, or Why Crump? 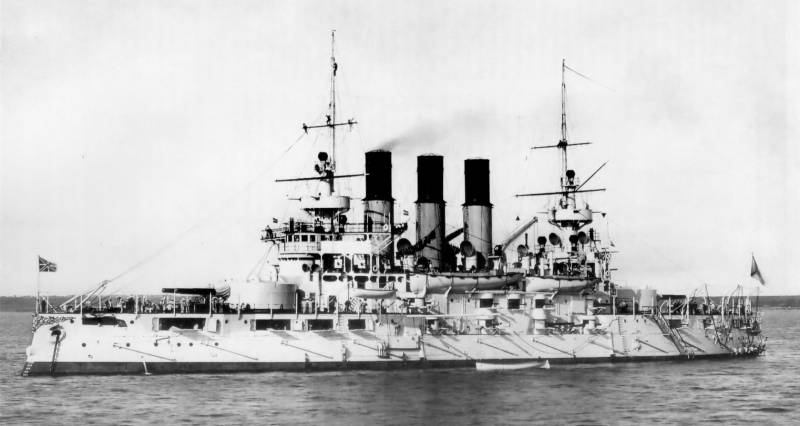 As part of the implementation of the shipbuilding program "For the needs of the Far East", adopted in early 1898, the Russian government in the person of the MTK announced an international competition for the construction of armadillos, cruisers and destroyers to strengthen the Pacific squadron. However, already in the spring of 1898, the Russian side urgently concluded a contract with the American entrepreneur C. Cramp (Charles Cramp) for the construction of an armored cruiser and a squadron battleship. Over the next decades, domestic sources have used the accusation of the chief as an explanation for the refusal of the Maritime Ministry fleet in corruption.

And if you try to look at the situation with an open mind? Both foreign companies that have responded to the invitation, the Italian “Gio. Ansaldo & C "and the German" Schiff- und Maschinenbau AG "Germania" ", there was no experience in building large warships according to their own designs. By the time of the events described, Ansaldo had handed over to the customer two armored cruisers, Garibaldi and Cristóbal Colón, built according to the design of the Italian politician, general and naval engineer E. Masdea (Edoardo Masdea). "Germania" is the armored cruiser "Kaiserin Augusta" and the battleship "Wörth", designed by the actual privy councilor A. Dietrich, head of the Konstruktionsdepartements of the Admiralty of the German Empire.

Schiff- und Maschinenbau AG "Germania", a shipyard with several hundred employees, was acquired by Friedrich Krupp AG in 1896 and expanded and modernized in the following years. The area of ​​the shipyard, which in 1902 changed its name to "Friedrich Krupp Germaniawerft", within six years was increased from six to twenty two and a half hectares, the number of personnel exceeded a thousand people. "Gio. Ansaldo & C "by 1898 in terms of the volume of completed orders was several times inferior to the leaders of the Italian shipbuilding industry. So, over the last two decades of the nineteenth century, the shipyard "Castellammare di Stabia" for the Italian navy built ships with a total displacement of 77 313 tons, "Venice" 49 696 tons, "Spezia" 47 775 tons. "Ansaldo" equaled 10 tons. The number of workers in the period from 477 to 1890 due to the lack of orders was reduced from 1893 to 600 people. With the beginning of the construction of armored cruisers of the "Garibaldi" type, the shipyard's personnel began to increase, reaching 380 in 1897. Comparing this shipbuilding company with others, it can be noted that about 1 workers worked at the Armstrong shipyard in 250, from 1897 to 16 the company built warships with a total displacement of 000 tons. In 1882, William Cramp & Sons "occupied an area of ​​1897 hectares with a total of 179 workers. From 685 to 1895, the company delivered combat and civil ships with a total displacement of 13 tons to customers. As these facts and figures show, both German and Italian the firms that submitted their applications for participation in the international competition, at the beginning of 6, were small shipbuilding companies with limited capabilities. 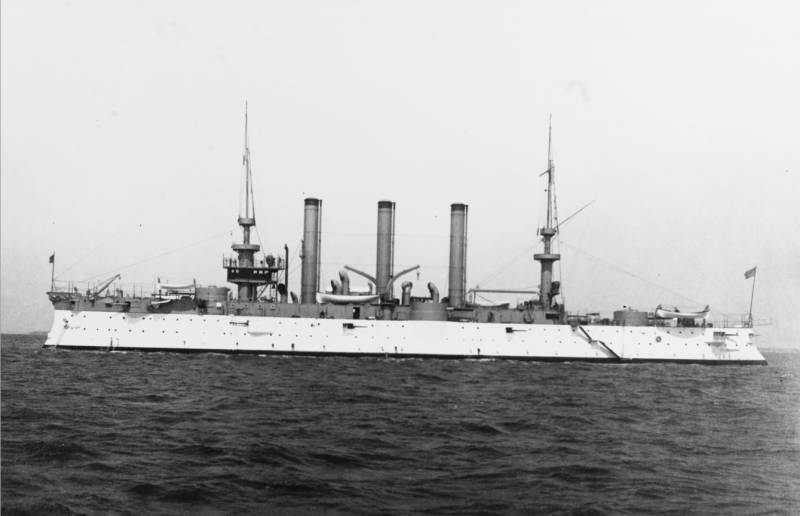 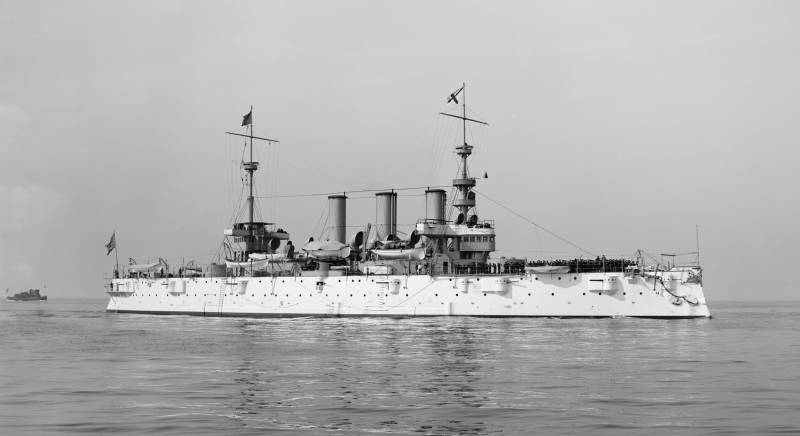 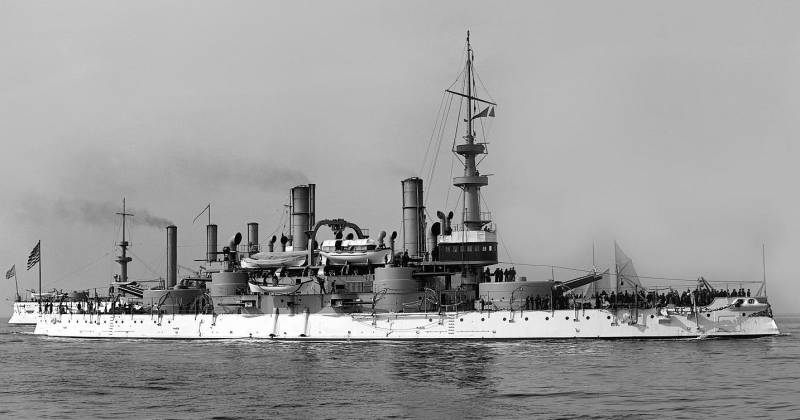 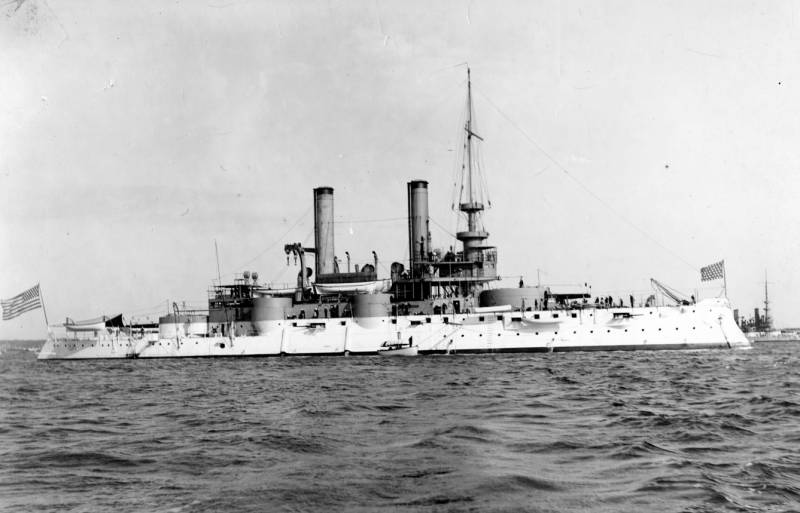 Following the meetings with Crump, Admiral-General Grand Duke Alexey Alexandrovich and the Chief of the Main Naval Staff F.C.Avelan approved the construction of a squadron battleship and an armored cruiser in America.

Another battleship, also on a non-competitive basis, was decided to be built in France, at the shipyard of the society “Forges et chantiers de la Méditerranée”. According to the designs of the chief designer and director of the company engineer A. Lagan (Amable Lagane), by the order of the French naval forces and foreign customers, the shipyard built armored cruisers Amiral Cécille, Itsukushima and Matsushima, as well as Armadillos Amiral Duperré, Marceau, Pelayo, Capitan Prat and Jauréguiberry. 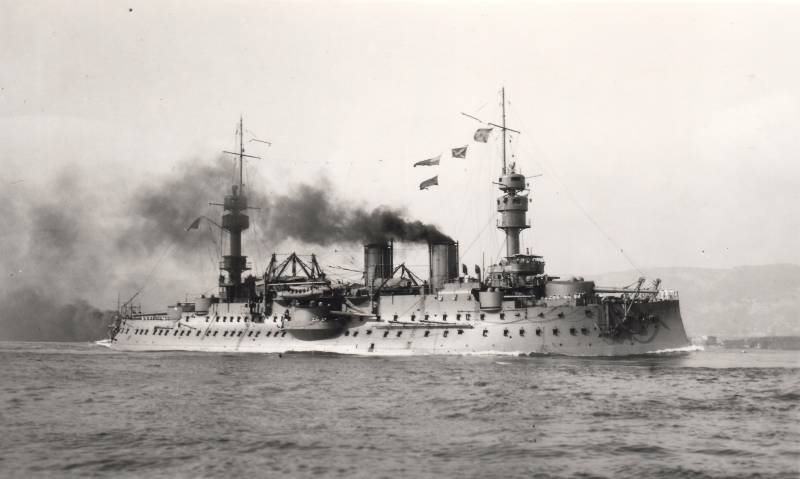 The international competition for the creation of a battleship project did not take place, possibly also because of the poor experience of another international competition, to create an armored cruiser announced by ITC Circular No. 2 from 2 in March 1894. In October, 1894 summed up the first round of the competition on the nine projects submitted, and in June 1895, the final results of the competition. The competition lasted fifteen months, but none of the submitted projects could “be subject to immediate construction”. Obviously, under the conditions of a clearly perceived growing threat from the rapidly developing Japanese fleet, the leadership of the Marine Ministry found it unacceptable to delay the construction of two battleships abroad by holding useless contests, the results of which still needed to be refined and actually re-created the project.

It is impossible to either prove or deny the version of bribe-taking by officials, but what if you look at the situation from a different angle, wondering whether C. Crump made sense to give a bribe to get an order that did not promise a serious profit?

According to the contract, the cost of the squadron battleship Retvizan, with and without weapon reservation, was 4 358 000,00 dollars. For comparison, "Tsesarevich" with reservation and without armament cost under the contract 5 842 605,00 dollars (30 280 000 francs). The amount in which the Retvizan booking was supposed to do was unknown to us, however, the data at our disposal allows us to estimate the value of the Russian ship's reservation. In 1898-1899, for one ton of Harvey armor (Harvey armor), the US government paid 405 dollars to the main American steel companies (Bethlehem Iron Company and Carnegie Steel Company). Considering that the replacement, at the request of the ITC, which was supposed to be installed by C. Kramp Garveyevskaya armor to Kruppskaya (Krupp armour), poured into the treasury additional 310 000,00 dollars, the armor for Retvisan, the total weight of which was about 3300 tons. 1 dollars. Consequently, Retvisan without armor and weapons cost 646 500,00 2 dollars.

Now let us compare the obtained figure with the same for the battleship “Maine”, which had a displacement similar to the “Retvizan” and design and was being built at the shipyard of C. Crump simultaneously with the Russian battleship. 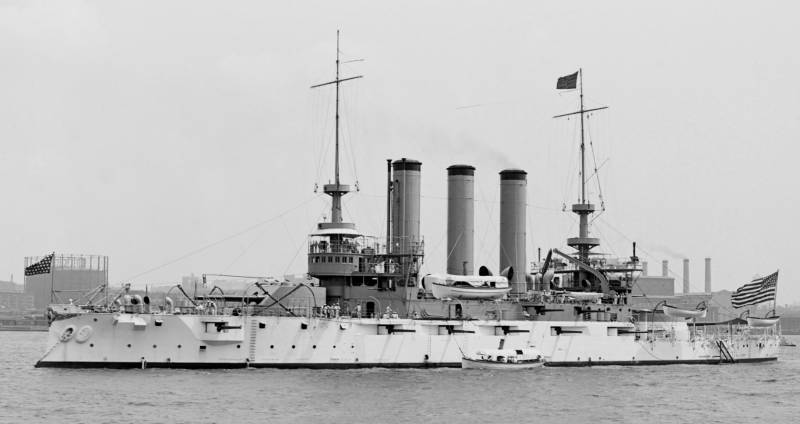 According to the contract, the cost of “Maine” without reservation and armament was 2 885 000,00 dollars, which is 173 500,00 dollars more than the cost of Retvizan without reservation and armament. The fact is all the more noteworthy because the voluntarily appointed 4 presidential act of March 1898, the price for building a series of three battleships of the type “Maine” was politically motivated and looked understated by American standards. Thus, the previously built armored cruiser "New York" without armor and weapons under the contract cost 2 985 000,00, which is one hundred thousand dollars more expensive than the cost of the battleship "Main". The Indiana and Massachusetts squadron battleships built by the same Charles Crump had a total value of six million dollars each. The third battleship of the “Oregon” type, built by Union Iron Works, cost even more, in 6 500 000,00 dollars.

The above figures give us reason to believe that Ch. Crump, trying to gain a foothold in the Russian market and push back competitors, went to price dumping. He offered a relatively low price for the battleship, obviously, coupled with the reputation of the company, which looked more advantageous against the background of “Gio. Ansaldo & C "and" Germania ", apparently, and persuaded the leadership of the Russian fleet to conclude a contract with Ch. Crump.