23 May 2016
15
Indian company Hindustan Aeronautics Limited (HAL) has requested about 4 years to build the remaining Su-48MKI X-fighters, from those 30-s that it must assemble under the Russian license, reports bmpd with reference to Defenseworld.net. 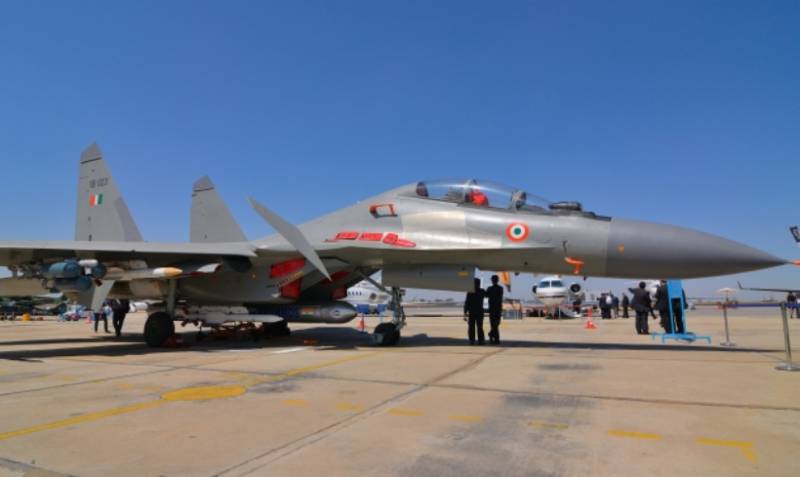 “By March 2016, the year HAL released the 174 fighter Su-30MKI. The entire production technology was absorbed by the company, and the current order is likely to be fulfilled in 2018-2019's, ”says HAL representative Suvarna Raju.

In April, the company announced that over the past year it has “produced 12 Su-30MKI, almost 100% consisting of Indian components, and taking into account the production rate, it is likely that the remaining 48 machines will be assembled before the 2020 year”.

According to Raju, "HAL produced 39000 components and 1015 aircraft units, as well as 5600 engine components." Also, "the company has mastered metalworking and casting, and today all the components of the airframe and engines, the technology of which should have been transferred, have already been mastered at 100%."

Ctrl Enter
Noticed oshЫbku Highlight text and press. Ctrl + Enter
We are
Half of the Su-30 Indian Air Force is chained to the ground - newspaperAs part of Vladimir Putin’s visit to India, a number of large MTC contracts are expected to be signed.
Military Reviewin Yandex News
Military Reviewin Google News
15 comments
Information
Dear reader, to leave comments on the publication, you must sign in.