First of all planes

24 May 2016
42
Russian airplanes have become the topic of the last days both among politicians in the West and in the press. While the US ambassador to NATO, Douglas Lute, criticized the actions of Russia, whose fighters love to get close to American ships and airplanes in the Baltic Sea, the European press described NATO’s dependence on ... Russian planes. Not from those that "approach" with American ships, but from military vehicles. 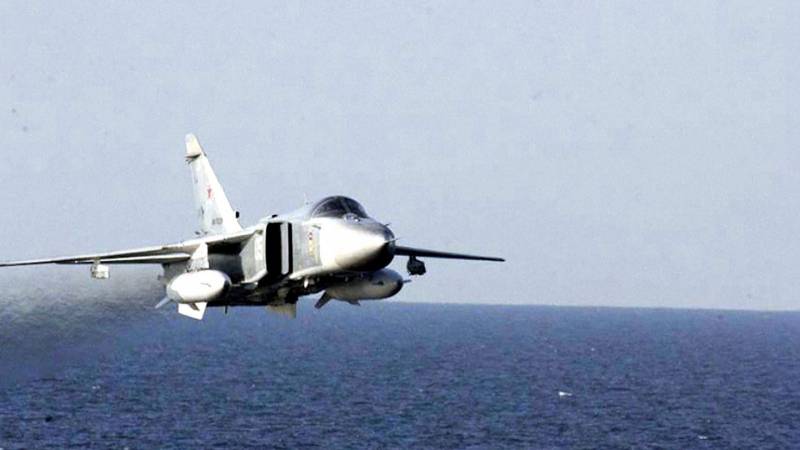 At a press conference held in Brussels, US Ambassador to NATO Douglas Lute criticized Russia's actions. It was about the convergence of Russian fighters with American aircraft in the Baltic Sea, writes Gazeta.ru.

“This is not a circus,” he said, “and this behavior is dangerous, irresponsible and fraught with not only incidents. It is also fraught with the risk of miscalculation due to such close interaction of our armed forces. ”

According to him, NATO and the United States will behave responsibly in the Baltic region.

“We will be the players in the airspace and the sea of ​​the Baltic Sea region who comply with international obligations and rules. And we invite Russia to do the same ", - quotes the ambassador "Delfi".

Earlier, we recall, US Secretary of Defense Ashton Carter called the actions of Russian pilots near US Air Force planes dangerous.

In mid-April, US Secretary of State John Kerry expressed his protest to the head of the Russian Foreign Ministry, Sergei Lavrov, after the incident with the passage of the Su-24 near the American destroyer.

In the meantime, other media have appeared in the Western media. news about Russian aircraft. As it turned out, NATO countries are dependent on ... Russian aircraft. No, not from those who like to get close to American ships and airplanes in the Baltic Sea, but from military transport.

Newspaper "Badische Zeitung" trying to imagine: what will happen if Russia becomes a real opponent of the West? The absurdity will immediately appear: the so-called defense alliance, that is, NATO, will not be able to do in the war with Russia "without the help of Moscow."

Satire from the Absurdistan? Well, no: reality!

Every time, reminds the German edition, when heavy loads of the Bundeswehr (helicopters, armored personnel carriers, etc.) are transported, the bundersver becomes dependent on large Russian aircraft of the Antonov brand.

This problem of dependence is characteristic not only for the Germans.

15 of European states and Canada more than ten years ago agreed with Russia on providing it with regular transport services, for which the Antonovs are used today.

The SALIS Agreement (Strategic Airlift Interim Solution, interim decision on strategic air transport) entered into force in the 2006 year. He really was supposed to be only a temporary solution, but it was regularly renewed, the newspaper said.

However, the latter was a completely ordinary matter, not causing nervous excitement. But for some time everything has changed. Now here is "full of nervousness." Why? Because "Russia after the annexation of the Crimea became an enemy for the West."

That is why NATO foreign ministers discussed in Brussels how to do this so that the alliance could actually protect itself “in the event of an attack.”

The SALIS contract is valid until the end of 2016. By the way, the company Ruslan Salis GmbH, with which NATO has an agreement, according to the statements of representatives of the German defense department, is “a highly reliable partner.”

However, it is noted that “political influence” cannot be excluded.

This problem is hardly easy to solve. If the SALIS contract is not renewed, it threatens the violation of army logistics. Where to find other features? After all, today, under a contract with Ruslan Salis GmbH, NATO has 18 from 24 Antonov aircraft operating in the world.

The “airplane” theme has become aggravated for a reason. The NATO summit is coming: it will be held on July 8-9 in Warsaw.

On May 22, NATO Secretary General Jens Stoltenberg said in an interview with Polskoy Radio that crucial decisions would be made at the summit.

"The NATO summit in July will be a turning point," he said. TASS. “NATO will make key decisions on how to adapt to the new security situation.”

The Secretary General said that “NATO’s presence in eastern Europe should be strengthened.” According to him, the United States, Great Britain and Germany have already announced that "they will be in the forefront of those who will strengthen these forces."

Details about the "strengthening" Stoltenberg not reported.

The European press, in particular, the French newspaper Le Monde, «» resembles the position of Washington.

The White House states that the issue of revising relations with Moscow is not worth it in principle. As for Paris and Berlin, they reject the return to the Cold War.

And what about NATO? And the North Atlantic Alliance is finding ways to circumvent the Russia-NATO Agreement: hence the project to "protect stability in the territories neighboring NATO." Well, and money: in February 2016 of the year, Washington announced a fourfold increase in defense expenditure in Eastern Europe.

Paris is in favor of holding at least one meeting of the Russia-NATO Council before the Warsaw Summit, the newspaper points out. France insists on a reversal of the policy of deterrence addressed to Russia, in the so-called southern side - to Syria and Libya, from which comes the real, not imaginary, threat.

As if he heard the voice of the French, NATO boss Stoltenberg suddenly announced that he would find an opportunity to convene a meeting of the Russia-NATO Council at the ambassadorial level before the Alliance’s July summit.

Stoltenberg reported points "BBC"that the foreign ministers of NATO member countries agreed on the need to meet with representatives of Russia. According to Stoltenberg himself, the Council can be a good tool for preventing military incidents.

The date of the meeting will be determined during consultations with Russia, the BBC notes.

Such statements, however, did not please the Russians.

The Minister of Foreign Affairs of the Russian Federation reprimanded Jens Stoltenberg for his words. Sergei Lavrov was outraged that, in violation of the norms of diplomatic communication, Stoltenberg announced that the alliance’s foreign ministers had decided to hold a meeting of the council before the summit in Warsaw.

“Why on earth did he say that? The Russia-NATO Council works on the basis of consensus. If they want to discuss it, let them discuss with us, and not climb to the microphone ", - quotes Lavrov "Lenta.ru".

Something to this was added by the Permanent Representative of the Russian Federation to NATO, Alexander Grushko, who noted that an alliance cannot exist without a geopolitical adversary.

“Today, it is safe to say that NATO is moving both politically and militarily towards deterring Russia and, apparently, the alliance cannot exist without a large geopolitical adversary,” leads RIA News" the words he uttered to Russian journalists in Brussels.

So, we add, the “airplane” theme, and the issues raised at the NATO meeting in Brussels, and the upcoming alliance summit in Poland, and the dubiousness of Stoltenberg’s unilateral ideas about the “sudden” convocation of the Russia-NATO Council meeting without official addresses to Moscow, speak of that in July, the alliance will consolidate the well-known strategy of containing Russia in the east of Europe. Thus, a new cold war will be finally “approved”, from which NATO leaders, as well as the American President Obama, have always constantly denied the former.

However, they will continue to distance themselves: after all, the NATO case is exclusively defensive. Do not be NATO, the Russians would have long cracked potato vodka in Warsaw and spoiled the slender Latvian girls. Something like this reason in Brussels.

Observed and commented on Oleg Chuvakin
- especially for topwar.ru
Ctrl Enter
Noticed oshЫbku Highlight text and press. Ctrl + Enter
We are
Results of the week. "Yes, it's just some kind of circus ..."Results of the week. "We did not study at universities .."
Military Reviewin Yandex News
Military Reviewin Google News
42 comments
Information
Dear reader, to leave comments on the publication, you must sign in.