24 May 2016
47
Last Friday, the European Union decided to “please” those Ukrainians who seriously believe that a visa-free regime with Europe will solve all the country's internal problems, with another shift in the consideration of this issue. In Brussels, it was announced that they, they say, would abolish visas for Ukrainian citizens, of course, but not today or tomorrow. And not even the day after tomorrow - they say, we have a lot of things to do, and we will think about Ukraine later - “in a few months”. 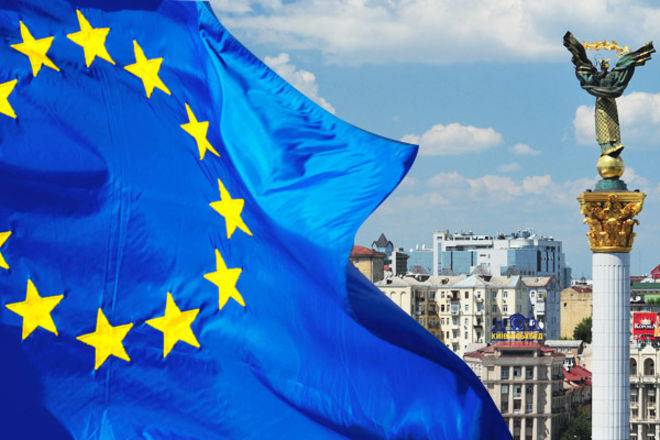 At the “Square” itself, such a decision of the European Union caused mixed feelings. Some immediately accused individual European officials of being “puppet to the Kremlin,” others shifted the “burden of responsibility” to the Ukrainian authorities, saying that Europe was trying to point out to Kiev the need to combat total corruption. In general, who and to whom indicates what - the question is open, but the fact remains that Brussels postponed consideration of the “case” of visa-free regime for Ukraine for an indefinite period.

It would seem that the topic for discussion is closed, but ... This is not the only decision of European officials on visas, which is worthy of discussion. The fact is that against the backdrop of the refusal to consider the possibility of introducing a visa-free regime with Ukraine, European politicians decided to find a formula that would at least somehow protect the EU’s borders from the influx of migrants. Indeed, in Europe they are well aware that as soon as one or another country, which has long dreamed of visa-free relations with EU states, it receives these intercourses on a platter, immediately a stream of immigrants, who are going to not only see European sights, but also settle in EU for a long time with an eye on securing from a consolidated Euro budget.

So what is the formula that inventive Eurobureaucracy brought out? The formula is called the "emergency brake mechanism". This is a real democratic apogee, at which the European Union reserves the right to refuse a visa-free regime from any of the countries in respect of which such a regime was introduced in due time. The European authorities are going to put pressure on such a brake if citizens of individual countries begin to apply for asylum in the EU on a mass scale.

The circle of states in respect of which the countries of the European Union are ready to put pressure on the “emergency brake” at any moment is also outlined. The most interesting thing is that countries from this list do not have a visa-free regime with the European Union, but Brussels is acting ahead of the schedule. As it is easy to guess, Ukraine is on the list of countries in respect of whose citizens Europe is ready to “urgently slow down”. In addition, the list includes such states and pseudo-states as Turkey, Georgia and Kosovo.

Regarding Turkey, the visa-free regime officially has to start working since this fall. And these agreements were reached, as is known, in the framework of attempts to bribe Erdogan so that he would close the border for new flows of refugees, and he who had already managed to leak into the EU deigned to accept back. Under these measures, Erdogan from the European economy has already unfastened 3 billion euros, but Recep wants more - at least three billion ... And plus - the visa-free regime promised by Brussels.

Europe agreed to the Erdogan conditions (and what else can it do with the policy that has recently been implemented by the main European bureaucrats). But now in the EU they have begun to scratch their turnips and think about this: won't it happen that together with the abolition of visas for the above states (and Kosovo), the European Union will experience a new wave of migration? According to European institutions for the study of migration, only Turkey and Ukraine can enter the EU more than 2-million people who are ready to seek asylum in Germany, the Netherlands and Belgium. Taking into account the fact that the EU is at a loss as to how to send more than 3 to the million refugees from Africa and the countries of the Middle East who have already entered the countries of the Union, the new migration influx is not exactly included in the Brussels plans.

And so - they decided a priori to impose restrictions. Like, if they use the visa-free regime as tourists who are ready to spend money on sightseeing of an old European woman, then for God's sake. But at the same time, in the camp of the EU authorities, not quite idiots are sitting, and therefore they understand what to expect from Turks, Georgians, Kosovars or Maidan perehozhnik that they need to refuse the visas only to inspect The Brandenburg Gate or the Pissing Boy is not to be. Understand that the crowd eager to get, if not work in the EU, then certainly unemployment benefits, can once again add to the headache of the European economy, and today really does not know what to do with asylum requests from hundreds of thousands (or even millions) of Syrians , Libyans, Afghans, Iraqis and other “modern Europeans”.

After making decisions about the “emergency brake”, the Dutch Minister for Migration Affairs Klaas Dijkhoff spoke with enthusiasm. He said he was happy to work out a mechanism that would allow abolishing the visa-free regime “in case of unforeseen circumstances in relations with individual countries”. I am very happy ... Joy Dyckhoff must have been added by the British Prime Minister, "waiting" for Turkey in the EU not earlier than 3000 of the year ...

Against this background, Brussels was reminded that the visa-free regime will apply to only those citizens who are “happy owners” of biometric passports (ID card with a chip). Holders of such passports in Ukraine (according to statistics) - about 4% of citizens, in Turkey and Kosovo - within the limits of statistical error.

At the same time in Europe they hardly understand that they themselves have become objects of blackmail. After all, if, in relation to, for example, Turkey, a visa-free regime is introduced, and then Brussels suddenly uses the “emergency brake” mechanism, then Mr. Erdogan can buck. If Kiev kisses, then they will quickly undermine it, for example, by failing to issue loans. But with Turkey everything will be much more complicated: it is unlikely that the Eurocrats will have enough strength and will to throw Erdogan, who has decided to openly blackmail the EU, given the fact that Turkey has already firmly seized Brussels for a soft spot.

Ctrl Enter
Noticed oshЫbku Highlight text and press. Ctrl + Enter
We are
"Refugees" in a hurry to go home? New turn of a migratory situation in EuropeArmored vehicles of Yugoslavia. Part of 6. Wars in the ruins. Bosnia and Herzegovina. Kosovo. Macedonia
Military Reviewin Yandex News
Military Reviewin Google News
47 comments
Information
Dear reader, to leave comments on the publication, you must sign in.