Poroshenko: "We protect Europe from barbarism and tyranny"

22 May 2016
108
Europe is the national idea of ​​Ukraine and Kiev currently stands on the defense of European civilization against barbarism and aggression, reports TASS statement of Petro Poroshenko, made in Kiev on the occasion of Europe Day. 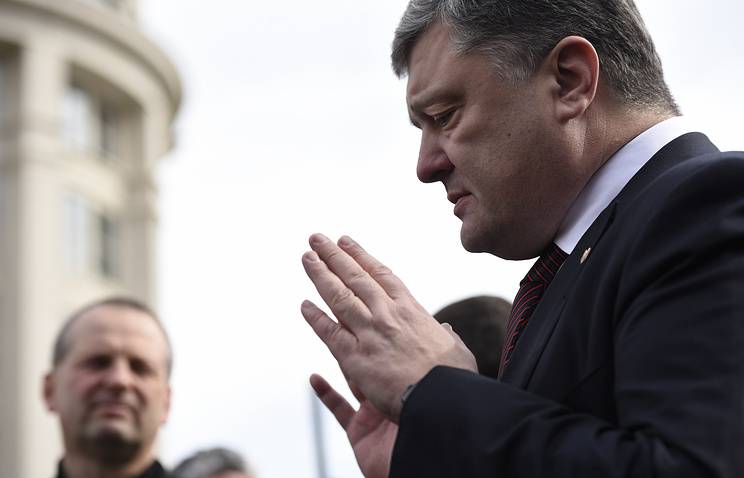 “Europe is a national idea and the future of Ukraine. We protect Europe from barbarism, tyranny, aggression, militarism, we are at the forefront of the protection of European civilization ",
Poroshenko said on Saturday.

“I am sure that one day the best Ukrainian citizens will take places in the European Parliament, the European Commission, and European institutions, when Ukraine takes a worthy place among the EU member states,” he added.

On the same day, Poroshenko talked by phone with Francois Hollande and Angela Merkel.

"The interlocutors stated that, despite the agreements reached on a cease-fire on the eve of Easter, the security situation in the Donbass region remains difficult," the release on the Ukrainian administration website says.

“The President of Ukraine in this context also noted the importance of deploying an armed police mission in the Donbas. The head of state turned to Germany as the country chairing the OSCE with a request to speed up the development of relevant proposals, ”the press service said.

It is noted that "during the conversation, positions were also coordinated to extend sanctions against Russia on the eve of the G7 summit in Japan."

In addition, the Ukrainian leader "urged France and Germany to speed up the internal European procedures for granting Ukraine a visa-free regime."