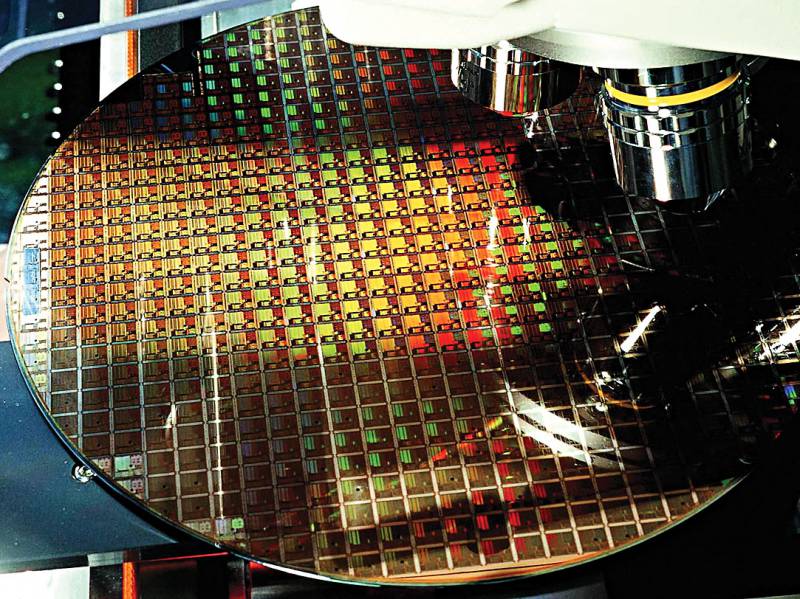 The first thing that was talked about in the space industry in the wake of import substitution programs was to create our own element base for spacecraft. As is known, the “black hole” that has been formed in this direction for two decades has been compensated not by the resumption of domestic developments, but by planned purchases abroad.

Two years ago, the situation seemed to be changing for the better, at least in the periodic statements of the Roscosmos leadership and presentations at scientific conferences where the problem was finally discussed from a practical point of view. But what is really hiding behind products with the signature “Made in Russia”? In fact, the resources for the creation of the element base are still being bought abroad, and the production in individual core companies is completely outside the country. In addition, in matters of import substitution, the most important issue of creating software for the operation of electrical radio products hardly sounds the most. In the meantime, foreign compilers are still being used in its development, the absence of which “unintended” functions is almost impossible to verify.

Real import substitution will be possible only when solving three important problems of “dependence” of the space industry.

The first problem lies in the absence in Russia of its own design programs (otherwise compilers), on the basis of which the development of software for integrated circuits (various processors, RAM, storage devices, etc.) is underway.

At one time, this issue was dealt with at IPM. Mv Keldysh - an institute that completely took upon itself the development of such software. In the 1990-ies, scientific work in this area was reduced to nothing, and Russia was forced to purchase foreign products. So, at the moment all programs for spacecraft are written on American software.

This raises the first question: how much can this software be trusted? After all, to declare that this design program after the compilation process (assembly) does not “stitch” any parasitic software, parasitic functions into the processor, no one will undertake with the 100% probability. We do not know how it will work, we can not look inside, they are all closed. Such concerns are often expressed at scientific conferences of the industry, so that they cannot be attributed to ephemeral "spy fantasies" - the suspicions are quite reasonable, but difficult to prove.

So what can a manufacturer do with a compiler? For example, lay in an element ad hoc functions, "sew" third-party software. The constructor program can additionally “flash” almost anything, depending on the purpose of the processor.

Worse yet, the compiler development theme is still not given to any firm. So here we can say that everything in the industry is still the same: Russia only does hardware, and there will be others to build management software.

That is, we can have our own excellent ERIs (electrical radio products, or, in the new terminology, ECB - electronic component base) for space and military tasks, our own algorithm, which we do and implement through these programs, but compiler programs, with which software will be created, no.

The second, more discussed, but no less painful topic is the resources for the element base. A true “crutch” of import substitution here is a solid part of the components. Those where, for example, silicon is used (and it is used quite often due to good resistance to radiation) and other important components.

There are no high-quality silicon wafers for processors on the basis of which ERIs are made in Russia - there are no corresponding technologies. As a rule, plates are purchased abroad. It would seem that nothing terrible, but the danger in such purchases is still there. These plates are grown, and then cut by the manufacturer, and then realized. The highest quality part of the plate is the middle. For example, it can be left after cutting and given to some more priority buyer, and the fact that at the edges and where the quality is worse can be sent to Russia. Accordingly, another question arises: can some part be considered as import-substituted when the bulk of this silicon is not made with us?

Russian "shell" on the half-myth on CMOS technology

The third direction, in the implementation of import substitution programs in which it is necessary to pay the closest attention, is photodetectors. Here the situation is formally better - in the country appeared the relevant production, working on the space industry. For example, the company "Unic-Isis." However, those who would deal with the CMOS-technology problem in photo-receiving matrices (used for star and solar sensors, Earth sensors, etc.), and the latter are extremely scarce in Russia, are not there.

In addition, a very interesting scheme of existing production. The company mentioned above, and the best in this direction, consists of only a few offices in Zelenograd. They develop a topology, that is, in fact, they are engaged in the creation of design documentation for the manufacture of a matrix. However, the manufacturing plants themselves are located on the territory of other states. It turns out that after creating the documentation, it is given to the manufacturer abroad, and already there the part is produced in the right volumes, returning to Russia only for the body, where it receives the inscription “Made in Russia”. But how can this be called import substitution? After all, these are important jobs, these are technologies. In addition, the product comes almost ready and, therefore, check it from the inside is almost impossible.

There are quite a few such firms with external production, and there is a partial explanation for this. Until recently, the Ministry of Industry and Trade did not particularly strive to communicate with the space industry, since orders for it are considered unprofitable. The situation began to change only a couple of years ago. The fact is that large firms for the creation of ERI are accustomed to the release of large batches - at least 10 and even 100 thousands of elements. But for one unit of a spacecraft, for example, the entire 2-3-4 processor is needed maximum. Given that on the device 2-3 units are on average made, we get the maximum in 12. Of course, this does not correlate in any way with the benefit of thousands of elements and unprofitable for firms that do not really want to help the industry.

A ray of light with a fly in the ointment

From the positive results of the implementation of the replacement program in the industry, it should be noted the emergence of a large number of OCD (experimental design) for which one or another necessary element base is developed. But even here it is not without “pitfalls”: we have not done this for many years.

The new base, which will appear in the near future, will “fly” already in 2017 – 2018, and here we must also see how high-quality it will be. This issue seriously worries the space community. There are fears that it simply will not be able to function in those conditions. Yes, there are failures and unstable work in any ERI devices: Russian, American and European. The bottom line is that the United States and the European Union had time for mistakes and improvements, but do we have it?

So is there a boy?

What is the essence of these three areas of hidden “non-substitution” of imports? The fact that the products that are now being issued for the achievement of import substitution, in fact, that is, on 70 – 80%, is not, given that the “heart” is produced abroad and from foreign components. So, the processors are supposedly Russian-made, but the production itself, like the purchase of components, goes abroad. The position is comfortable, but potentially dangerous for the industry.

As for companies that are currently engaged in development, of course, they are doing a useful job, actually “closing” our backlog, for example, using CMOS technologies in photodetector matrices. But at the manufacturing plants there are no workers from Russia, and residents, for example, Taiwan, are engaged in production. That is, in fact, here we just draw pictures, and even with the prospect of missing the technology.

So far, the import substitution in the space industry is more like a lame mare about three legs and a crutch. If the indicated problems do not pass even into the stage of active practical discussions, the domestic space will remain sensitively dependent on foreign developments.