Crusader army of the north of Europe

Sins now I will wash away repentance.
I am ready to serve God with all my soul.

As far back as the Bronze Age, the Baltic Sea did not so much divide the people who lived on its shores, as it did. It was not difficult to swim on it, since it is small in size and, in addition, closed. During the Iron Age, and then in the early Middle Ages, it was possible to say that trade simply flourished here. This means that the inhabitants of the coast had much more information about each other than about the eastern coast of the Mediterranean Sea and the so-called “Lower Lands” in Palestine. Of course, the sailors who plowed the waters of the Mediterranean Sea knew more than others, but for most of the crusaders who were striving for the Holy Land, it was a real terra incognita.

The very geographical position of the Scandinavian states was such that it predetermined the direction of their expansion from north to south. Denmark sought to spread its influence over the eastern lands, that is, the coast of Northern Germany (where the Slavs lived then), as well as Poland, and to the west - not without reason the area of ​​Denlo appeared in England (the area of ​​"Danish law"). The Swedes, for natural reasons, looked at a tidbit in the direction of neighboring Finland, while its trade was focused on a strong Novgorod principality. Thus, the knights of these countries, except perhaps for the Danes, found it quite difficult to get to Palestine both by land and even by sea, since it would take a very long time to sail there. After all, if the ships of the Crusaders arrived in Palestine in 10 weeks from Pisa, then ... one can imagine how long such a voyage would have lasted if they had left from Sweden or Norway. By the way, the German crusaders therefore usually chose the path by land, because it would be quite difficult for them to get to Palestine by ships from the Baltic coast, and would require a huge fleetwhich they did not have. 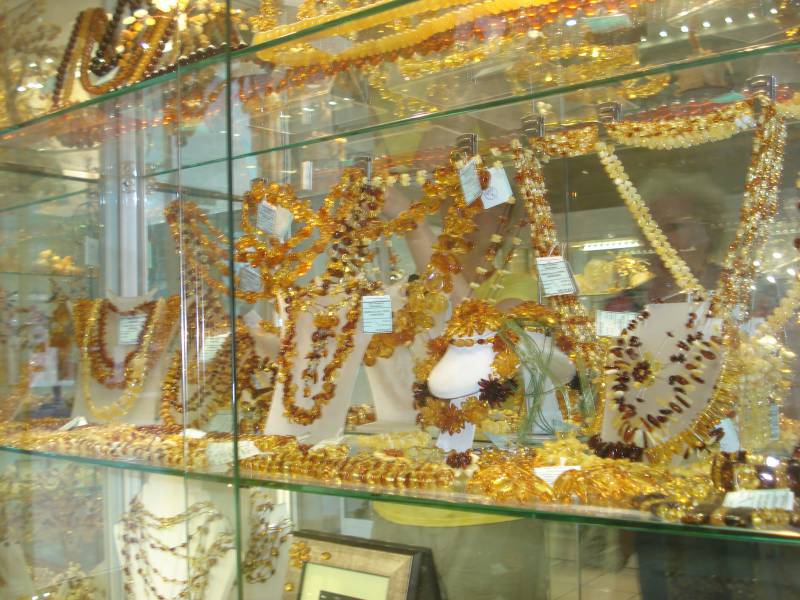 The main wealth of the Baltics is “sun stone” - amber.

But still, they wanted to atone for their sins and also take part in expeditions to the East. And it should be noted that the idea of ​​a “northern crusade” to the East received its concrete embodiment in business as early as 1103. Then the king of Denmark, Eric I went on a pilgrimage to Palestine and, by the way, was the first European sovereign who visited the Holy Land, even though he died returning back. Four years later, Earl Sigurd Jorsalafar, and one of the rulers of Norway, after passing the Strait of Gibraltar, arrived in Palestine and brought with him a small fleet and northern knights to help the crusaders. However, this can be considered, rather, an armed pilgrimage, since the expedition of Sigurd because of its small number cannot be called a separate campaign. However, in the Baltics there were also their campaigns with a religious background, which were also called “crusaded” and which had a very interesting history and chronology: 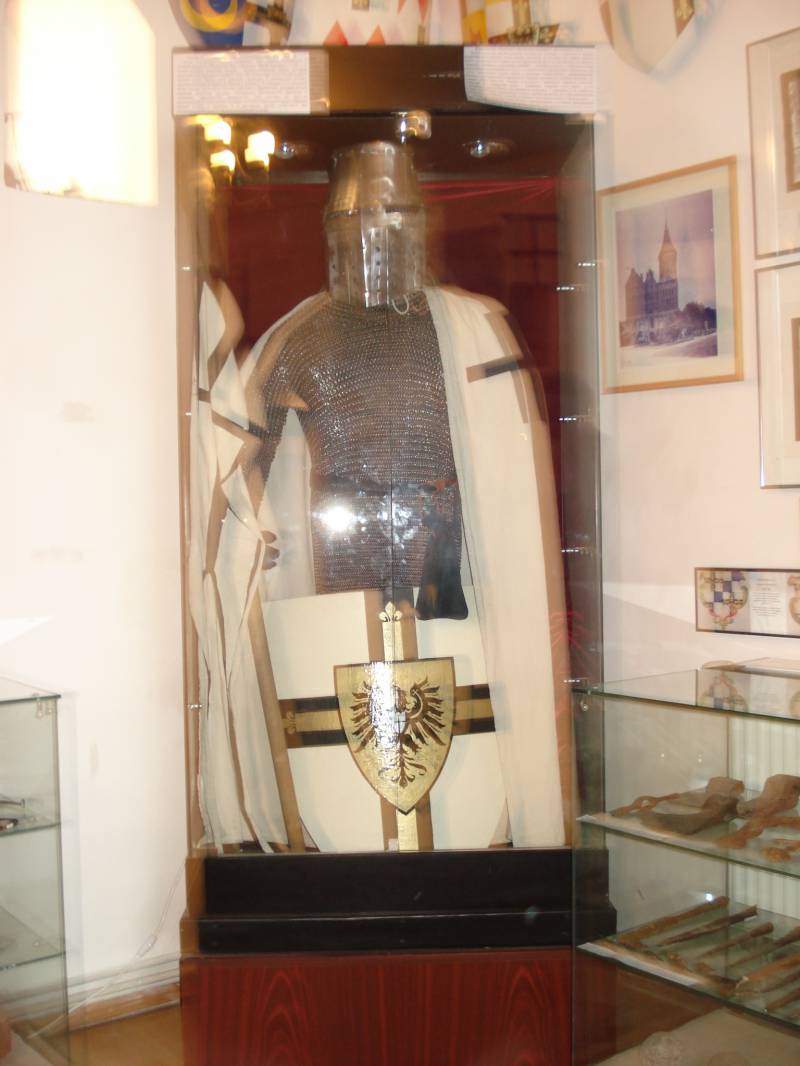 Knight of the Teutonic Order in the museum of the cathedral in Kaliningrad.

As you can see, it was not without its spiritual and knightly orders, among which the Teutonic Order played the main role. However, he was not the first in the Baltic lands, because he was founded in Palestine. Before him in the Baltics there was an Order of the Sword, his nominal name received from the image of a red sword and a Maltese cross on a raincoat. 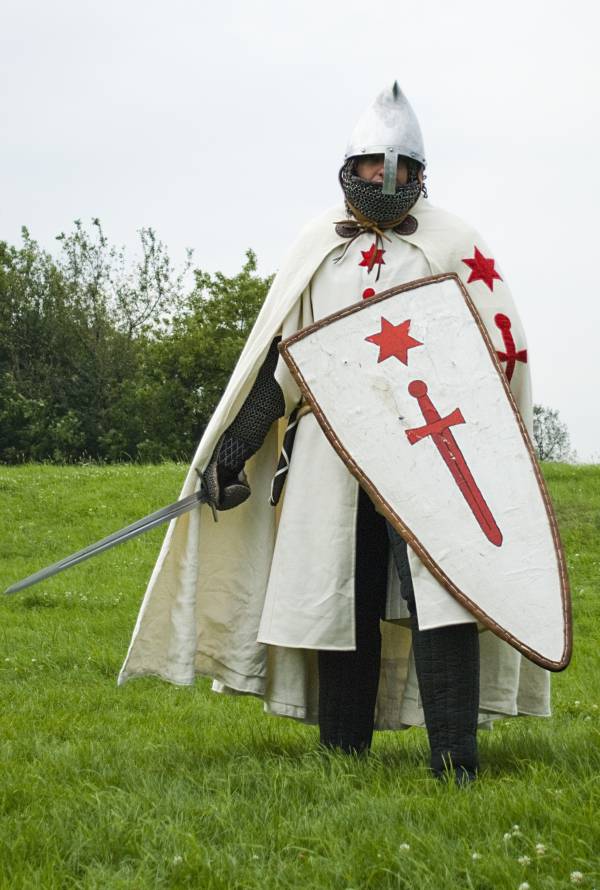 Knight of the Order “Brothers of Soldiers of Christ of Livonia against the Prussians” (Order of the Knights Service of Christ in Prussia - there are different versions of the names V.Sh.) or “Dobzhinsky brothers” (in Polish “Dobzhinsky brothers”). The Order was founded on the initiative of Konrad, Prince of Mazovia, and the Bishops of Prussia, Kuyaviya and Plock in 1222 or 1228 to protect their lands from Prussians' raids, and ... as a political counterweight to the Teutonic Order.

As for the Teutonic Order, it originates from the hospital for German pilgrims - "The House of St. Mary of Teutonic" in Jerusalem, and as a spiritual and knightly order appeared in 1198 year. And at the very beginning he united only 40 people and had the same order of the Order that the Templars had. The robe of the knights of the order was a white surcoat and a cloak with a simple black cross.

Otto de Grandisan, died 1328 Switzerland, Lozansky Cathedral. The armor is typical of the knights of that era: lowered chainmail gauntlets with a slit on the palm, surko above the chainmail hauberka, shield with the coat of arms, in which there are the shells of St. Jacob Kompostelsky. That is, his ancestors were also crusaders, although they fought with the Moors in Spain.

In 1206, the pope granted the Teutons unlimited right to conquer the Baltic states and convert the local population to the Catholic faith, and in 1211, the Hungarian king, Andrei II, handed over the awarded lands to Semigradje. However, he failed to settle there and it was then that, seeing their plight, the knights of the order were approached by the Polish prince Konrad Mazowiecki, who invited them to help him in the struggle against the tribe of pagans-Prussians.

In 1231, the Pope blessed the first crusade to Prussia. Participation in this charitable action, just as during the march to the East, gave its participants a guarantee of spiritual salvation, moreover, notable warriors hoped for the seizure of vast lands. That's why about 2000 people took part in it, which was quite a bit for this region of Europe. Over time, the Prussians were almost destroyed, and the knight brothers erected castles and fortresses on their territories in order to secure forever their power over this land.

Rudolf von Sachsenhausen, mind. 1370 Germany, Frankfurt am Main. Before us is a secular knight and a big dandy. The tophelm helmet is gold plated, beneath it for permanent wearing of a bacinette with a visor, gold-plated plate gloves, the same knee pads, rich, most likely brocade surcoats. The greaves, however, are clearly leather. Here the knight decided to save a little. On the shield is his coat of arms, part of the details of which is repeated on his helmet decoration.

The success of the campaign against the peoples of the Baltic states was made possible thanks to good organization, but also to the principles followed by the Teutons. All the brothers gave a vow of obedience, which should be strictly enforced. They should have talked in a low voice, could not have any secrets from each other, as well as from the authorities, lived together and even slept on hard boxes half-dressed and with swords in their hands. The basis of the army of the Order was the knights in white cloaks, testifying to their noble origin and military merit. The so-called “gray brothers” should be rendered to brothers-knights of various kinds of services, and half-brothers — that is, civilians, often from among the local colonists — were used in economic work. However, it is known that, despite the strict charter, its rules were often violated. It happened that in the castles and chickens, and gambling, and in their cellars kept wine, mead and beer. In total, the Knights built more than 100 of such castles, which allowed them to control vast areas of the Baltic lands and get fabulous profits from the trade in amber. Historians associate the decline of the Order with the Great War and the Battle of Grunwald 1410 of the year. Then the joint efforts of the Poles, Lithuanians and Russians caused him an extremely painful defeat. True, the Germans uttered a condition - not to restore the destroyed castles and fortresses in order to prevent the Poles from gaining ground on their land. However, 47 years later, even Marienburg - the capital of the order - was captured by the Poles, after which the order did not rise. His last master was the German Duke Albrecht of Brandenburg. Being a skilled politician and an experienced diplomat, he took up the task of transforming a religious state into a secular state and he succeeded! With his death, the knightly times for Prussia were gone forever, although the order itself still exists! All in all, from 1100 to 1300 year in Europe appeared as many as twelve spiritual and knightly orders. However, all the rest of them could not compete in their popularity with the Templars, Joannits and the Teutonic Order.

Eberhardt von Rosenberg, mind. 1387 Germany, Boksberg Evangelical Church. Another knight in typical Germanic armament and a splinter (brethash) of chain mail, which was hooked on a bascinet. The lining on it is not shown and ... well, did the rings of chain mail rub his nose?

In the late XIV - early XV centuries. army of the Order was considered the strongest in Europe. The fact is that the Order of the Templars by this time rested in the Bose, and all other orders did not have such an economic base. After all, the order received simply fabulous profits from the trade in amber! Even the army of hospitallers in the XIV century. there were only hundreds of people. And although the Mediterranean knight monks for decades skillfully restrained the onslaught of the Muslims, they didn’t have the forces to go to any noticeable retaliatory actions. 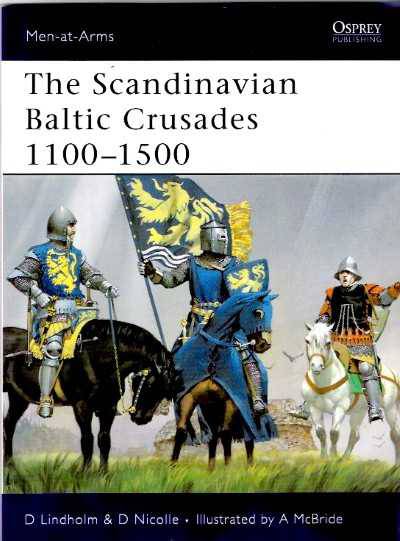 An interesting book about the northern crusaders was written by D. Nicole in collaboration with D. Lindholm.

The Teutons had a different situation. In the 13th and early 14th centuries, they conquered the Baltic lands and created a state there that allowed them to accumulate huge financial resources. Therefore, it is not surprising that already in the XIV century he was able to deploy a powerful army. No wonder during the so-called Great War 1409 –1411. it was completed in different ways: firstly, it included brothers-knights and half brothers; secondly, the militia of secular vassals subordinate to him; then - detachments that collected Prussian bishops and cities, then mercenaries who fought for salaries; and, finally, the “guests” - foreign crusaders, as well as troops belonging to the allies of the Order. Nevertheless, the Teutonic Order still lost.

Georg von Bach, died. 1415 Germany, Steinbach, Church of Sts. Jacob The image on the coat of arms is again repeated on the “big helmet”. Noteworthy is the chain mail of barmitsa. At that time it was already an outdated solution, but, as you can see, it was also used by German knights. 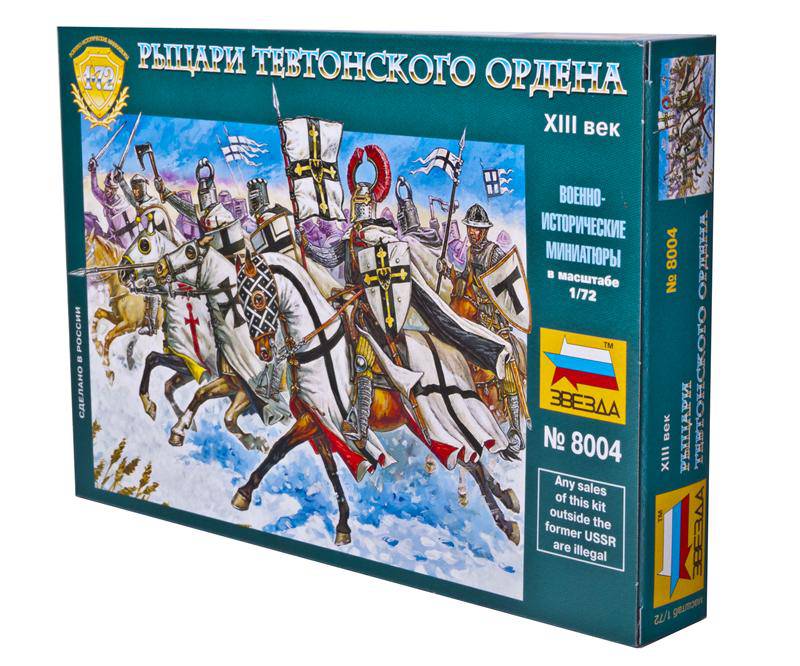 However, although this happened, the story of the northern crusaders would best end with a poem by the troubadour Thibault Champagne, which was called “The Song of the Crusade” and, perhaps, best conveys the psychology of the majority of the then knights of the crusaders.

Be merciful, Lord, to my destiny.
For your enemies, I rati move.
Look: I will raise my sword in holy struggle.
All the joy I leave for You, -
I will listen to your draft for the trumpet.
Strengthen the power, Christ, in his slave.
The reliable one serves the lord
Who serves by faith, the truth of Thee.
I leave the ladies. But, holding the sword,
I am proud to serve the holy temple
That faith in God is strong in the soul,
Flying in prayer following incense.
Expensive faith of gold: no rust
Nor eats her fire: who, dear
Only it, goes to battle, will not take shame
And will meet death, exulting, not trembling.
Lady! Cover surrounding
Give help! I go to battle, serving you.
For losing a lady on earth
Heavenly help mistress.