Day of the military translator

21 May 2016
39
Every year, May 21 in Russia celebrates the Day of the military translator. In our country, this holiday appeared relatively recently. The first time it was celebrated on 21 May 2000. The initiators of the introduction of this holiday were graduates of VIIA - Military Institute of Foreign Languages. This date was not chosen by chance. Even 21 May 1929, the deputy head of the People’s Commissar for Military and Maritime Affairs, Joseph Unshlicht, signed an order “On establishing the rank for the commanding staff of the Red Army“ military translator ”. This order finally legalized the profession that existed in the Russian army for several centuries.


The importance and relevance of the profession of a military translator at any time and in any army in the world is beyond doubt. There is nothing surprising in this, if we take into account the obvious fact - most of the wars on our planet were fought between peoples who spoke different languages. The main task of ordinary translators was to unite people and nations, but military translators always had their own specific specifics. The first institution, which was in charge of international relations and had translators in its staff, appeared in Russia in the 16th century. Then this institution was called the Ambassadorial Order (founded in 1549 year), he was engaged in military and diplomatic translation. His staff, consisting of interpreters 17 and 22 translators, worked with English, Armenian, Greek, Dutch, Italian, Latin, Mongolian, Persian, Tatar, Swedish and other languages. For Russia, which was at a crossroads between Europe and Asia, the profession of a translator has always had a special meaning.

Until a certain point in time, this practice was the same, with no significant differences. The changes were associated with the expansion of the borders of the Russian Empire. The access to the Baltic and Black Seas, to the territory of Central Asia and the Far East, led to the fact that in 1885, special courses were opened at the Department of Eastern Languages ​​of the Asian department of the Russian Foreign Ministry for the service of translators specifically for military service. These officer courses very quickly gained popularity. The competition among Russian officers who wanted to enroll in them exceeded 10 people by one place. Russian officers trained in courses served in the countries of Asia, the Caucasus, as well as in the newly annexed territories of the Asian military districts, where they were bailiffs, officers of the border guards, and heads of counties. 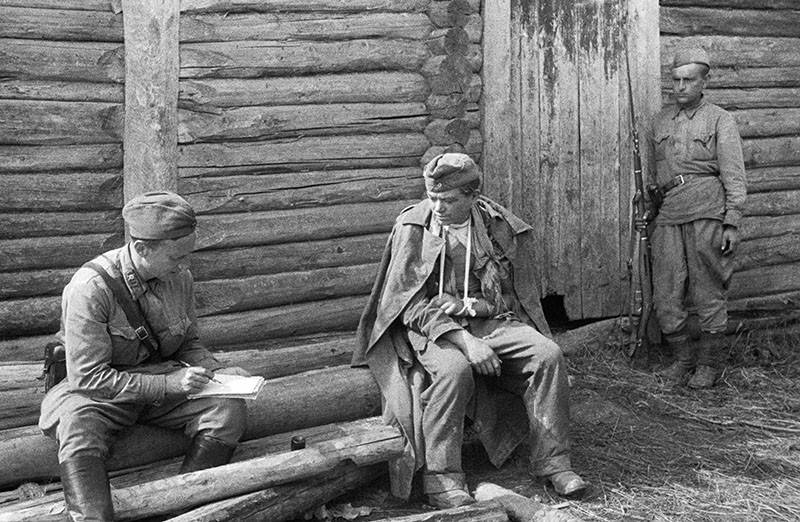 Another memorable milestone that contributed to the formation of a full-fledged personnel reserve of military interpreters for the Russian army in 1899 was the opening of the Eastern Institute in Vladivostok. In this educational institution, in addition to the obligatory French and English languages, the program for training Orientalist students involved the study of Korean, Japanese and Chinese. Languages ​​were chosen in accordance with the country specialization chosen by the student. Foreign language courses, which were opened directly at the headquarters of military districts, also made a significant contribution to the language training of officers in the interests of the army.

Military translators have always been actively involved in collecting various information about the situation in the countries of near and far abroad, were used as consuls and military agents, carried out intelligence activities. Practically all of the top officers of the Russian army in the 19th and early 20th centuries were fluent in foreign languages, so could independently conduct interrogations of prisoners of war. For example, this was the case during the First World War.

During the Spanish Civil War, along with Soviet instructors and volunteers, more than 200 military translators took part in it. At the same time, not only the military were among them, the translators were then actively recruiting citizens living in Spanish-speaking countries of the world, for many of them Spanish was always the native language. The lack of professionals among military translators was acutely felt even before the start of the Second World War. Yes, many personnel officers of the Red Army could carry out the initial interrogation of a prisoner, but their knowledge of the language was often limited to a small set of highly specialized terms or language skills at the school level.

In connection with the beginning of the Great Patriotic War, when training military interpreters, a large number of foreigners were involved in the teaching process, who taught students all the subtleties of dialects, as well as military terminology. During the war years, the work of military translators was fraught with considerable risk. But most often translators worked in the rear, in relative safety, they were in the headquarters of the formations, where they worked with military documents and participated in the interrogation of prisoners. At the same time, they often had to take part in reconnaissance searches, since when a “language” was captured, it was necessary to interrogate him immediately on the spot in order to obtain primary information and verify his value. Often it was necessary, since it was simply impossible to bring the prisoner to the location of the Soviet troops. In total, during the Second World War, tasks of varying degrees of complexity were performed by more than 5 thousands of military interpreters, many of whom died in battles with the Nazis. 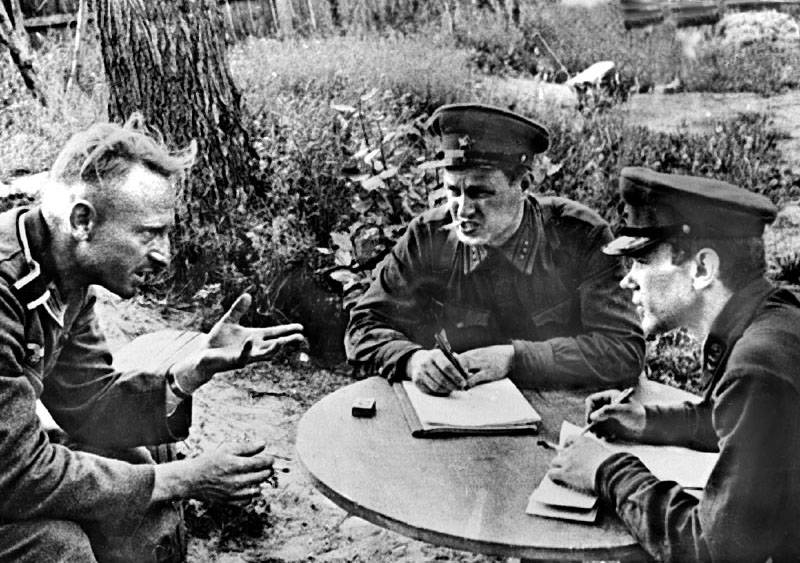 It is worth noting that during the search of captured enemy soldiers, as well as those killed on the battlefields, their correspondence was often found. She was a very important source of information from which a lot of intelligence information could be gathered. Home German soldiers liked to send informative letters, which described everything that happens around them. They also indicated their psychological state - when they were confident of the upcoming victory, and when, on the contrary, they were close to a state of panic.

When working at the front and in the German rear, the military translators had a very important task - to psychologically crush their enemy. Often, military translators were attracted to influence the enemy soldiers on the front line with the help of a loudspeaker. With the participation of translators in the interrogation of Nazi prisoners, psychology also played a very important role - it was necessary to crush enemy soldiers and officers morally in order to “unleash their tongues” or call for a frank conversation, finding their own special approach to prisoners of war.

Military translators took part in the identification at the very end of the war of the corpses of the Nazi leaders - Hitler and Goebbels. In the bunker of the imperial office in Berlin, Soviet soldiers found a letter that was signed by Borman and Goebbels. This letter stated that Hitler committed suicide. According to the habit established in the Nazi environment, the cause of which was called the Fuhrer's poor eyesight, the letter was written in a rather large font. Soviet military translators had a chance to communicate with Hitler's assistants, the maintenance and medical personnel of the bunker, as a result of which they managed to collect a sufficient amount of eyewitness accounts that helped to identify the remains of Hitler and his closest assistant. 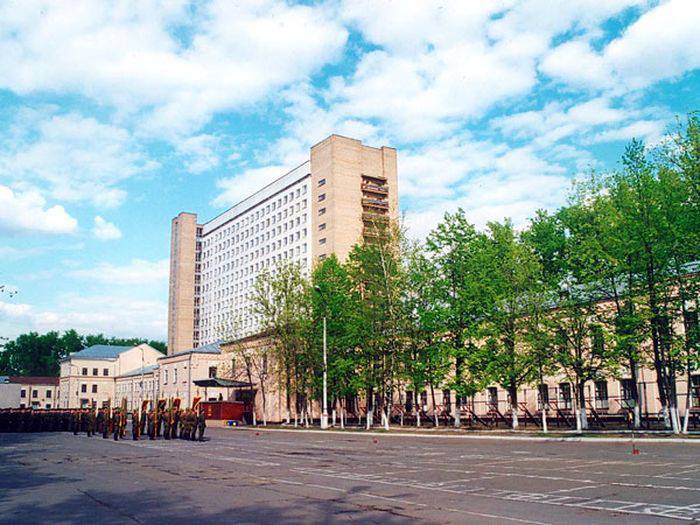 Military University of the Ministry of Defense of the Russian Federation

After the end of World War II, there was still a huge field of work for military translators. There have always been, are and will be the so-called hot spots on the planet, new military conflicts of varying degrees of intensity are constantly breaking out. All of them require in one way or another the involvement of military translators. Military translators worked in Korea, Vietnam and Afghanistan, that is, everywhere where their services and good knowledge of foreign languages ​​were in demand.

Nowadays, a military translator is still a sought-after and difficult to learn profession. In addition to fluency in various foreign languages, specialists in this profession should be able to translate instructions for military equipment, various documents, and thoroughly understand military terminology. During hostilities, they can be involved in intelligence work, participate in interrogations of prisoners of military personnel, be included in groups that make raids to the rear of the enemy.

Today, in order to receive the specialty of a military translator, applicants must enter the Military University of the Ministry of Defense of the Russian Federation. VIIA, the Military Institute of Foreign Languages, which is now organizationally part of the structure of this university, is directly involved in the training of military translators.

Ctrl Enter
Noticed oshЫbku Highlight text and press. Ctrl + Enter
We are
May 21 in Russia celebrates the day of the military translator21 May - Day of the Military Translator
Military Reviewin Yandex News
Military Reviewin Google News
39 comments
Information
Dear reader, to leave comments on the publication, you must sign in.