From the message press service VRU (quote "112 Ukraine"):
Committee members (on defense) stated that as a result of the long-term anti-state position of the leadership of the Ministry of Defense of Ukraine and other high-ranking officials, the anti-aircraft defense system was actually destroyed, armored vehicles, helicopters, ammunition and rocket-artillery weapons were sold, which did not allow the armed forces of Ukraine to give the necessary repulse aggressor.

It is reported that the initiative to create the next commission has already been sent to Groisman with a simultaneous proposal to finance the activities of this commission from the “reserve fund of the state budget”. The funds will reportedly be used to pay for “professionals who will collect facts about the undermining of the combat capability of the Armed Forces of Ukraine”. About how much money will have to spend on it in order to establish the amount of stolen funds, not reported ...

In addition, representatives of the Verkhovna Rada Committee appealed to the Prosecutor General Yuriy Lutsenko with a proposal to hold a meeting on the return of finances, "alienated from the budget of the main defense department." 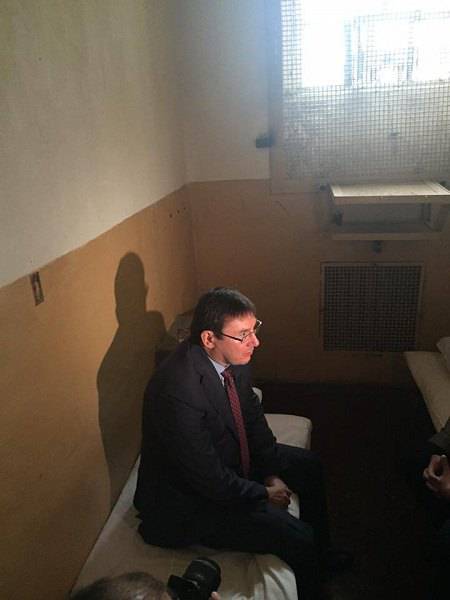 So far, there is no information about how Lutsenko reacted to such a proposal, but it is known that the Prosecutor General of Ukraine decided to visit the prison cell (Lukyanovskiy SIZO), where he had once awaited the decision of his fate.

Ctrl Enter
Noticed oshЫbku Highlight text and press. Ctrl + Enter
We are
The action “Military service under the contract is your choice!” In Rostov-on-Don: future contract servicemen, exhibitions and “Russian Knights”
Military Reviewin Yandex News
Military Reviewin Google News
72 comments
Information
Dear reader, to leave comments on the publication, you must sign in.