Against absurdity, against sanctions

23 May 2016
41
Recently, the Italian region of Veneto officially recognized the right of Crimea to self-determination. Moreover, the regional council adopted a resolution that calls for the creation of a special committee and for the abolition of anti-Russian sanctions. “The time has come to say“ enough ”to absurd, unjust and ineffective sanctions,” said Stefano Valdegamberi, author of the resolution. 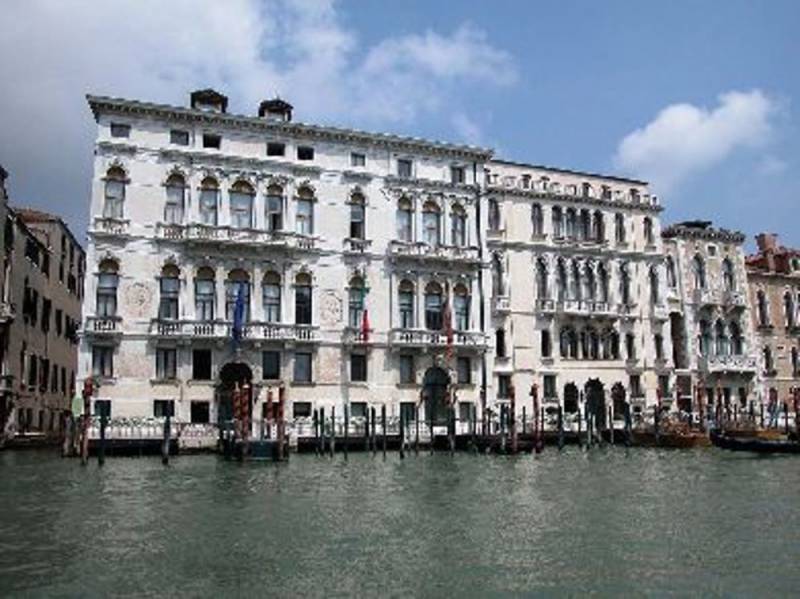 The precedent, albeit small, albeit regional level, is obvious. It may be followed by other “objections” to the sanctions policy towards Russia, imposed on the EU by the overseas Uncle Sam, whose task is clear: to divide and rule.

The Council of the Italian region of Veneto, whose capital is Venice, 18 May adopted a resolution calling for recognition of the right of the Crimean peninsula to self-determination and the creation of a committee advocating the abolition of sanctions against Russia. The document was supported by 27 members of parliament. 9 people voted against, 1 abstained, three people were not at the meeting. The discussion was held with the participation of all political forces in the region.

The decree states that the Veneto region will contribute to the creation of the Committee against Sanctions and the recognition of the right to self-determination of Crimea. In addition, the committee will advocate for the protection of local companies that previously actively traded with Russia.

During the discussion, it was noted that the EU sanctions policy caused “irreparable damage” to the region's economy. The resolution also called on the Italian government to “condemn the European Union’s international policy towards the Crimea”, describing it as “discriminatory and unfair from the point of view of the principles of international law”. In Veneto, they demand recognition of the will of the people of Crimea, expressed through a referendum. Further, the resolution calls for the “immediate lifting” of sanctions imposed on Russia, which cause serious damage to the Veneto economy.

"From the introduction of bans on trade with Russia, such areas as Lombardy, Emilia-Romagna and Veneto, suffered the greatest losses, since more than 72% from the decline in exports to Russia fell on these three regions," the full text of the document says.

One of the authors of the resolution, MP Stefano Valdegamberi, said that "numerous business circles" asked him to raise the question. In addition, the deputy visited the Crimea.

“I myself visited Crimea and clearly saw the desire of the people of Crimea to self-determination,” he noted. “And he has the right to this, especially given the fact that earlier their parliament voted overwhelmingly for the independence of the Republic of Crimea, and the people at the referendum confirmed this decision.”

“The time has come to say“ enough ”to absurd, unfair and ineffective sanctions, to which Moscow responded to the embargo, causing enormous damage to the economy of the Veneto region,” Italian newspaper “Corriere della Sera” Stefano Valdegamberi quotes. As for the question of recognition of the right to self-determination of the Crimea, he called it “paradoxical”. “For the first time, Europe denies the right to self-determination of a region whose история and culture has always been associated with Russia ", - Valdegamberi quotes "InoTV".

It is also reported that the Consul General of Ukraine in Milan, Andrei Kartysh, met in Venice with the chairman of the Veneto Region Council, Roberto Chambetti. However, Chambetti only reminded the Ukrainian about the damage inflicted on the Veneto economy by anti-Russian sanctions: “In such a difficult economic period, which has been going on for several years, they [sanctions] create tension and discontent in the spheres of industry and agriculture.”

Veneto is one of the most developed regions of Italy, being the second region in the country in terms of agricultural production. Back in October 2014, recalls "Russian newspaper", the governor of the region, Luka Dzaya, announced his intention to protest the embargo against Moscow and the desire to protect the interests of local agricultural companies, "who deserve the right to such a promising market as Russia."

In an interview with RG, Stefano Valdegambieri noted that the European Union is making a “serious strategic mistake” with regard to Russia, which Veneto is trying to correct.

After approval of the resolution, Roberto Chambetti and Luca Zaya are entitled to raise the issue of the abolition of anti-Russian sanctions before the Italian government and European institutions. But the initiative of regional legislators is unlikely to be supported by Rome. Already know one statement on this topic.

The resolution of the Veneto Region Council, which calls on the country's authorities to lift sanctions against the Russian Federation and condemn the EU’s policy on Crimea, is advisory in nature, explained the head of the EU office in Moscow, Vygaudas Usackas.

“On the one hand, no one in Russia and the European Union feels comfortable when some restrictive measures are taken against our neighbors. On the other hand, what you said: the resolution in Venice and earlier - in the French parliament - are of a recommendatory nature and are not binding for implementation, ”- leads RIA News" the words of Usackas on the air of Vesti FM radio station.

He also pointed out that decisions in the EU are taken by the governments of 28 states and said: “It is very clearly written there, because of what our sanctions were taken”.

We also know the opinion of the decision of the Council of Veneto public figure and journalist, former MEP Giulietto Chiesa.

On the radio "Satellite in Crimea" he stated: "I think these are very good newsbecause it shows that the idea of ​​the mind is gaining momentum. I hoped that there would be other advisory groups, even at the local level, that could make such a decision. I hope that this will allow events to develop in a good direction. ”

True, the decision of the parliamentarians of Veneto does not mean that the governments of Italy and other countries will change the line of conduct, since they "do not reckon with the opinion of the people, they go in another direction because they are under blackmail by the United States of America."

Thus, Chiesa does not believe in any official weight at the level of the whole of Italy of the decision made in Veneto.

It is also known Russian opinion.

Anti-Russian propaganda is already beginning to work against those who launched it, optimistically noted in an interview "Izvestia" Maria Zakharova, official representative of the Ministry of Foreign Affairs of the Russian Federation.

"And voting on the resolution in the regional council of Veneto, and other political processes, such as opinion polls, a referendum in the Netherlands," all show that the process of anti-Russian propaganda in the context of Ukraine is not so much deadlocked as it starts to spin in the opposite direction and work against those who launched it. This is just the beginning. Europe is different than it was a couple of years ago. Several factors: the Syrian crisis, the overall situation in the region of the Middle East and North Africa, the situation with Ukraine, the US intervention in the internal affairs of not only Ukraine (in which there are no internal affairs at all), but also in the internal affairs of European countries - everything creates a completely different picture of the future of Europe.

Recall the peninsula of Crimea became part of the Russian Federation after the referendum held in March 2014. Ukraine, which has lost part of the territory, did not recognize the results of the will of the Crimeans and made a number of statements about the need to “return” the peninsula. In Kiev, the annexation of the Crimea to Russia is called nothing less than “occupation”. This position is supported by Western states, calling the entry of the Crimea into Russia "annexation". Some other media outlets even wrote at the time that voting in the Crimea was held “at the point of automatic rifles”. Since then, the policy of the West, primarily the United States, regarding Russia is based on restrictive measures - the so-called sanctions, which have been expanded, strengthened and extended several times. All this, coupled with the fall in oil prices led to an unstable economic situation in Russia. However, in the political sense, the West has not only achieved nothing, but it has acquired the exact opposite of what was sought: the trust rating for the Crimea’s “associate” Putin has risen in Russia (according to recent polls, it is 82%). Nevertheless, it is hardly necessary to count on the abolition of measures that cause economic harm to the West itself, which incurs losses from trade restrictions and from counter-sanctions of Moscow. Leading Western politicians, including Obama, have repeatedly stated that the West will never recognize the entry of Crimea into the Russian Federation. Therefore, Kiev does not lose (in vain) hopes for a “return” of the peninsula, and Russia continues to live with sanctions.

Observed and commented on Oleg Chuvakin
- especially for topwar.ru
Ctrl Enter
Noticed oshЫbku Highlight text and press. Ctrl + Enter
We are
Western politicians want to recognize the Crimea and demand the lifting of sanctionsDoes Venice recognize the Crimea as Russian? Why do Italian regionalists sympathize with Russia and criticize the European Union
Military Reviewin Yandex News
Military Reviewin Google News
41 comment
Information
Dear reader, to leave comments on the publication, you must sign in.