The Baltic States and Poland stirred up NATO generals, returning at least some practical meaning to the alliance.

20 May 2016
26
The meaning of this is that NATO has a serious military adversary, who is sleeping and sees how to occupy the Baltic States and Eastern Europe. Politicians of the Baltic countries, who recently joined the North Atlantic Alliance, speak in vain. By the way, when the Baltic republics accepted into NATO, no one made any real plans for their defense. 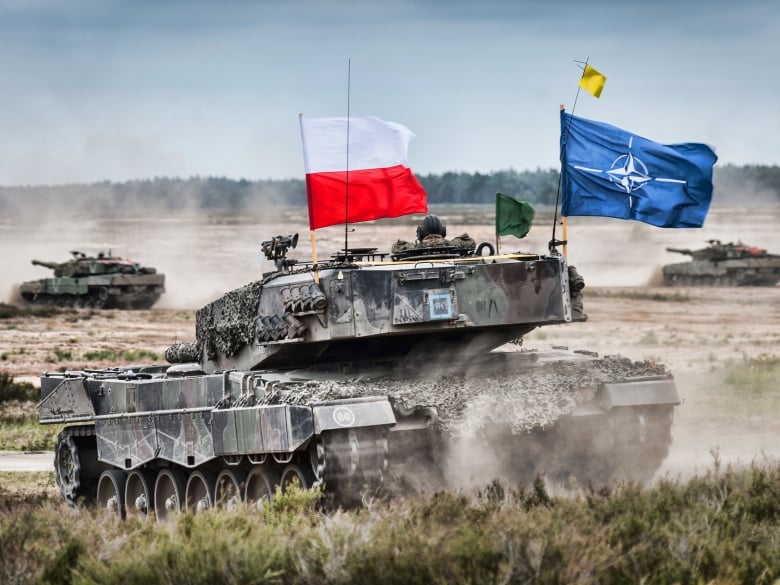 Who kindles the fire of war in the Baltic

According to experts, the situation has changed after the Russian-Georgian conflict and is extremely tense with the events in Ukraine. Today, under pressure-provoking appeals of the Balts, numerous exercises are being conducted, real military scenarios are being worked out, and there are regular reports of the interception of Russian military planes over the Baltic Sea, following their western enclave.

The other day, two noteworthy messages came from the British capital. The former deputy commander-in-chief of NATO forces in Europe, General Richard Shirreff, presented on Wednesday his own book, on the subject of which in 2017, the West would start a war with Russia. Actually, General Shirreff writes that Russia will be the initiator of military actions. She "begins to seize territory in the east of Ukraine, discovering a route to Crimea by land, and invades the Baltic countries." NATO will strike back in response, which will escalate into a full-scale war.

The Guardian, which reported on the presentation of the book by the British General, notes that, according to the author, the likely events described by him are based on the experience of working at NATO during the exercise of future probable conflicts. Now the retired general makes his predictions publicly, once again scaring and so timid colleagues in the Baltic States and Eastern Europe. Another thing is noteworthy: Shirreff revealed to the world all the paranoia that walks in the minds of NATO commanders. The head of the Russian Foreign Ministry, Sergei Lavrov, assessed this diplomatically: the Russophobic minority in NATO unites the alliance on an anti-Russian basis.

Shireff’s compatriot, member of the international committee of the House of Commons of the British Parliament, Daniel Kochinski, spoke on the same subject. “Recently, we often hear about air interceptions between Russian and NATO aircraft in the skies above the Baltic Sea - this situation is like a powder keg. Let's not forget that both sides have nuclear weaponwhich will be enough for the complete destruction of each other. Now, I often recall how much work has been done in the past. Indeed, in those times, the friction between the USSR and the West was no less than it is now. But then Western politicians understood how important it is to show respect for the Russian side and enter into a dialogue with it, to make efforts to find some points of contact, ”the deputy noted in his press statement.

It was not a public controversy. Coincidentally, two representatives of the British elite, almost synchronously, voiced two completely radically different opinions about NATO’s military plans. Now we know that in addition to the hysteria that has recently been fomented by the strategists of the North Atlantic Alliance, there is also a sensible understanding of the military situation in Europe.


The possibilities are real and imaginary.


There are few such examples. Recently, the media have been more filled with the horrors of generals and military analysts, who frighten Western inhabitants in the catastrophic NATO’s lagging behind Russia in armaments, equipment and training of personnel. This is how the famous American portal War on the Rocks presents it. Not so long ago, he published an article by analysts from the Rand Corporation Research Center David Shlapak and Michael Johnson, in which there are figures pleasing the Russian soul.

Having modeled a hypothetical military conflict between Russia and NATO, Rand Corporation analysts came to the disappointing conclusion: “Russia will have an initial advantage over NATO in quantity tanks in the ratio of 7: 1, in the number of infantry fighting vehicles - 5: 1, attack helicopters - 5: 1, barrel artillery - 4: 1, long-range rocket artillery - 16: 1, short-range air defense systems - 24: 1 and the number of long-range air defense systems actions in a ratio of 17: 1. "

The authors of the article, among other things, mourned that Russian guns and artillery beat far longer distances than their counterparts, which are in service with the United States. All this, as well as the other advantages reflected in the article, would allow Russia to smash NATO forces in the Baltic States in three days.

The article by Shlapak and Johnson echoes the recent statement by the Chief of Staff of the US Land Forces, Mark Millie, which he made in a speech before the Senate Commission on Armed Forces. General Millie admitted that Russia is superior to the United States in terms of the range and number of weapons.

In the heat of this public controversy, no one began to pay attention to the assessment of the ratio of real forces of Russia and NATO, which was given on the German TV channel Das Erste by Russia's permanent representative to NATO Alexander Grushko. In his opinion, the North Atlantic Alliance surpasses Russia in all categories of weapons.

Many have linked the self-blame of Americans with the struggle for money for the Pentagon. However, such activity usually coincided with the budget process and was observed mainly in the fall. Now it's springtime in the yard, and the scare about the decline of NATO forces is becoming more and more.

There are at least two reasons for this. In recent years, NATO’s military activity has sharply increased, and an appropriate justification must be found for this. As Alexander Grushko explained to German viewers, today literally “new exercises take place every other day in accordance with the Alliance’s readiness action plan.” The number of NATO exercises has exceeded 200. " Grushko noted that the total number of tactical flights aviation NATO over the Baltic and Barents Seas, as well as the regions adjacent to Russia in 2014 exceeded 3 thousand, which is twice as much as in 2013.

The second reason is related to the upcoming NATO summit in Warsaw in July. As you know, it will be approved the concept of deploying an additional contingent of troops in Eastern and Southern Europe. As conceived by NATO strategists, the alliance will deploy five elite battalions on its eastern borders. They must become a kind of rapid response team. This operation was pathetically called "Spearhead".

Such formations, according to the generals of the alliance, will serve as a deterrent for Russia. Therefore, all statements by analysts and military leaders about the weakness of NATO are ultimately just an attempt to impart at least some legitimacy to the deployment of new units in Eastern Europe and the Baltic States. After all, such a step directly contradicts the Founding Act on Mutual Relations, Cooperation and Security between the Russian Federation and the North Atlantic Treaty Organization, concluded in the spring of the now distant 1997 year.

In their own way, the young members of the alliance look at the goals of the upcoming summit. They have already learned to dictate their agenda to NATO. Now they want to become full-fledged parties to the treaty, whose position will directly influence the adoption of military and political decisions. For example, Polish President Andrzej Duda sees the result of the summit in Warsaw. His Baltic neighbors do not object to such a turn of events, but out of habit, they are busy achieving tactical goals. The main one is to abandon the Russia-NATO Founding Act.

This treaty hinders the Alliance's advance to the East. Therefore, any such NATO action, as we have seen, requires additional political and propaganda efforts. The leaders of the Baltic countries want to avoid these unnecessary actions, to simplify the adoption and implementation of NATO decisions regarding Russia. Hence the prohibitive anti-Russian rhetoric.

In the West, it does not suit everyone. At the end of April, German Chancellor Angela Merkel, after talks with Latvian Prime Minister Maris Kuczynskis, firmly stated that it is important to comply with the Russia-NATO Founding Act in order to increase the level of security of the North Atlantic Alliance member countries.

Merkel is certainly not suspicious of pro-Russian sentiment. She simply understands the importance of following agreed rules for the mutual security of the parties. In addition, the chancellor now has to act with an eye on the German public. And there is a completely different mood.

As the American newspaper Wall Street Journal writes, in March the German Bertelsmann Foundation conducted a survey according to which 56% Germans do not consider Russia a “military threat” and disapprove of sanctions, and 57% were opposed to the German army defending Poland or the Baltic States, “if they will be attacked by Russia. "

The attitude towards Eastern Europeans in the United States itself is no better. Here they have already begun to call parasites. So, Doug Bendow, in an article for National Interest, wrote directly: “In search of the maximum number of allies, the United States created a whole brood of dependents. Washington has endured superstition for too long by its allies, it is time for the United States to begin to throw off this burden. ” Bendou counted among his dependents a large circle of Allied American countries, including the NATO partners from the Baltic States and Eastern Europe.

These new revelations in society must be disagreeable to NATO strategists. However, in return, they now have the main thing - the image of the enemy, fashioned from Russia by political sculptors of Poland and the Baltic States. The Alliance united against Russia, and its generals had at least some real sense of activity after the forgotten cold war. And so NATO is moving in the new century, creating only new threats to security and peace ...

Ctrl Enter
Noticed oshЫbku Highlight text and press. Ctrl + Enter
We are
Situational analysis of the death of the MH17 flight (Malaysian Boeing 777), made on the basis of engineering analysis from 15.08.2014Baltic states again complained of Russia
Military Reviewin Yandex News
Military Reviewin Google News
26 comments
Information
Dear reader, to leave comments on the publication, you must sign in.