19 May 2016
21
Cargo An-12 of the Azerbaijani company Silk Way crashed in the south of Afghanistan, 9 people died, reports RIA News message from Trend agency. 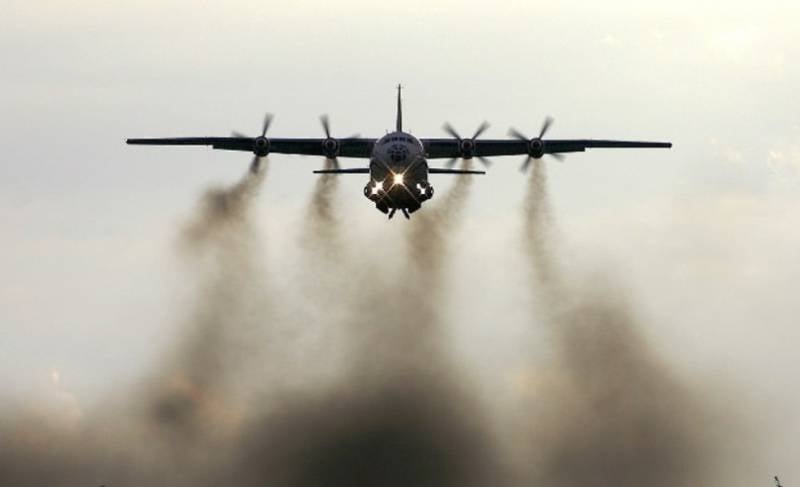 “Information was received on the accident in the Afghan province of Helmand with the An-12 cargo plane, which was leased from the Azerbaijani airline Silk Way to carry out cargo transportation inside Afghanistan,” the agency reports citing the administration of the civil aviation Azerbaijan.

It is noted that the information arrived yesterday about 17: 30 MSK.

The incident occurred after takeoff at the airport Dwyer. “The leased plane was operated by an international crew, which included a citizen of Uzbekistan (captain), three citizens of Ukraine and five citizens of Azerbaijan. The State Civil Aviation Administration of Azerbaijan has established a commission to investigate this incident. Currently, a process is underway to coordinate with the aviation authorities of Afghanistan the departure of 19 on May by representatives of the commission to the scene to investigate the causes of the incident. The commission will bring additional information to the media, ”the report says.

According to a representative of the Helmand Provincial Administration, 9 people were killed in a plane crash.

Ctrl Enter
Noticed oshЫbku Highlight text and press. Ctrl + Enter
We are
Reports from Strelkov Igor Ivanovich 18-19 July 2014 of the yearThe situation in the south-east of Ukraine. Chronicle of events. 3 May
Military Reviewin Yandex News
Military Reviewin Google News
21 comment
Information
Dear reader, to leave comments on the publication, you must sign in.