19 May 2016
27
The tragic incident with the Russian military occurred today in the territory of the Republic of South Ossetia. RIA News reports that the bus with the servicemen of the Armed Forces of the Russian Federation, moving along the mountain road from Tskhinval in Kanchaveti (Kanchavet), fell into the abyss. As a result, six people died, another 16 military personnel received injuries of varying severity. At least four of them are in critical condition. All the victims were taken to the hospital in Tskhinval, where they receive the necessary assistance. 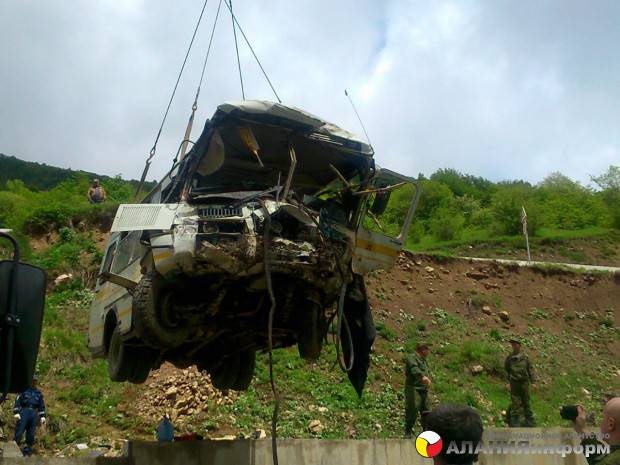 The submission states that the bus with Russian officers was heading to the venue of the charges. According to one version, the driver lost control of driving on the road section. According to another, the vehicle had brakes failed.

Attention is drawn to the fact that today, on the territory of South Ossetia, the passenger passenger bus, which followed the route Tskhinval-Leningor, turned over. As a result of an accident killed two people. Several passengers were injured. The cause of the accident was low visibility on the road section due to thick fog. It is reported by the news agency "Alania Inform".