Announcing its closure scandalous site "Peacemaker", will resume its work

19 May 2016
12
The deputy of the Rada and freelance adviser to the head of the Ministry of Internal Affairs Anton Gerashchenko reported on the intention of the Ukrainian site “Peacemaker” to resume work in his “Facebook”, the agency reports UNIAN. 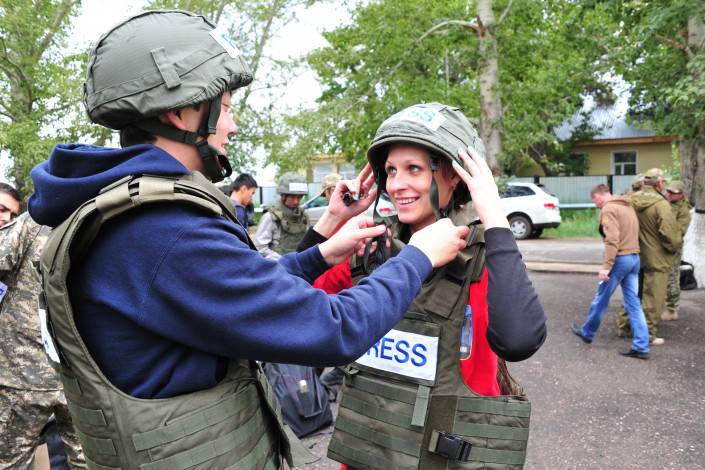 “The volunteers of the Peacemaker project, after the enormous support that was provided to it by hundreds of thousands of Ukrainian patriots, decided to resume their work, no matter what!”, Wrote Gerashchenko.

Earlier, the agency reported that “Peacemaker” in one of its materials published the personal data of journalists from the Ukrainian and Western media accredited in the Donetsk Republic. The list consisted of 4068 names.

This trick of the site angered the journalistic community and aroused interest in the Kiev prosecutor's office, which opened the criminal proceedings on this fact.

A week ago, the "peacekeepers" announced their closure. But now it seems to perk up.

Here is their statement, which was published in the social network Gerashchenko. 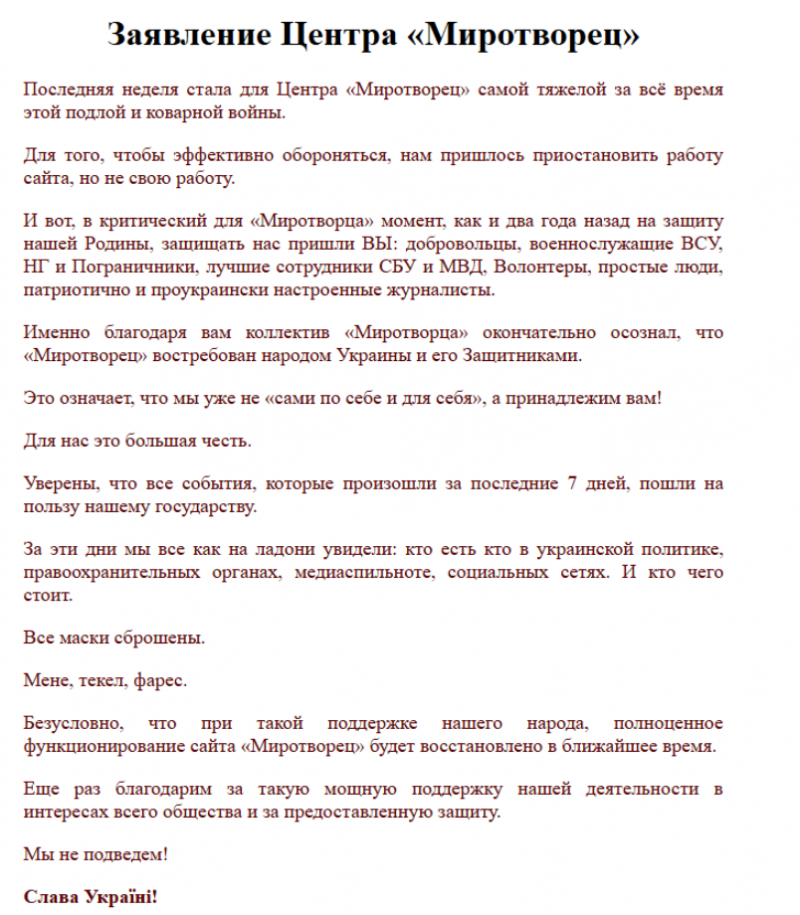 Ctrl Enter
Noticed oshЫbku Highlight text and press. Ctrl + Enter
We are
The notorious Ukrainian site "Peacekeeper" is closed, but personal data of "enemies of Ukraine" will continue to be publishedThe notorious Ukrainian site "Peacekeeper" published the personal data of 5 thousand journalists who have ever received accreditation to work in LDNR
Military Reviewin Yandex News
Military Reviewin Google News
12 comments
Information
Dear reader, to leave comments on the publication, you must sign in.