Russia agreed to develop military cooperation with Thailand and Indonesia

19 May 2016
15
The heads of government of the Russian Federation and Thailand signed an agreement on military cooperation following the results of the talks held in Moscow, reports TASS. 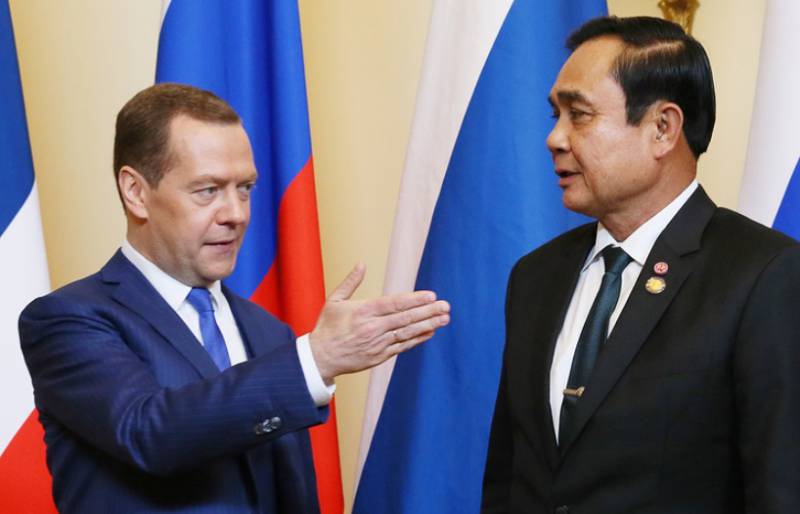 In addition, “the Federal Financial Monitoring Service of the Russian Federation has entered into an agreement on cooperation in the area of ​​combating money laundering with the Anti-Money Laundering Authority of Thailand,” the agency reports citing an official report.

On the same day, 18 May, an intergovernmental agreement on military cooperation with Indonesia was concluded. The document was signed by the parties in the presence of the presidents of the countries Vladimir Putin and Joko Widodo.

In addition, the Joint Statement between the Federal Agency for Fisheries of Russia and the Ministry of Maritime Affairs and Fisheries of Indonesia on mutual understanding and cooperation in the prevention of illegal, unreported and unregulated fishing of living marine resources and ensuring sustainable regulation of fisheries was adopted.

Negotiations between the two presidents went on Wednesday in Sochi.

Ctrl Enter
Noticed oshЫbku Highlight text and press. Ctrl + Enter
We are
The action “Military service under the contract is your choice!” In Rostov-on-Don: future contract servicemen, exhibitions and “Russian Knights”Results of MAKS-2013 in the sphere of military-technical cooperation: contracts, agreements and memorandums with seven countries were signed
Military Reviewin Yandex News
Military Reviewin Google News
15 comments
Information
Dear reader, to leave comments on the publication, you must sign in.