Acknowledge the facts: the Russian army is being modernized and becoming a deadly military vehicle (The National Interest, USA) 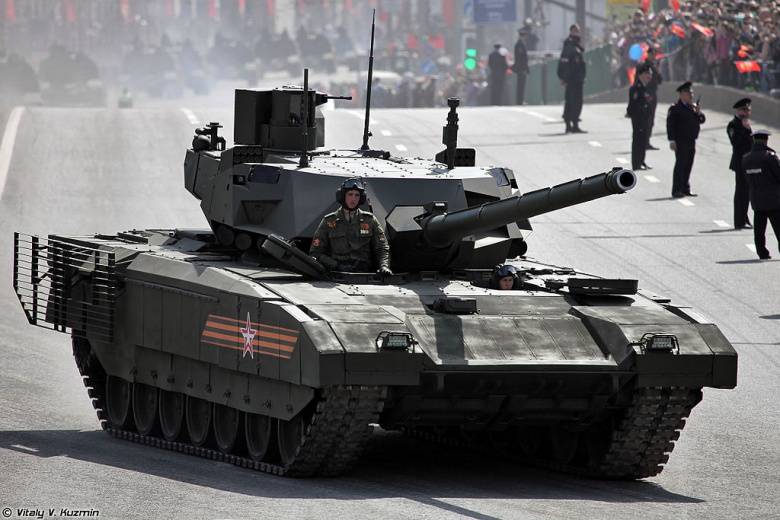 Fortunately, the Russian army has not yet become a giant. Nobody says that. But it is in this way that some "anonymous high-ranking Pentagon representatives" are trying to distort the legitimate concern of the top military leadership in connection with the threat posed by the Russian army undergoing rapid modernization.

Everything looks even worse when some journalists try to cast a shadow of doubt on the reputation and honesty of the officer who bravely tried to convince the administration of Barack Obama and the American people to take seriously the growing threat to the security of our country and our allies.

The modernization of the Russian armed forces and the challenge it poses for our country and the army have earned open recognition at the highest level of the Ministry of Defense. Explaining the need for the so-called Third Offset Strategy (Third Offset Strategy), Deputy Secretary of Defense Robert Wark said that one of the reasons for this was the response to the challenges presented by the Russian army: “Russia is modernizing an army that experienced a strong decline in 1990's the early 2000s. Its naval and air forces operate with a long unprecedented scale, which includes a rapid increase in the number of trans-Pacific and global military operations. " The Deputy Secretary of Defense for Procurement, Technology and Logistics tells everyone who is willing to listen to him that the US is losing technological superiority over China and Russia in the air and at sea, in the field of electronic war, space, reliable communications and reconnaissance, surveillance and reconnaissance.

Generals in active service also say in plain text that the new, improved Russian army is challenging the US armed forces in the air, at sea and on land. Since the hearing about his appointment as head of the chairman of the Joint Chiefs of Staff, General Joseph Dunford has made it very clear that Russia is the number one military threat to our country. Speaking at the Center for International and Strategic Studies in March 2016, General Dunford went even further and said that “Russia represents the most serious range of threats to American interests. Despite a declining population and economic downturn, Russia has invested heavily in military capabilities. Putin recently laid the foundations of a wide range of military systems, including new intercontinental ballistic missiles, aircraft, nuclear submarines, tanks and air defense systems. We see some of Russia's newest conventional weapons in Syria and carefully monitor Russian development and operations in space and cyberspace. "

The new chief of the army general staff, General Mark Milli, made similar statements. Similar statements were made by the cadenza in charge of the supreme commander of the allies, that is, the head of the NATO ground and air forces, General Phillip Breedlove. In particular, he said: “Russia continues long-term efforts to modernize the armed forces. Recent actions of Russia in Ukraine and Syria showed dangerously increased ability to deploy troops, increased combat capability and the ability to provide supplies. Russia has studied US military operations and developed a doctrine for twenty years and formed an army capable of effectively resisting US and NATO forces. " The commander of the US Air Force told The New York Times that the Russian air defense capabilities threaten NATO’s free access to European airspace, including a third of Poland’s airspace.

The Russian army is still not giant, but already very close to that, and continues to grow. Its breakthrough from the time of the operation against Georgia casually carried out in 2008 is very impressive. The Russian Ministry of Defense constantly demonstrates its capabilities by conducting large-scale unplanned maneuvers involving from 40 to 100 thousands of servicemen from all branches of the military. They even talk about the first use of nuclear weapons. In operations against the Crimea and Ukraine, Russia has shown the unnoticed ability of good coordination of armored troops, artillery and air forces, along with the very successful use of electronic warfare, unmanned aerial vehicles and long-range artillery for detecting, disabling and destroying Ukrainian command posts operational level

Critics will try to convince you that all the talk about the growing military threat from Russia serves only selfish purposes: that, for example, the ground army wants to get more resources and increase personnel. But the National Commission on the Future Army, studying the challenges facing this type of army, came to the conclusion that "the alleged Russian doctrine and the ability to jeopardize American interests require empowering the army to withstand Russian tank forces, artillery, aviation and the puppet forces in their attempts to attack the European allies, be it part of NATO or another multinational contingent. "The commission seems to be on the same side as those who call for more investment in the army in view of the growing military threat from Russia. By the way, he the report recommends that an armored brigade tactical group be returned to Europe.

And when an article in a reputable online publication ignores convincing evidence of the seriousness of the Russian threat, preferring instead to focus on the identity of one of the participants in the discussion, you have to wonder why?

I usually refrain from overflowing my blog with quotes, as overly anxious students do in the hope of impressing teachers. But when I saw very sharp articles quoting anonymous sources and retired military, who were not able to honestly demonstrate balanced data from active military and civilian officials, I felt obliged to present the other side.