19 May 2016
164
In recent days, a barrel of oil has been knocking hard at the door of the price tag of 50 dollars. Moreover, about 2 months ago, there appeared “experts” who predicted oil prices by the end of spring at the level of 20 dollars per barrel and who were anticipating the next stage of how “the Russian economy would be torn to shreds”. There is no great euphoria due to the fact that oil prices have returned to fifty, for the simple reason that a simple formula works in Russia: “the more expensive oil is, the less willing there is to work with specialized officials”. But they are clearly anticipating the euphoria of those very relevant officials. Still - vacation can take place in full! ..


First of all, they are looking forward to the fact that the “he” plan can be shifted to the far drawer of the table, when oil could fall even lower than thirty, and the budget deficit would increase to more than five percent. Secondly, they are looking forward to the fact that, as announced at the beginning of the year, if oil prices rise above 50 dollars per barrel, then it will be possible to put them back into the dice again - for example, into the Reserve Fund. That is, if previously they were postponed from the amount at least one and a half times higher, now they decided to lower the bar of the “economy” mode to fifty dollars, making it clear that even with 40 more than a barrel, the Russian economy is quite capable of moving and even showing some success. .

Successes? At 50-ti dollars per barrel? Such questions with a claim to bitter irony could have been asked about two years ago, when oil flew above one hundred bucks a barrel. However, the "partners", and the entire world economy, apparently, somewhat sobered up the economic bloc of the Russian government, which realized that there is life with a third of the price of oil that was in the so-called "obese" years. 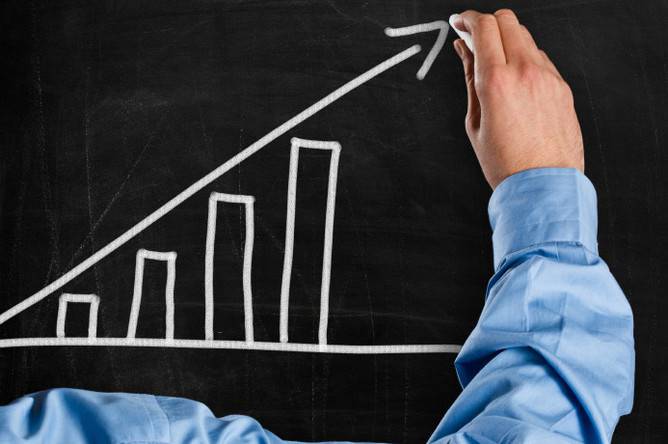 Life really does exist - economic “gurus” of Russia have come to such a discovery, gradually preparing to put it back into a bowl. The main evidence of this (this is today considered to be a success) is the reduction of inflation to the level of 0,5% on a monthly basis. This indicator is fixed today. If the inflation estimate is extended by a year, it will be significantly lower than last year, when 12,9% was officially declared inflation, and real consumer basket inflation exceeded 16%. In annual terms, inflation in the 2016 year (if the trends do not change) may turn out to be at the level of 6-7% per annum, which is quite good by recent Russian standards.

Another percentage of 2-2,5, and the ideal percentage for investment inflows, which previously stopped not so much with fears of corruption (where there is no such corruption in the world?), But with a decrease in the real purchasing power of Russians and high rates of foreign currencies in relation to ruble. But although the inflation rate is not yet ideal, the market situation is such that investment in Russia for foreign "comrades" again looks quite attractive. This is due to the fact that in the European Union for a month in a row deflation is fixed (price reduction), which for business looks like a lamb knife. That is, investing where there is no real profit, based on deflation figures (the April deflation, according to Eurostat, was 0,2%), to put it mildly, is strange. And although the forecast of the European Commission as a whole is optimistic - according to the results of 2016, deflation will be replaced by easy inflation at the level of 0,2-0,3%, but this is still not a figure that can allow an active growth of the European economy.

And on this basis, large European companies that, on the first wave of sanctions, fled from Russia with shouts of “further, further, further”, now scratch their turnips and are thinking about returning. Moreover, few people even stutter about the current sanctions regime, realizing that sanctions have long been learned to circumvent, quite effectively using, for example, the regional level (it is prohibited to trade certain goods between Germany and the Russian Federation, and between Bavaria and Moscow Region lawyers can be).

For obvious reasons, this development of the situation can hardly fail to please the Russian economic government bloc. Oil is growing, and, obviously, it will continue to grow, as a few days ago authoritative analytical platforms announced that they had “fixed” the deficit of “black gold” on the world market. Inflation is declining. The exchange rate of foreign currencies against the “torn to shreds” ruble, too. And if oil grows and inflation goes down, then “yeah!” Is the dream of any official from the Ministry of Economic Development and Trade and the Ministry of Finance.

And now the Ministry of Finance has already stated that there is no sense in extending the amnesty of capital regime, that going into external borrowing is no longer so critical, and generally you can borrow "inside" - there is money, that a strategy to reduce the budget deficit will allow the Central Bank to lower the key rate, and in general ... “Shreds” “grow back” again ... And when you consider that the volumes of the Reserve Fund of the Russian Federation, based on statistics, were replenished even at a price of less than 50 dollars per barrel of oil (the growth of savings even in dollar equivalent amounted to more than a billion for a month, reaching the mark in $ 51 billion), then “ye-hu !!!” from the economic bloc gets even louder.

But the main thing here is not even the fact that Russia's economic “gurus” do not stun one another from enthusiastic exclamations, how much so that “sticking together scraps” is not carried out solely at the expense of the ordinary citizen, who, as you know, endures everything and whose level of well-being is often associated inverse proportionality with the level of contentment of the economic "gurus" themselves ...

Ctrl Enter
Noticed oshЫbku Highlight text and press. Ctrl + Enter
We are
Results of the week. “Have you had any construction accidents?” Did not have? Will be! "Oil: how optimists were mistaken
Military Reviewin Yandex News
Military Reviewin Google News
164 comments
Information
Dear reader, to leave comments on the publication, you must sign in.