18 May 2016
17
Syrian government forces have stopped the attempts of the Dzhebhat an-Nusra to develop an offensive in the north of Lattakia in the area of ​​the settlement. Haddad transmits RIA News the message of the Russian Center for reconciliation. 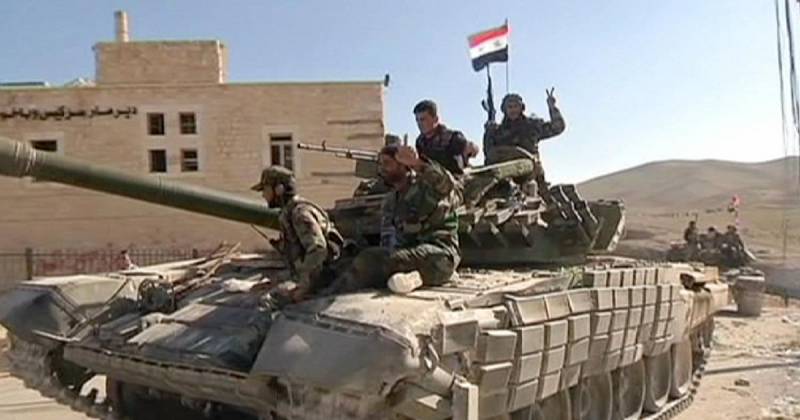 “In the northern part of the province of Latakia, government forces suppressed the attempts of the terrorists of the Jabhat al-Nusra group to launch an offensive in the area of ​​the settlement of Haddad,” the message said.

It is noted that the group continues to conduct combat operations: “During the day, they fired from the MLRS and mortars into the Ashrafiyah, Sheikh Maksoud and Salah al-Din blocks of the city of Aleppo, and the villages of Khandrat, Haylan, and Bordzh Riikh were also subjected to shelling” .

In addition, “in the province of Hama, government units were fired from tanks and mortars by the Jebhat al-Nusra fighters from the direction of Er-Rastan settlement, the villages of Maharda, Skalbiya and Zellakiyat underwent shelling from MLRS and mortars. ”

"In the province of Damascus, the formation of terrorists" Dzhebhat al-Nusra "also fired at positions of units of the Syrian armed forces deployed in the area of ​​the village of Marj Sultan from mortars," the Center said.