Coffee for the front


During the years of the Great Patriotic War, many countries and peoples assisted the USSR, even being officially neutral in that war.

Brief reports of this can be found in the Soviet wartime press. There were some very laconic articles in small editions. Why did Soviet historiography not complain about these facts? First, the Cold War that began in 1946, and those countries that did not openly support the USSR, were considered by our leadership as a kind of “wagering” of anti-Sovietism and subsequently of the NATO bloc. Naturally, such a foreign policy line limited the possibilities of Moscow and its allies, but Stalin did not recognize compromises at that time. True, in early April 1952, almost 50 countries, in most developing countries, participated in the first international economic meeting in Moscow, initiated by the Soviet leader, whose decisions - first of all about the single financial and economic space of the USSR and friendly countries - became the prototype of the present BRICS. But after 1953, the formation of an anti-dollar, anti-imperialist bloc, Moscow began to increasingly prefer "countries of socialist orientation", where pro-Soviet bureaucratic regimes were implanted with a rare exception without taking into account political and economic realities. And they decided to “forget” about the decisions of the 1952 meeting in Moscow until the collapse of the USSR. Unlike Beijing ...

Secondly, the Soviet propagandists in the second half of 40-x - mid-50-x neglected developing countries, considering them as a kind of buffer zone between the West and the East. Therefore, their position in relation to the USSR during the Second World War was either ignored or qualified as insignificant. Although it was she who contributed to the creation of a single anti-imperialist alliance of states - long, we emphasize, before the creation of NATO and its regional analogues (CENTO, SEATO, ANZUK, ANZUS). Moscow understood this by 1952, but by that time hostile military alliances already could be said to have grounded the USSR and its allies. And many developing countries have fallen into orbit of the influence of these blocks.

As is known, the USSR even in the years of the Great Patriotic War provided all possible assistance to China, who had fought since July 1937. But he tried not to remain in debt. Thus, in the 1943 year, by decision of the Chinese leadership, three batches of electric power equipment from the United States, intended for the country under the Lend-Lease, were redirected to the Soviet Union. As stated by Generalissimo Chiang Kai-shek, due to the enormous needs of the defense and rear of the USSR. Incidentally, this is noted in the memoirs of the then head of the US Lend-Lease Committee Edward Stetinnius: “The third Lend-Lease program is related to the generation of electricity for Soviet military plants in the Urals and in the German-devastated areas reclaimed today by the Red Army. This program began with three generators manufactured by us for China, but the Chinese allowed 1943 to transfer them to Russia. ”

Iceland in 1943 refused about half of the supply of fish oil from the USA and Canada, asking to include this volume in the northern convoys in the USSR. In Reykjavik, they said that the USSR really needed this product, including Leningrad, which heroically withstands the onslaught of the Nazis. In addition, in the USSR, Icelanders sent fishing gear, herring, mackerel, cod, wool - mostly free of charge. 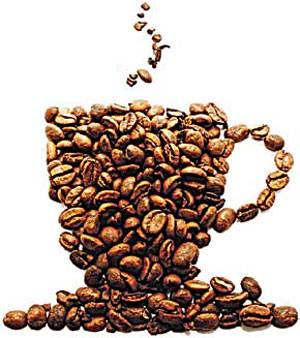 Iraqi Prime Minister and Foreign Minister Nuri Said in the same year ordered to transport up to 60 percent of the total number of river military vessels through neighboring Iran to the USSR flotilladelivered to a country from the USA. Up to 30 percent of the volume of wheat imported into Iraq from Canada and Australia at the beginning of 1944 by the same program, the authorities asked to be transported to the USSR, where, according to their statement, the food supply problem was aggravated (by the way, in the same year Baghdad and Moscow established diplomatic relations, and Iraq entered the war with Germany and Italy in early 1943).

In 1942, the rulers of Himalayan Nepal, Sikkim and Bhutan included up to eight thousand tons of jute from British India to the USSR, four thousand tons of citrus fruit, about 20 tons of wool (yaks and musk oxen) and about 10 tons of medicinal herbs. Moreover, the authorities of these countries came out for the non-obligatory payment of these goods by the USSR. The same approach was shown by the King of Afghanistan M. Zahir Shah, including in Xench – 1943 deliveries in 1944 – 200 years about 100 tons of cotton, 30 tons of vegetables and fruits, almost 10 tons of wool (of different types), 20 tons of coal and about 60 tons of potash salt. Large amounts of similar assortment of assistance provided Iran. XNUMX percent of its shipments were gratuitous.

In the 1943 – 1944 years, the neutral kingdom of Yemen included in the Lend program for the USSR up to 25 tons of mocha (Yemen is the birthplace of this variety), more than 15 tons of fish, 10 tons of different types of wool and about 10 tons of cotton. Up to 70, Percentage of Supply, Yemen has designated as grant aid to the Soviet Union. The then head of Yemen, Imam Yahya, said: “We remember how the USSR helped to protect our country from foreign (British-Saudi, then Italian. - AB) invasion at the end of the 20s (the Soviet-Yemeni agreement was signed in 1928) “On Friendship.” - AB). Therefore, in a difficult period for the USSR, we must provide all possible assistance in return. ”

Deliveries to the USSR were not only under Lend-Lease. In 1942 – 1944, they were carried out by Ethiopia, Liberia, and Brazil, which were part of the anti-Hitler coalition. Neutral Sweden from 1943-th increased exports (mainly through Iran) to the USSR at prices that were five to ten percent lower than world prices, with a partial delay in counter deliveries or payments. At negotiations with Stalin 15 on June 1946, Staffan Söderblüm said: “Sweden knows who it owes to preserve its independence and neutrality - the heroic struggle of the USSR against the aggressors and, of course, the heroism of Leningrad's people who have been subjected to severe tests.”

The varied, almost entirely gratuitous assistance to the Soviet Union from independent Mongolia and (until August 1944) of Tuva, by many estimates, by the total cost was almost 40 percent of lend-lease supplies to the USSR for the same 1942 – 1944 years. Ulan Bator also provided all possible assistance to China, who had fought with Japan since 1937, actively participated in the defeat of the Kwantung Army and liberated a number of regions of Northern China.

If we exclude fragmented, short-circuited articles and brochures on Soviet assistance from Mongolia, the first studies and books of the proper level and circulation appeared in the USSR only at the end of 60, and the corresponding история Tuva remained a white spot until 2010 – 2011.
All these countries and peoples eternal gratitude!

Ctrl Enter
Noticed oshЫbku Highlight text and press. Ctrl + Enter
We are
Diplomats of the People's Commissariat of Defense: on the eve and during the warMyths of the Great Patriotic. Did Stalin have prostration in the first days of the war?
Military Reviewin Yandex News
Military Reviewin Google News
23 comments
Information
Dear reader, to leave comments on the publication, you must sign in.