Is our elite able to find an effective country development path working for the whole of society? How will the struggle for resources and anti-Russian sanctions escalating in the world affect our defense industry? There are no easy answers.

Having conceived economic reform, Chairman of the USSR Council of Ministers Alexei Kosygin asked scientists to model how a Soviet person would behave when he increased material interest. The experiment gave rise to many thoughts.

One of those who undertook to solve the problem was the Institute of Management Problems of the USSR Academy of Sciences. The analysis showed that in social systems based on material gain, instability arises, which under certain circumstances can affect the very foundations of the state. The development of Western society is accompanied by constant shifts and innovations that smooth out the contradictions arising between labor and capital. If these measures are ineffective, a crisis of overproduction and sales begins, causing social upheaval. If successful, the economy is booming, but again to the next contradiction, which is resolved through the assignment of capital or the outbreak of war. It is interesting that developed social structures at fractures turn out to be stronger, more united and can resist.

The liberal idea, as world practice shows, inevitably (besides the desire of the elites) leads to collapse, if not limited to social obligations to citizens, and the gap between the incomes of the rich and the poor is more than the permissible norms. By the way, in Russia today it is exceeded 17 times.

A social idea can also lead to collapse if it does not fully take into account the human factor, and people turn into cog-wheels of the state mechanism of suppression and coercion.

In any system, be it capitalism or socialism, there are flaws. But this is not a sentence to humanity, but a management problem, experts say. Nuclear reaction can be with positive feedback. In the process of private initiative and enterprise, a huge amount of energy is also released, which is a powerful source for the development of society. But nuclear energy leads to the common good, and to the Chernobyl accident. In the same way, private initiative, entrepreneurship, if not directed to the right direction for society, can result in arbitrariness and anarchy.

The governance mechanisms in Russia are disorganized. This was clearly shown by the “straight line” with Vladimir Putin, to which over two million telephone calls and inquiries were received, and almost every one was a cry for help. 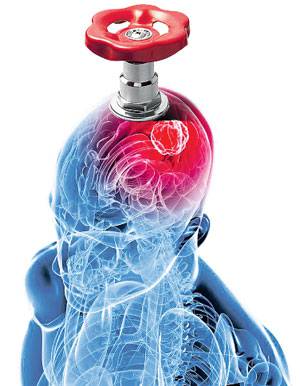 Head of the Laboratory of the Institute of Management Problems V. A. Trapeznikova, Doctor of Technical Sciences, Professor Kemer Norkin proposes to submit two states. One thing - Egoland (from an egoist) - successfully developed, created science, the financial system, but entered into crisis fluctuations. To get things right, the elite continued their course of liberal globalization, and the state climbed into trillions of debts and continues to consume world resources, not thinking how to pay for financial egoism. The second country - Altruen (from altruism) - initially adhered to social justice. But it turned out to be eroded by corruption and fell apart. However, instead of looking for a way to improve the economy, create new jobs, his elite drastically changed ideological attitudes, social rules and, in essence, transferred the Egoland business ethics to its soil. But the decision-making system on the use of common property, finances and restriction of freedom left the same - the one in which many were willing to die for the interests of the state, figuratively speaking, in a darned uniform.

So, people in Egoland invented a way to exist, despite the fact that liberalism brought them to a standstill, by appropriating other people's resources. And in Altruien, the elite usurped the disposal of the country's resources and exchanged them for Egoland's treasury wrappers. Of course, such a course undermines the very foundations of the state.

They say that in Altruen there are no economic problems that could not be solved at the expense of the people: the well-being of pensioners and state employees, reduction of social obligations. “But if we find a way to combine social and egoistic approaches that complement each other synergistically, this will be a gift to all of humanity,” says Kemer Norkin.

God forbid Only time is gone. Moreover, there is a danger that in Egoland there will be a temptation to simply swallow up Altruen as an opportunity if necessary. It would have happened if Russia did not save against all its teeth its forces of nuclear deterrence.

The main question of our time, experts say, is getting energy. “In order for a person to live a normal life, he needs about two kilowatts of electricity every day: a refrigerator and a TV set, a subway, etc., must work,” says Igor Ostretsov, D.Sc. “There are seven billion people on Earth.” They need 14 terawatts. But the world today can produce only two terawatts. ”

Do not be mistaken about the fact that there is an oversupply of oil on the market. AT historical perspective, this is not for long: the stock limit has already been outlined. For organic energy, we have reached the peak of production. God grant that they were enough until the middle of the century. In the energy supply of mankind, opportunities lag behind needs by six to seven times. Therefore, the war for resources is the main problem and danger of the XNUMXst century.

The social order adopted in most countries of the world is market democracy. At one time, Alfred Nobel gave her the following definition: democracy is a herd of idiots controlled by scum. He apparently turned out to be right. Thanks to the country - the flagship of a developed democracy, the world today, with a shortage of resources and financial bubbles, is again on the verge of mutual extermination. Therefore, the question is tough: who will destroy whom and how?

It sounds cynical, but truthfully. “Usually people do not like this question very much,” Ostretsov gives an example. - When I asked him one year in 2000, one philosopher, academician of the Russian Academy of Sciences, he answered: Igor Nikolaevich, such questions cannot be raised in a decent society. But either five billion poor, or one hundred million rich. There is no other way. Moreover, the destruction of the rich is not necessarily physical. This can be done simply by seizing their property. But the destruction of the poor will be only physical, because they have nowhere to retreat. "

The modern world is just that busy today. How did events begin in eastern Ukraine? Recall that China said: "We are resettling 400 millions of people from the villages and are introducing a pension system, so the price of oil should not exceed 80 dollars." After that, an inexplicable for many war broke out in the Square. Then there is chaos in the Middle East and the formation of an IG banned in Russia, which no one but us could withstand.

According to Ostretsov, there is even an agreement between some world leaders on whom to merge. Why Ukraine could not become the first candidate as the weakest link? She was pulled out of the “embraces” of Russia for this purpose. Only the naive can assume that these are spontaneous processes. Behind them are overseas puppeteers who do not need a competitive, independent European Union policy. Ukraine and the Middle East are the levers of pressure on Europe, the valve in the right hands, which at once will block the oxygen if it bangs.

“The abduction of Europe” is a strategic task. In the near future, the United States plans to replace Russia. This is feasible, while the money of our elite is kept in the West and the outflow of capital from the country continues. Our nouveau riche sleeping and see themselves in mansions on the coast of Florida. And the economic block of the government, as in 90, continues to follow the instructions of the "Washington Regional Committee".

The global fight for resources is already underway. Today, the Chinese consumes one ton of fuel per year, German - 16, American - 20, Russian - 4. And these contradictions are intensifying.

Western sanctions forced Russia to urgently look for ways to import substitution. It was believed that broad international cooperation is extremely beneficial. As it turned out, only as long as there is peace on Earth. “In wartime conditions, it is harmful, even dangerous, which we recently realized and now see: there can be no fair competition between leading Western states and countries of a developing economy,” says RANS academician Viktor Kapustin. “Therefore, the Russian Federation is in dire need of developing its own defense technologies, microelectronics.”

However, at the moment we have not created even the simplest classifier of vital technologies, of which the order of 150 thousands. And the knowledge that allows them to use, there are mainly in the heads of engineers, technicians and craftsmen - the current industrial intelligentsia, which the ruling elite, judging by the salary in the defense industry, does not consider as such. A young technician who incorrectly installed the angular velocity sensor, which caused the Proton-M carrier to fall, received about 18 thousand rubles.

Descriptions of some unique technologies of ferrous and non-ferrous metallurgy, oil exploration, its production and processing in fuels and lubricants, and organic synthesis have been lost. It is unlikely that it will be possible to restore the Soviet body of knowledge in aviation and the radio industry, glassmaking and some other industries. Technological maps, where they exist, are, as a rule, executed carelessly, fragmentarily, mainly in the form of texts that are understandable only to production veterans. And if living oral knowledge leaves with them, these “notes” will simply have no one to decipher.

Patent literature deposits do not save the day. Essentially these are uninformative legal texts. Engineering graphics are expelled from patent formulas - so it is easier to bypass protection.

Recently, the chairman of the Russian government said that the machine-tool and technological park of the military-industrial complex needs to be updated with 70 percent and this needs to be done before 2020. Why at this time, Dmitry Medvedev did not specify. Huge efforts and capital investments are required, despite the fact that there are neither sufficient resources nor trained personnel in the country. We need new methods of economic management, monetary and personnel policy. But decisions at the state level are not made, there is no corresponding federal target program.

If corruption is a system, as Norkin says, then it is necessary to fight it everywhere and constantly. In the meantime, our elite has a sort of split consciousness. Abroad, we demonstrate strength, showing courage and heroism, helping the Syrian people, and at the same time, we are celebrating billions of nouveau riche weddings inside the country, gently scribbling those who shamelessly put their hands into the pocket of the state, stifle their own economy, fear the truth.

And as long as the Russian elite does not associate its prospects with the future of "this" country, there will be no peace, no consensus in the state, or a national idea that unites all. But the Egolands will continue to encroach on our lands, openly declaring that the Lord God has too generously endowed Russia with natural resources and she should share them.

It is time to finally wake up from Gaidar’s confusion, to objectively look at ourselves and the world around us, in which Russia can turn from a subject into a global policy object, become a gas station country, in the words of Congressman Biden. But for this, 150 millions of people will need only a third. Such is the objective reality of market democracy and the technology of hybrid war generated by it.

Ctrl Enter
Noticed oshЫbku Highlight text and press. Ctrl + Enter
We are
The world we leave, the world we enter, and the world between themAbout Stalin and Khrushchev
Military Reviewin Yandex News
Military Reviewin Google News
171 comment
Information
Dear reader, to leave comments on the publication, you must sign in.