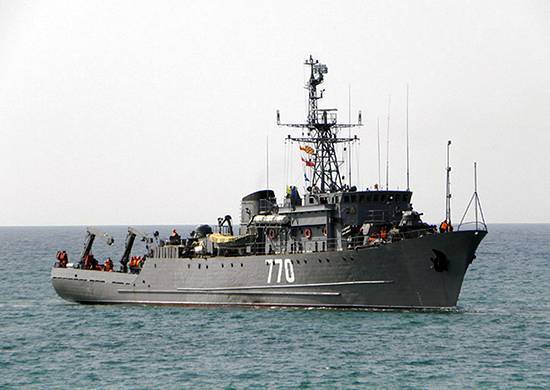 The naval minesweeper "Valentin Pikul" replaced another similar ship in the Mediterranean - the Kovrovets, which had been carrying out the tasks assigned since February 2016.

Today in the Mediterranean are 15 Russian warships, boats and auxiliary vessels of all fleets of the Russian Federation.

Ctrl Enter
Noticed oshЫbku Highlight text and press. Ctrl + Enter
We are
Kovrovets returns to the shores of SyriaThe action “Military service under the contract is your choice!” In Rostov-on-Don: future contract servicemen, exhibitions and “Russian Knights”
Military Reviewin Yandex News
Military Reviewin Google News
23 comments
Information
Dear reader, to leave comments on the publication, you must sign in.