Illarionov trying on the crown of the opposition Messiah? 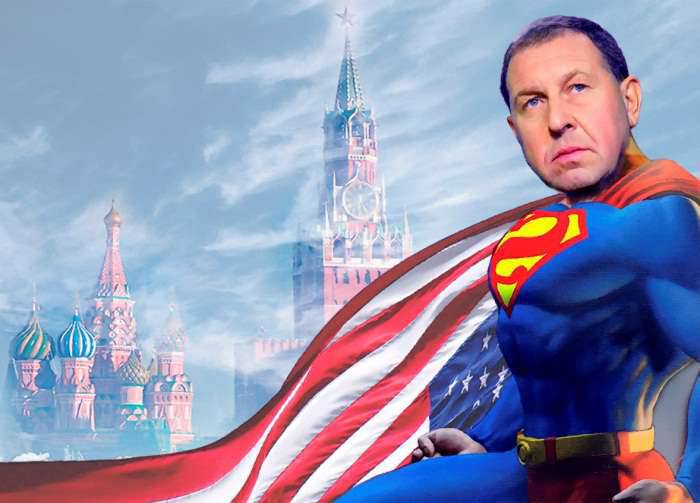 Attempts by the United States to create in Russia some kind of support for the promotion of its own, sometimes very inconsistent policy, are not being disputed now, perhaps, by no one. And, of course, the candidate for the role of a liberal savior for an authoritarian Russia is of the greatest interest. You do not need to be Snowden to filter out the information field to discover a political pawn, which, quite possibly, will soon turn into a general.
Meet the economist Andrei Illarionov. Relatively young, ambitious libertarian, born 16 September 1961, graduated from the economics department of Leningrad State University, where he studied with Alexei Kudrin, who served as Finance Minister of the Russian Federation for more than ten years.

From April 2000 to December 2005, Andrei Illarionov was Russia's economic policy adviser to President Vladimir Putin. He has served as the representative of the Russian president for leading industrialized countries and relations with representatives of the leaders of the G7 countries, as well as the chairman of the Interdepartmental Commission on the Participation of the Russian Federation in the G8. From 2006, he worked as a senior fellow at the Cato Institute's Global Freedom and Prosperity Center at the Cato Institute, whose office is located in Washington. In the same year, he published an article in the Russian press, timed to coincide with the G8 summit in St. Petersburg, in which he declared "the actions of the Russian authorities to destroy legality, violate human rights, stifle freedom of speech, eliminate democracy, discredit non-governmental organizations, nationalize private property" and further by the list. Since 2007, Illarionov has openly worked on the side of the "non-systemic opposition", has participated in demonstrations and rallies organized in Moscow and St. Petersburg by the Other Russia association. In 2008, he proposed to create a Civil Movement or a Civic Coalition and declared the illegitimacy of the Russian government. He sharply criticized the "reset" of US relations with Russia, spoke out with calls for Putin to resign. Ardent supporter of the expansion of the NATO bloc. He is married to a US citizen, whose name is kept secret (there is information that she is the daughter of the deputy director of the CIA).

How did I get to him? Quite simply, I analyzed the latest informational bursts of relevance to Russia and the references to the main opposition players convenient to Washington. One of the most scandalous (albeit unpromising) throwings is an attempt by the current Polish authorities to jump on the grave of President Kaczynski, who died in a plane crash near Smolensk. Let me remind you that then, Moscow, shocked and frightened by the incident no less than the Poles, gave them the "green light" to all expert research. The wreckage of the ill-fated plane turned inside out, and the "black boxes" recorded the presence of outsiders in the navigation cabin, who gave instructions to the pilots, which led to that terrible catastrophe.

Something else the previous Polish government could not catch from this bloody lake, no matter how hard they tried, however, the new cabinet uses this occasion to reduce internal political accounts. God is their judge, as they say, but what is important is that international aviation experts have been invited to impart at least some credibility to this balagan. From Russia, the commission of inquiry was asked include mister Illarionov. I understand that a professional economist (who failed to see the 2008 crisis approaching) is well versed in everything from aviation before abdominal operations. However, he only needs to nod his head and fasten with blood his personal signature all sorts of “information bombs” that can in the future make him an exemplary “Savior of the Fatherland”. I am sure that soon Mr. Illarionov will suddenly enter the world business elite and become a private guest on influential European and American television channels and radio stations. It is necessary to show the goods face. And not so much Russia, from which it is expected that it will submit to propaganda with habitual humility, but to the democratic community: they say that everything we have done so far is right, there is an alternative to Putin.

Ctrl Enter
Noticed oshЫbku Highlight text and press. Ctrl + Enter
We are
Russian expanse: from Ukraine to FinlandGeopolitical mosaic: Illarionov believes that the Kremlin is going to dismember Ukraine, aliens bought a tour to Egypt, and a New Yorker decided to kill Bush Junior
Military Reviewin Yandex News
Military Reviewin Google News
39 comments
Information
Dear reader, to leave comments on the publication, you must sign in.