Armament tests for the Barguzin are scheduled for the 4 quarter of the 2016.

17 May 2016
55
Throw test missiles for railway complex (BZHRK) "Barguzin" can pass already in 4-th quarter of this year, according to Look With reference to the general designer of the Moscow Institute of Thermal Engineering (MIT), Yuri Solomonov. 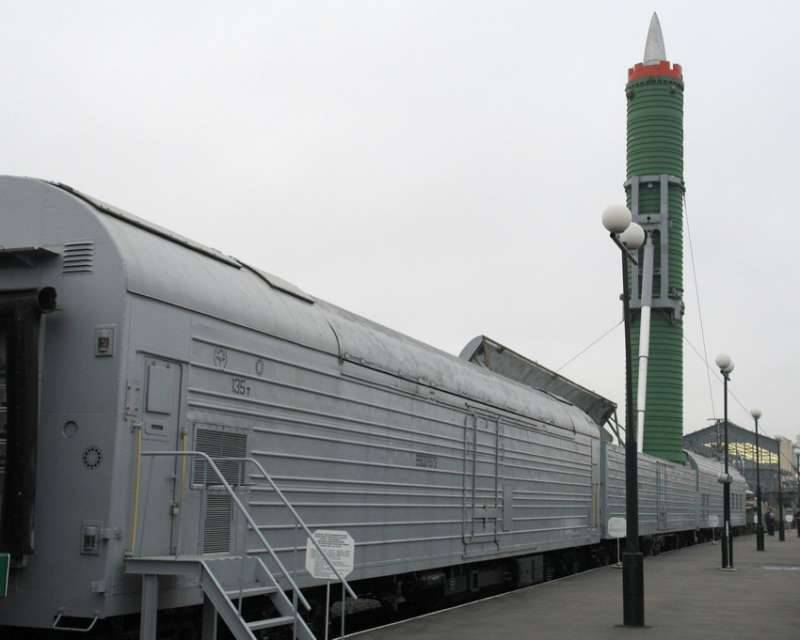 “According to BZHRK, as it was reported, so-called throwing trials are planned this year. They are carried out in order to verify the correctness of the design decisions made from the point of view of the impact of the rocket on the ground launch equipment. This launch is guaranteed to be completed - this will probably be the beginning of the fourth quarter of this year. And the state of affairs for today is such that it inspires absolute optimism that this will be done ",
said the general designer.

“Full-scale work on the complex will be deployed after making decisions on the results of throwing tests. The decision will be made early next year, ”added Solomonov.

Earlier, a source in the Russian defense industry complex announced the beginning of the creation of "separate elements of the combat railway complex."

Ctrl Enter
Noticed oshЫbku Highlight text and press. Ctrl + Enter
We are
"Barguzin" instead of "Well done" as a response to the missile defense systemDevelopment of the promising Barguzin BZHRK continues
Military Reviewin Yandex News
Military Reviewin Google News
55 comments
Information
Dear reader, to leave comments on the publication, you must sign in.