Teachings of "Crimeans, daughters of an officer" were held in the Pentagon

17 May 2016
57
A spokesman for the main US military department, Peter Cook, told the media about cyber attacks involving military personnel from special units that monitor the Pentagon’s computer networks (in Russia, these soldiers are jokingly called "officers' daughters"). In addition to military experts, the Pentagon attracted to the training operation and civilian hackers - a total of as many 14 thousands of people. Military experts tried to resist civilian hackers. 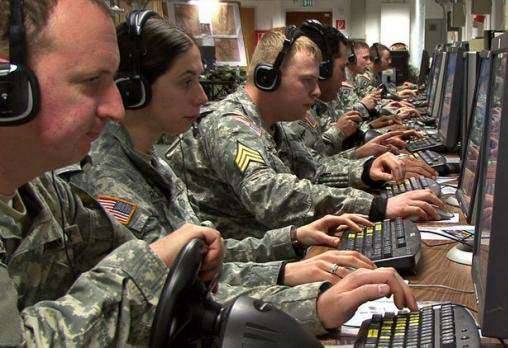 The complex of exercises, called the “Hack the Pentagon,” was intended to identify vulnerabilities in computer security systems of the main US defense department and, based on this identification, draw conclusions on strengthening cybersecurity measures. It is reported by the news agency TASS.

According to Cook, the cyber attacks were successful and made it possible to identify such "points of vulnerability" that previously could not be independently identified in the Pentagon. At the same time, Peter Cook noted that the most distinguished when attempting to hack the proposed services of the Pentagon hackers waiting for a monetary reward, and the participation of civilians in such events was carried out "on a voluntary basis."

The press service of the Pentagon says that the Minister of Defense Ashton Carter has not yet decided whether to continue to hold such events, and to what extent they meet the security standards of the military.