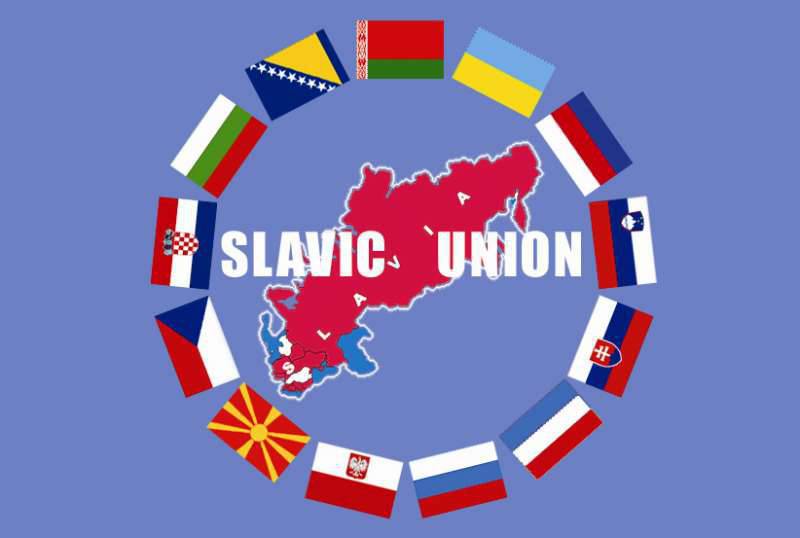 Dear friends, we are very upset that our native country came in first place in the spread of anti-Russian propaganda. But rest assured that the perception of Russia by Czech people is completely different. The carriers of the anti-Russian ideological war are not citizens, but a handful of corrupt political and media traitors and several individuals from NGOs.

However, their destructive strategy in the Czech Republic fails. The truth is that transnational predators plundered everything they could. And all this with the help of local collaborators. They managed to decompose education, get hold of the media, and they dream to completely rewrite history. However, the independent thinking of citizens, the historical experience of the people and the consciousness of mature souls cannot be bought.

We assure you that we consider the Russian people, like other Slavic and other peace-loving peoples of the world, our brothers. We are watching with great concern how the most influential bankers and corporations in the world are trying at all costs to provoke a military conflict between the EU and Russia. Rest assured, dear friends, that none of us voluntarily will engage in any conflict directed against our brothers. In this way, we would defile the common roots that go back to ancient Tartaria and even much deeper.

The people of our country, as well as neighboring states, see that the powers that be started this world’s greatest struggle for human consciousness. However, they underestimated the mentality of the Slavs, who have in their genes respect for the truth, for the higher laws of life and their roots.

In the same context, we perceive the Islamic invasion of Europe. We know that it is no coincidence that it, like most military conflicts and coups, is provoked by the United States. We see that “euro-founders” have sold the hegemony of Europe to the fate of Europe, and our traitors are selling our fate. But the more we are separated, the more we begin to rally. People have already understood that if we want to save Europe, we must first leave the EU, and if we want to save the world, then from NATO!

In the current period of accelerating time, probably all the evils of the world were released for the final battle with the good. Today, Russia is becoming a big hope for everyone with an exceptional political and economic strategist - President Vladimir Putin. Thank the Lord for you and your beautiful country!

Do not believe, dear friends, not a word from those that reach you from our media. This is not our voice, but the voice of those who want to destroy us.

We remain your friends, whatever happens. 1968 for a year, as we know, was not a project of our peoples, but of world hegemons who wanted (once again) to break the partnership of the Slavs and sow hatred in our hearts. Wishing good to all who open their hearts to good and wish good to others, and with the greeting “Long live and awake the Russian Bear!”

Your brother is the Czech Lion

From the Alliance of National Forces:

Oldřich укаukasz, Chairman of the People’s to People Civic Association,

Ctrl Enter
Noticed oshЫbku Highlight text and press. Ctrl + Enter
We are
Czech Free Press: The crisis in Russia is a hoax invented by the WestResults of the week. “To sell something unnecessary, you must first buy something unnecessary, but we have no money!”
Military Reviewin Yandex News
Military Reviewin Google News
306 comments
Information
Dear reader, to leave comments on the publication, you must sign in.