16 May 2016
108
In Israel, successfully tested a paraglider with a large carrying capacity, called the Flying Elephant, reports Rossiyskaya Gazeta with reference to the agency Flightglobal. 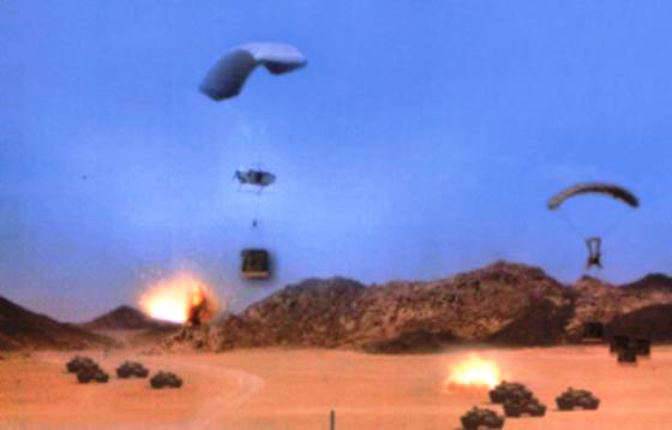 “The device, developed by a consortium of companies Elbit Systems and Bluebird, is a motorized paraglider, in which the wing is controlled by servo drives from the loading platform. The aircraft itself is equipped with an horsepower 300 engine. In the air, the Flying Elephant can reach speeds up to 83 kilometers per hour and deliver cargoes weighing up to 1,5 tons to a given point using GPS coordinates. ”- said the agency.

It is noted that all the UAV control equipment "is installed on a cargo platform, which is equipped with wheelsets and special shock absorbers, which ensures a soft landing."

The contract for the creation of this UAV was concluded in the interests of the Israeli Ministry of Defense in 2011. The military plan to use the device to deliver ammunition and provisions to the units in advanced positions.